By Dr. Charles Ormsby on September 14, 2013Comments Off on THINKING OUTSIDE THE BOX – If We’re Going to Bomb Something … At Least Make a Difference

“Should President Obama decide to order a military strike against Syria, his main order of business must be to kill Bashar Assad. Also, Bashar’s brother and principal henchman, Maher. Also, everyone else in the Assad family with a claim on political power. Also, all of the political symbols of the Assad family’s power, including all of their official or unofficial residences. The use of chemical weapons against one’s own citizens plumbs depths of barbarity matched in recent history only by Saddam Hussein. A civilized world cannot tolerate it. It must demonstrate that the penalty for it will be acutely personal and inescapably fatal.” 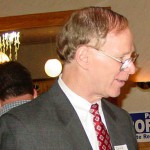 By the time this is printed, President Obama may already have responded to Bashar Assad’s despicable act of using chemical weapons against innocent civilians in Syria. In using poison gas to murder combatants or civilians, Assad violated the 1928 Geneva Protocol and, more importantly, violated the most basic strictures imposed by modern societies in the name of human decency.

Whatever punishment Obama inflicts on Assad, it is almost certainly too little.

In a recent Wall Street Journal article (see text box), Bret Stephens suggests that any strike against Syria by the United States should focus on killing Assad and destroying any remnants of his legacy. I sympathize with Stephen’s assessment because the only way to encourage future leaders to think twice, or more, before using chemical weapons is to make sure they know they are signing their own death certificate in the process.

A decapitation strike has a great deal of merit, but it should not be our number one objective.

Obama seems disinclined to wade into Syria with a substantial military commitment and for that we should all be thankful. While Assad’s coalition [Russia, China, Hezbolla, Iran and Iran’s starving sibling, North Korea] can accurately be characterized as evil, his opponents in Syria’s civil war are far from paragons of virtue.

Today, the Syrian rebels that share our values are dwindling. Their numbers have been reduced substantially because Obama failed to provide aid when they needed it. Many of the rebels who remain are associated either with the Muslim Brotherhood or with Al Qaeda and neither faction are deserving of our support.

So what are we to do? Is a decapitation strike our best option?

In the public discussion of potential response options, Iran is infrequently mentioned except when Assad’s allies are discussed. If we review the list of these allies, it is clear that none of them wish us well. Each of them would be pleased to see the U.S. sucked into another quagmire in the Middle East, a quagmire that would continue to drain our military and financial resources while sapping our national will.

One might even wonder if that is the plan behind the chemical attack.

It is doubtful that the axis of evil planned the Syrian civil war with this strategy in mind, but once the war was underway, Iran, Russia, Hezbolla and North Korea (and possibly China) may have pushed Syria to use chemical weapons in the hope of wrapping the U.S. into another Middle East tarbaby just as we are exiting Iraq and Afghanistan.

“Limited wars” such as those fought in Vietnam, Kosovo, Iraq and Afghanistan have bled the U.S. financially, militarily and psychologically. Our adversaries would love to see the bleeding continue in another asymmetric conflict where a dollar invested by them can drain one hundred dollars (or more) from the U.S. and our allies. What better venue than Syria where there is no lack of religious zealots to shed their blood attacking the great Satan.

So maybe we should upset their strategy.

Did you notice how little discussion there has been lately of the threat of Iranian nuclear weapons? It is being ignored because we are on crisis-overload: ObamaCare, the IRS and NSA scandals, our national debt disaster and, now, the Syrian WMD emergency. While each of these could threaten our nation’s future health, letting Iran make it to the nuclear finish line could have inescapable and devastating consequences to us and our allies.

And that finish line may be just months away. The Syrian crisis might be just the distraction that Iran needs to cover its rush to the nuclear goal line.

We cannot let that happen.

What better time than now to launch a surprise attack on Iran’s nuclear facilities? They have been given an endless string of warnings and have ignored numerous international sanctions. While they are focused on our imminent attack against Damascus, we should join Israel (and possibly other allies) in decimating Iran’s defenses and then pounding their nuclear enrichment and missile delivery assets to dust.

Immediately after the attack on Iran is initiated, we should send a clear message to Assad: “When we’re done with Iran, you are next UNLESS you do the following … ,” after which we would list some key actions such as destroying Syria’s chemical arsenal under the auspices of trusted observers. If he ignores these demands, we should go after him as outlined by Bret Stephens. We do not need to be in a rush. We merely issue his death sentence and carry it out when it is convenient for us.

The end result of this strategy is a substantial increase in our national security and a clear lesson to those who might contemplate the use of chemical or biological weapons. It may even set the stage for supporting rebel forces that share our values (if they have a chance of prevailing against jihadist rebels) or pave the way for dealing with North Korea, but, as suggested above: