By ValleyPatriot on April 30, 2014Comments Off on This Time Get It Right! 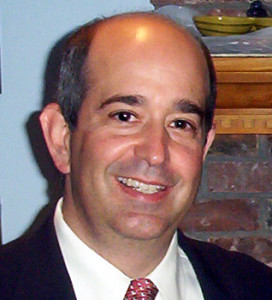 This admonition is for all the voters in the 2nd Essex and Middlesex Districts, meaning Andover, Tewksbury, Dracut and Lawrence. You are being given an opportunity for a do over. Coming to a voting booth near you in November of 2014 is a chance to put Alex Vispoli, candidate for State Senate for the above seat in office. I don’t want to spend too much time going over what could have been if you did this 2 years ago, but we were misled by Mr. Paul Adams, friend of former Mayor of Lawrence, Mr. William Lantigua, that he was more qualified to go against Mr. Barry Finegold in the general election. Obviously we were wrong and should have known better, but now we have a wonderful opportunity before us to make things right!

Why I am so excited about supporting Alex? It’s because he believes in smaller government and God knows what we need now more than ever is smaller and less government! Our government, I mean the way we rule ourselves in this country, was never designed to manage programs like health care, education and welfare and on and on. But because more and more liberal thinking and progressive thinking candidates have successfully fooled voters that they know better than our Constitution, we now have what we have which is a mess!

Alex has one opponent in this race that I am aware of at this time who is Mr. Pavel Payano, a member of the Lawrence School Committee and another friend of former Mayor of Lawrence, Mr. William Lantigua. It was Mr. Pavel Payano’s vote along with former Mayor of Lawrence, and former Chairman of the Lawrence School Committee Mr. William Lantigua and 2 other members of the School Committee who are responsible for the takeover by the State Department of Education of Lawrence’s public schools. They voted to undertake a nationwide search for a new School Superintendent after being informed that the time to conduct a successful search was well past. Most good candidates had already been placed in school districts across the country. But being a Lantigua wannabe and wanting to not go against his mentor, he voted to go ahead with the search. Consequently, the search was not successful. This action, this vote was interpreted as a lack of leadership by the then school committee, which led to their decision to take over Lawrence’s Public Schools. This my fellow voters and friends, is not someone I want representing me on Beacon Hill! Mr. Pavel Payano is most definitely a friend of Big Government which we really can do without.

Thank God we have an alternative to this intrusive and big government candidate Mr. Pavel Payano, and that is Mr. Alex Vispoli. Alex truly is a leader we can trust. He has been an Andover Selectman from 2004 until present and Chairman of the Board of Selectman, 2006, 2009, 2010, and 2013. He was elected to Massachusetts Municipal Association Board of Directors. He is currently representing the Essex and Middlesex Counties on the Massachusetts Selectmen’s Association and a member of the Governor’s Local Government Advisory Commission. He was elected to the planning board- Norfolk- 1989-1996. He also served as Representative on the Metropolitan Area Planning Council and has a 25 year career in Information Technology Sales and Marketing in leadership roles, including current position as Director of Business Development.

He has Community Service experience in volunteering for Boy Scouts and coaching Youth Sports. Member of Saint Augustine Parish, Knights of Columbus and Service Club of Andover, married with four children.

He is the right man for this seat as our State Senator of the 2nd Essex and Middlesex District. Please join me in voting for Alex, you will be glad you did and you will be well represented! Please go to http://www.alexvispoli.com/ and check him out for yourself, you won’t be disappointed.

God Bless you all, Peter Larocque

Peter Larocque is a former member of the Lawrence School Committee and is a regular columnist for The Valley Patriot. You can email him at: peterlarocque@hotmail.com