PERISOCOPE – With the advance of technology, The Valley Patriot is now using a cell phone application called Periscope to do live video interviews online. On Election Day, we were able to get out to Lawrence and Methuen to interview the candidates and some of their supporters. As soon as we got LIVE on the scene, a link appears on my Facebook and Twitter pages where you can watch directly through your social media app. I am at @Valleypatriot to follow me on Twitter. Follow my personal page as well.

MIXLR – The Paying Attention Radio program can now be heard the same way, as you can watch our live streaming videos. Using the MIXLR application, we are now streaming the show live online through Facebook and Twitter. The show still airs from 10-noon on Saturdays. But, with this technology we are also doing live audio streaming of important events, crime, fires etc. So, if you are not following me on social media, you are REALLY missing out.

The voters of Haverhill have spoken and City Councilor Bill Ryan (the weasel), as well as his protégé, School Committeeman Shaun Toohey (his son in-law), have both been thrown out of their respective elected positions. I predicted this was going to happen a year ago when Toohey ran for state senate and lost to Kathleen O’Connor Ives. Toohey and Ryan ran a dirty campaign for senate, breaking all the rules including being caught cheating during debates, Ryan being seen by hundreds of Haverhill voters illegally placing Toohey signs on highways, state and city buildings, and many of their signs were never picked up at the end of the election. It was good to see the people of Haverhill were paying attention to the Ryan/Toohey shenanigans in 2014.

Lawrence School Committeeman Jim Blatchford looked like he was set to capture a seat on the city council in the at-large race after placing 3rd in the primary (three were elected in November). But a funny thing happened on the way to the November election. With Blatchford defeating Nilka Alvarez (who placed 4th) in the primary election, any competent political strategist would be advising Blatchford to distance himself from Alvarez and attack her dismal record as a councilor. After all, looking at the Primary election results, it was clear either Blatchford OR Alvarez was going to take that third spot. Instead, Dan Rivera helped Alvarez defeat Blatchford (not on purpose, obviously) by endorsing Blatchford and then turning around and endorsing the only person who could beat him… Nilka Alvarez. What’s more, instead of driving people to the polls on Election Day, or doing something to maximize Blatchford’s vote, he was at the Parthum school holding a sign for District Council candidate Myra Ortiz (who lost). He may be a good mayor and a decent guy, but Dan Rivera has proven he needs to get better political advice and dump whoever advised him how to handle this mid-term election.

During the election last month, those of us who actually care about getting the facts about the candidates checked the City of Methuen website for postings of the candidate’s campaign finance reports. The finance reports show the donations and expenses of each candidate and should be looked at by every voter before choosing a candidate. To our dismay, the City of Methuen never posted the reports prior to Election Day. Let’s see if we can get this changed before the mayor’s race in two years.

If it isn’t clear by now that the people of Lawrence are incapable of running their school system, consider this: Last month there were six open seats on the Lawrence School Committee, but only two of those races had any candidate at all on the ballot. Given that the Lawrence schools are in state receivership (meaning the state Dept. of Education is running the schools), and the elected school committee has no power at all, it might make more sense to just do away with the Lawrence School Committee until such time as the state decides to turn the school back over to the local voters. Let’s face it; the Lawrence schools are a mess. The administrators and principals are more worried about political correctness and government paperwork than teaching children in the classroom, and the teacher’s union has sold out their members to the state. The dropout, teen pregnancy, and discipline rate are among the highest in the state and test scores are among the lowest in the state.

With nobody on the ballot for School Committee in Lawrence’s District A (Prospect Hill) last month, our Muslim friend Kemal Bozkurt launched a last minute write-in campaign and captured the open seat with 70 write in votes. Bozkurt defeated another write-in candidate by 8 votes.

WHO’S IN, WHO’S OUT IN METHUEN? 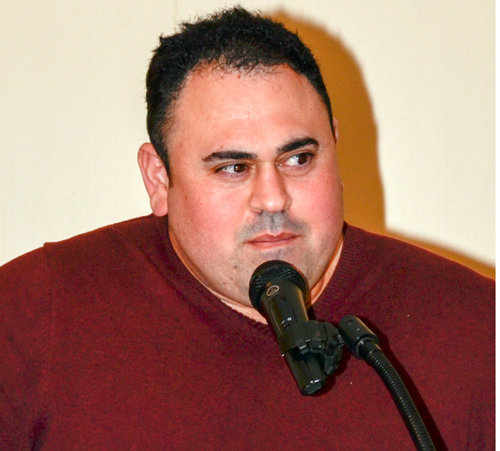 In the Central District, Jamie Atkinson and Lisa Ferry had no opposition, and in the West End, Councilor George Kazanjian kept his seat. With Sean Fountain running in the at-large race, Lynn Vidler edged out former councilor Ken Willette for the open seat.

For School Committee voters choose six out of the eight candidates. Newcomer Nick DiZoglio won a seat, as well as Jana DiNatali, who was initially appointed to fill a vacancy. Incumbents being re-elected were: Brian Sweet, Lynn Hajjar Kuum, Joyce Campagnone, and Bob Vogler. Not re-elected was DJ Deeb who lost to Brian Sweet by four votes. Deeb says he will not call for a recount.

With the Methuen mid-term elections over and Mayor Steve Zanni unable to run again because of term limits, local political observers are starting to speculate as to who may be running for mayor in 2017. For one, Councilor Jim Jajuga thought he was going to top the ticket and eye an easy win for mayor in two years. But a funny thing happened on his way to the mayor’s office. Former councilor Jen Kannan, who ran for mayor against Zanni two years ago, defeated Jajuga in the citywide council race. What this means is that Jajuga is not quite as Teflon as most political observers thought. A Kannan and Jajuga faceoff for mayor in two years could prove interesting. But wait, also rumored to be looking at a mayoral run is Councilor Tom Ciulla. Ciulla has never lost an election in Methuen, topped the ticket in the East End, and has the distinction of also never losing an election in Everett, where he won five times in a row. Sean Fountain’s name has been bantered about, as has Councilor Ron Marsan’s. Whoever throws their hat into the ring in 2017, it’s going to be a big field of candidates. 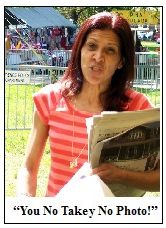 Our favorite federally indicted illegal alien, Dirma Espada, AKA Milagros Dominguez, AKA Milagros Mattias, AKA Milagros Espada, was on hand on Election Day holding a sign to recall Lawrence Mayor Dan Rivera. Dominguez worked on former mayor Willie Lantigua’s campaign and was by his side through the mayoral recount that saw Rivera edge out Lantigua by 84 votes in 2013. I find it hysterical that an illegal alien who has gamed the system for so long would continue to publicly involve herself in local politics and nobody does anything at all about it. No wonder Lawrence has become a sanctuary city. How else is Willie Lantigua going to stage his big comeback if he doesn’t’ have thousands of illegal aliens to vote for him?