By Tom Duggan on October 16, 2012Comments Off on Toohey Caught Cheating at League Forum – Rhoton Snubbed

The Haverhill League of Women Voters held what they called a candidate forum last night among candidates for State Representative and the 1st Essex Senate District seat. 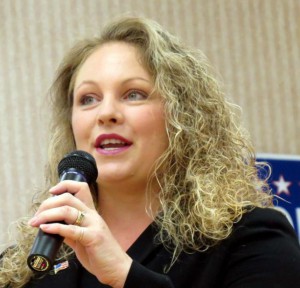 Before the debate was over, however, several members of the audience walked out in protest when the moderator announced that State Rep. Candidate Karin Rhoton (seeking the 14th Essex State Rep Seat) would not be allowed to participate because her opponent Diana DiZoglio did not show up.

Lynne Quinlan of North Andover said the she could not stay and watch the debate saying it was “just not right”.

“Karin came prepared and ready to participate in the conversation and she is being penalized because her opponent has not shown,” Quinlan said.

“And it’s wrong. It’s absolutely wrong. Karin made the effort to actually show up and did her homework to discuss these issues and she is here and she is being penalized. Incredibly upset about it. It’s just not fair. Karin’s not going to get to speak. I’m appalled by this policy and I am not staying.”

State Representative Linda Dean Campbell had no opponent and she was allowed to participate.

League President Eva Valentine defended the policy of not allowing candidates to participate if their opponent does not show up saying “it’s a policy of the League so that it doesn’t appear as thought we are favoring one candidate over another.”

But some in the audience were not buying it.

“I don’t buy for one minute that this has anything to do with appearance of favoritism, that just doesn’t make sense,” one male audience member said on his way out. 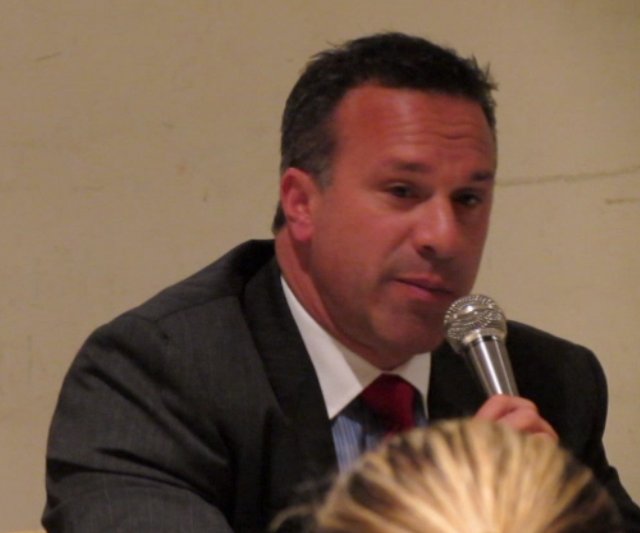 Throughout the “candidate forum” held at the Haverhill Library Monday evening Haverhill City Councilor Bill Ryan, who sat in the front row, a few short feet from his son-in-law (Republican candidate Shaun Toohey) was observed giving answers to Toohey while other candidates were speaking.

Ryan in previous debates was much quieter and only mouthed answers to Toohey but in the League of Women Voters Debate he vocalized talking points to Toohey angering two of the other candidates. 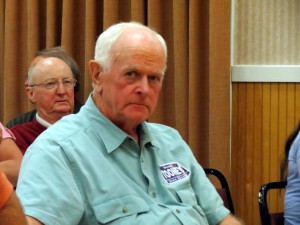 This is the sixth time the Valley Patriot has observed councilor Ryan helping Toohey cheat in a debate/forum.

At a Chamber of Commerce debate held at DiBurro’s last month, Ryan was seen and heard by our Valley Patriot reporter who sat just inches from Councilor Ryan throughout the entire event.

“I saw him giving the answers to him from the front row and I didn’t say anything but he was giving him answers,” another candidate said.

At the end of the debate, one Toohey supporter (his mother in law and the wife of Haverhill City Councilor Bill Ryan) attacked a reporter calling him “fag and faggot” after complaining about the coverage Toohey received in the newspaper.

“You realized you are making gay slurs in front of a group of people? Right?” the reporter responded.

“Oh you don’t like faggot? How about Sissy? Do you like that better? No, you are a fag, want me to say it again?”

State Representative Lenny Mirra observed the exchanged but walked away without responding.