By Tom Duggan on September 28, 2016Comments Off on Tornados and End of Summer 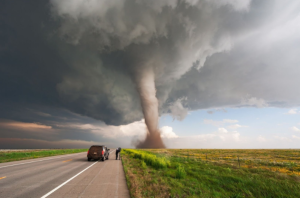 With September now here we can say good bye to meteorological summer, which is from June through August. This year August proved to be a very hot month. This was due to a strong upper level HIGH PRESHA system in the Atlantic Ocean known as the Bermuda high.

This Bermuda high pressure system pushes the jet stream to our north. This puts our region on the south side of the jet stream which is the hot side. We saw many days with temperatures in the middle 90‘s with some in the upper 90‘s. This weather was great for going to the beach and being on vacation. The one negative to this summer’s weather has been the continuation of our severe drought. This drought has been caused by the weather pattern we have been in. Even though we have drought conditions here in New England, we saw severe flooding this summer in New Orleans and areas along the Gulf of Mexico. Peak hurricane season has arrived and occurs from mid August to mid September. In late August we have seen the tropics start to get active with an increase in tropical system development. 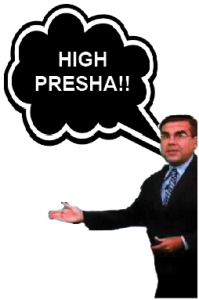 We could surely use some heavy rain from a tropical system, without getting wind damage. Time will tell if a tropical storm or hurricane moves up the east coast this year. The reason for the time period for peak hurricane season is that the ocean waters are the warmest. Hurricanes like to develop with ocean waters of eighty degrees or higher. They weaken when they move over land because they lose the heat they get from the ocean. Also the friction from the land lowers the wind speed of the storm.

During the month of August we saw some severe weather with a tornado confirmed by the National Weather Service in Concord, MA. The tornado occurred on Monday morning August 22 at 3:20 AM and was on the ground until 3:30 AM. The tornado was classified as an EF-1. The intensity scale goes from EF 0 to EF 5; an EF 5 tornado is the strongest. Winds with and EF 1 tornado range from 86-110 miles per hour. Wind speeds with an EF 5 tornado are greater than 200 miles per hour. The maximum path width of the Concord tornado was 400 yards. The path length was one half mile. Fortunately there were no deaths. Usually tornadoes and severe weather occur late afternoon during max heating; however, the Concord tornado occurred at night. We call this a nocturnal tornado. Nocturnal tornadoes are rare.

The tornado caused damage to about 39 homes. Many people lost power due to downed trees and power lines as a result of the strong winds. After severe thunderstorms occur and trees fall, the damage has to be surveyed by the National Weather Service. They have to determine by looking at the damage if trees have fallen in straight lines or in a circular fashion. If the trees have fallen in straight lines, then this was not a tornado, but a microburst. A microburst consists of strong straight line winds. There is no rotation with straight line winds. A tornado has rotation and the trees are down in a circular path. It is not impossible for New England to get tornadoes. However, they are not as frequent as the southern states. The result of the Concord tornado was the approach of a cold front which collided with some strong winds aloft.

Now with September here, we are starting to see the days get shorter with earlier sunsets. This will cool temperatures to eventually become cooler, with chilly night time temperatures. We will start to see the level change color as a result of the cooler temperatures.

Peak foliage in the Merrimack Valley usually occurs around the Columbus holiday weekend. After this, the peak color moves south and occurs on Cape Cod and the south coast the towards the end of October. As we move into fall we will start to see some coastal storms develop.
We could surely use coastal storms this year for the rainfall due to the severe drought. Next month we will recap the weather in September and look to see how the foliage is progressing. Enjoy what warm sunny weather is left for this season.

You can email Al Kaprielian your weather questions. 7al61@comcast.net