By Tom Duggan on January 9, 2014Comments Off on Truck Crashes into CVS on Main St. in North Andover Three Rushed to Hospital 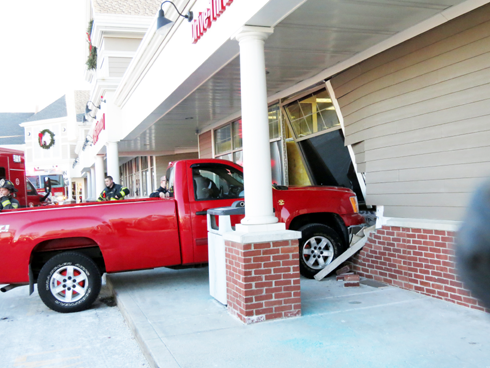 Workers at the Main Street CVS were jolted from behind when a Sierra SLE crashed through the wall sending two workers to the hospital with multiple injuries and the driver also headed to Lawrence General saying he passed out behind the wheel.

Within second of the accident multiple ambulances were on the scene as well as North Andover Police and Fire.

We will update this story when we have word on the condition of the victims.

One witness told the Valley Patriot that it looked as though the driver of the truck never hit his brakes.

Truck Crashes into CVS on Main St. in North Andover Three Rushed to Hospital added by Tom Duggan on January 9, 2014
View all posts by Tom Duggan →