By Dr. Charles Ormsby on January 24, 2016Comments Off on Trump: Savior or Charlatan? Ted Cruz: The Real Conservative 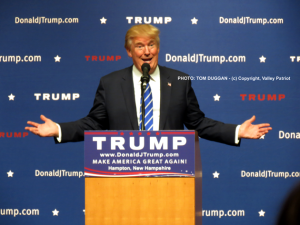 On Tuesday, February 9th, New Hampshire will hold its presidential primary election to determine the New Hampshire delegates to the Republican National Convention. Massachusetts holds its primary on March 1st (Super Tuesday) along with eleven other states.

So, Republican voters in New Hampshire and Massachusetts have only a few weeks to select their preferred candidate in what, I would argue, is one of the most critical elections in America’s history.
The election of Hillary Clinton next November would ensure that the destructive changes wrought by Obama over his eight-year reign will become ingrained and, almost certainly, amplified. The miracle of the American Revolution may be dealt a mortal blow.

But beware; another equally destructive outcome is also possible. If a Republican is elected who does not understand classical liberal principles (not to be confused with modern/progressive liberalism), we may end up squandering our last best hope for liberty.

This may be our final chance to excise the socialist cancer that now permeates our public institutions while simultaneously reviving a society based on the primacy of individual liberty, free markets, and the rule of law based on the original intent of our Constitution.

Which brings me to Donald Trump. If elected, would Trump capitalize on this opportunity to right the national ship, or would he steer us onto the rocks?

I appreciate the factors that have driven up Trump’s poll numbers. There is a nearly endless list of grievances that can be cited to justify the anger that motivates Trump supporters. Trump exudes righteous anger and flouts the strictures of political correctness that have kept our anger bound up for so long. Voicing our discontent in terms designed to offend the progressives that have silenced us for so long is a joyous experience.

But, while voicing our anger, we must also recognize that this election is about the serious business of restoring the fabric of American society and we won’t get another chance to make such wholesale changes for a long time. Today the nation is amenable to the radical changes needed to restore liberty, but the window of opportunity may be short-lived.

In the years leading up to the 1980 election, Reagan was derisively referred to as a B-grade movie actor and a right-wing extremist who would start World War III. Goldwater was given similar treatment in the early 1960s. Is Trump just another conservative being slurred by the media? Or is he this election’s Reagan or Goldwater?

As much as the left detests Trump (a good credential in my book), it is important that we vet him as a true conservative to assure ourselves that if he is elected, we achieve our goals and not cause further damage. Remember, if we endorse Trump as a conservative and he screws up, it reflects on the conservative movement. Trump better be the real deal or we will hand the enemies of liberty a long-term victory. We cannot afford to let that happen.

In the case of Reagan and Goldwater, it was clear that they had done their intellectual homework. While I don’t know the content of their libraries, it was obvious, based on their every-day pronouncements and their political instincts, that they had read, studied and thought in-depth about such writers as Locke, Burke, Bastiat, Chambers, Hayek, Rand, Hazlitt, Friedman, von Mises, Podhoretz, Buckley, etc.

Goldwater and Reagan were thoughtful, intellectually grounded conservatives. Their “theoretical” foundation provided the guidance they would need to govern effectively as conservatives. Unfortunately, Goldwater never had the chance to re-make America, but he did pave the way for Reagan. And when Reagan was elected, it was his decades of conservative reading and thoughtful reflection about conservative principles that led to his success as president.

Regretfully, I do not believe that Trump has done his conservative homework and I am not confident that he has developed an understanding or appreciation for conservative principles. I don’t think he is familiar with Hayek or von Mises or even Friedman. A weekend read of “Free to Choose” would be helpful, but it really takes years of exposure to the writers previously mentioned to build the needed instincts.

I’m not advancing myself for president, but even as an undergraduate physics major at Cornell I was reading Rand, Hayek and von Mises (although I did start with the less imposing “Conscience of a Conservative” by Goldwater as a senior in high school).

A similar interest in liberty, economics, and the ideas that animated our Founding Fathers is what should characterize the candidate we nominate for president. Only then can we trust that he/she will faithfully and successfully re-build an American society that allows Liberty to thrive.

In my judgement, Trump is not the best choice among the candidates currently vying for the Republican nomination. In fact, while I admit to some possibility of being mistaken, I’m very concerned that he could be elected under the banner of conservatism, and then be extremely ineffective in restoring our government in accordance with true conservative principles.

So who is the best candidate for true conservatives? 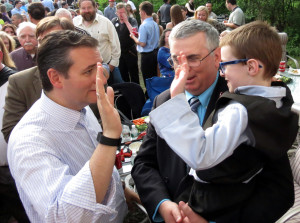 With instincts developed over the last half century, I strongly support Ted Cruz. It is clear that he is an educated conservative who values Liberty and who understands both the Constitution (its original intent and its theory of operation) and free market economics. Critically, he understands and takes seriously the primary mission of government: protecting our liberties against threats both foreign and domestic.

Whom do you trust to stop the expansion of our national debt and reduce it while rapidly growing the economy?

Whom do you trust to replace ObamaCare with a free market healthcare system that works (not a re-designed government program)?

Whom do you trust to eliminate the 75,000-page income tax code and reign in the IRS’s abuse of our liberties?
Whom do you trust to save Social Security for those retired or near retirement while transitioning future retirees to a system where they own the accounts and can pass their savings on to their heirs (instead of the government stealing their savings and replacing them with IOUs)?

Whom do you trust to eliminate the Department of Education and return control of teaching our children to the states?

Whom do you trust to tame the bureaucratic state that currently runs roughshod over our rights and to transfer control of lawmaking from unelected bureaucrats to the elected members of Congress?

Whom do you trust to appoint strict constructionists to the Supreme Court so that our Constitution will be upheld as originally intended?

Whom do you trust to re-build our military and foreign policy so that America is respected around the world (trusted by our allies and feared by our enemies)?

Whom do you trust? Yes, that is the question.

I’m not certain if Trump is our savior or if he is a charlatan. But I’m fairly certain that he is not prepared to succeed as a conservative president.

On the other hand, I am confident that Ted Cruz has the intellectual foundation and belief system needed to turn around much of the damage done to America over the last century.

I hope those who have found value in my columns over the last decade will support Ted Cruz. Among all the candidates, he has the best chance of being America’s next Ronald Reagan.