By Paul Murano on July 8, 2012Comments Off on Is Contraception Health Care? 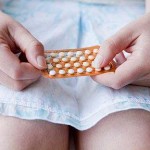 Now that the Supreme Court has struck down the individual mandate as unconstitutional and in effect declared Obamacare to be the largest tax is U.S. History, the court may next focus on the related issue of whether or not religious institutions must violate their consciences to provide contraception and abortifacient drugs and devices to their employees.

There are two basic questions here:

1) Do religious establishments have the human and constitutional right to practice their religion according to their conscience?
2) Is contraception health care?
These are two very different, albeit related, questions – the first is important to the Catholic Church while the second is important to all citizens. An honest answer to the second would make the first question moot. Let’s take a quick look at both.

1) What constitutes freedom of religion? The Obama administration seems to be attempting to do what the cultural left has been attempting for decades – to marginalize religion to mean only “worship”. Every religion, whether it be monotheist, polytheist or pantheist, includes three distinct elements: faith, morals and worship. Faith includes a creed of beliefs, morals a code of conduct, and worship a ritual for uniting with the Deity.

The Obama administration as well as the cultural left in general seeks to narrow “religion” to mean only worship; and the reason is pretty clear: If religion can be narrowed to mean private belief and worship only then any governmental dictate will be immune to conscience clauses and the true meaning of human and constitutional liberty.

The second question is more basic than the first, yet less easy to see for most.

2) Is contraception health care? To answer this we must first inquire into the meaning of health care. Since health is lack of disease and proper human function, then health care refers to the healing of an ailment or the maintenance of physiological/psychological well being. Regarding the issue of contraception, here is the question to ask: Is pregnancy a disease? Or is it a sign of good health and proper human functioning? If pregnancy is not a disease, and pregnancy is a sign that the reproductive system is working properly according to its nature, then contraception is not health care. In fact, it’s just the opposite. Contraception seeks to impede proper health and function by either filling a woman with unhealthy and unnatural hormones or providing a barrier to impede healthy natural physiological function. Hence, although we have been so conditioned by our culture to believe that contraception is health care, it is instead just the opposite.

So what does reason conclude? The bottom line is this: The question of whether or not the Church has a right to follow conscience and practice freedom of religion should be, in truth, an unnecessary question because, since contraception is not health care, it should not be in anyone’s health care plan. No one’s taxes, whether they be religious or otherwise, should go toward paying for something that impedes proper health in the name of health care.

That would simply be dishonest and unjust.

Paul Murano teaches philosophy at North Shore Community College and theology at the College of Saint Mary Magdalen. He is host of Beneath the Surface television show at Burlington Cable Access TV and is co-host of the Paying Attention Radio program. Paul is also chairman of Heartbeat Pregnancy Help center in Burlington and is a