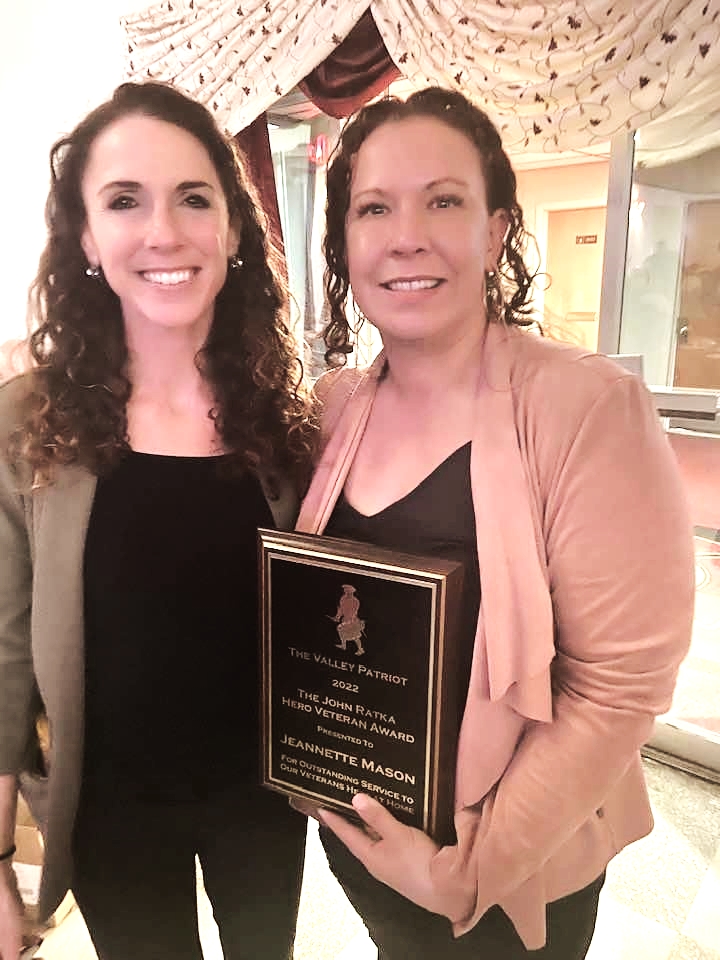 A very active member of University of Massachusetts at Lowell’s Student Veterans Organization, I met US Army Veteran Jeannette Mason at ML Shaw’s Diner in Dracut for breakfast. She served our nation in Afghanistan, attached to the 101st Airborne Division, as an Airborne Parachute Rigger. The military job is categorized as military occupational specialty (MOS) 92R.

We discussed some of the fantastic officers and noncommissioned officers she served with, and some that were not so good. Jeannette said that she experienced periods of military service that were very rewarding with good leadership, and she felt serving was a real grind when assigned to units cursed with toxic leadership.

After serving ten years in the US Army, she left to attend the University of Massachusetts, currently working towards her Bachelors in Psychology. Jeannette chose the University because of its relative proximity to her family in upstate New York. She is scheduled to graduate in May of 2022 and plans on heading off to Florida Southern College to pursue a Masters in Science in Industrial and Organizational Psychology. Florida Southern has won thirteen NCAA Division II Golf titles and in 2010 was awarded the William M. Burke Presidential Award for Excellence in Experiential Education. 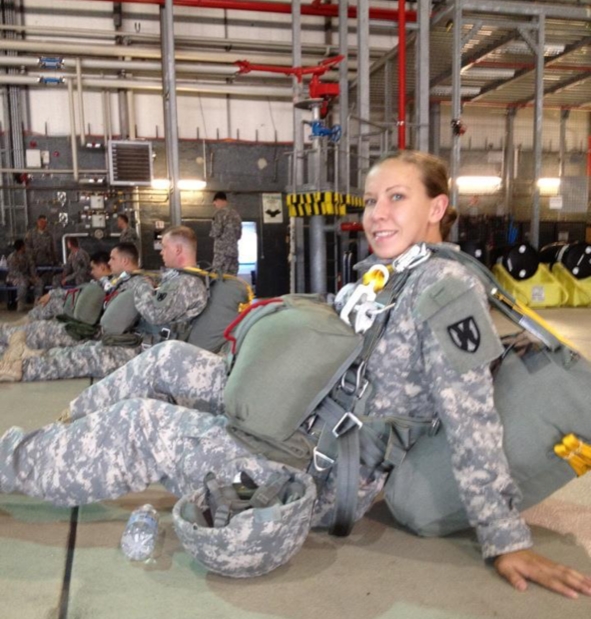 Currently she is involved with the Student Veterans Organization, serving as the group’s Secretary. Jeanette is also serving as the Secretary of the Psi Chi National Honor Society for Psychology / UML Chapter. She is also active in helping other Veterans in the Hidden Battles organization.

I asked her about Afghanistan; here are her thoughts in her own words. No editing, I left her thoughts as her own!

“When I deployed in support of Operation Enduring Freedom (OEF) in 2011, I was newly married to another service member.

Our marriage was rushed and problematic. Much like a lot of current marriages and relationships in the military culture, which leads to a very high divorce rate.

When duty called, he wanted me to get pregnant to get out of deployment, instead of supporting me through my duties. As a young woman I obviously was scared to go to war, but also always wanted to experience deploying to the Afghanistan Theater, and as a proud soldier, I knew that simply just having a child to escape the war was not the answer. If it hadn’t been for my OEF experience and honoring my duties, the experience wouldn’t have taken me out of a complicated and tumultuous relationship, which allowed me to realize my worth and what I deserve.

Although Afghanistan was one of the hardest experiences of my life, it was also one of the best. Serving in a dangerous place, working to the bone, rigging loads tirelessly into the wee morning hours to support direct artillery and infantry units. We often worked 24-hour shifts. The life changing experience of losing five comrades to a suicide bomber. I remember waking up each day, driving on, filled with anxiety and thoughts of “Will it could be me today?” 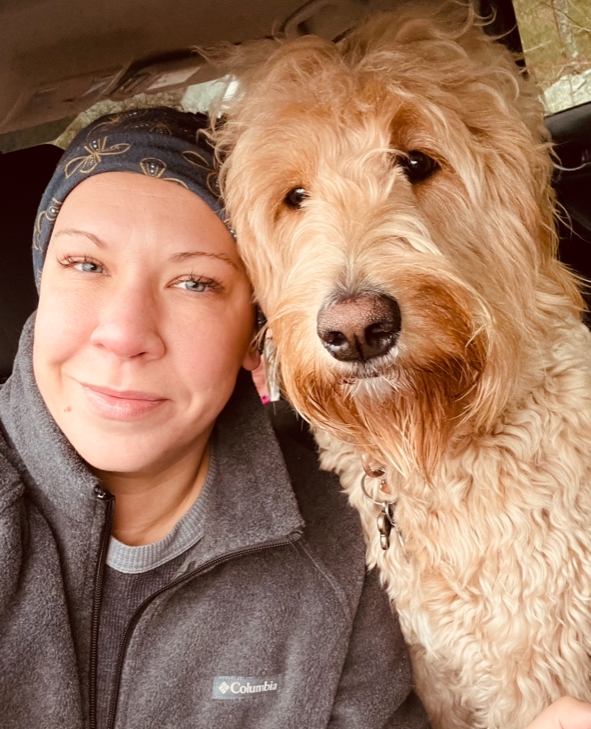 Although this was all hard, and I am still healing today, I wouldn’t change a thing. Why? Because it was in the military, especially OEF, where I built my strongest, most meaningful connections of friends whom I’m still close with today. Those bonds we formed as Soldiers are everlasting!

The military has played a huge part in shaping me and motivating me to do what I’d like to do now and that’s help Veterans find meaning and purpose again after the Military. I paid into the GI bill and utilized the funds during my first two years at UML, then switched over to the Vocational Rehabilitation Benefit toward my last year. The Vocational Rehabilitation will be putting me through my master’s program in Florida Southern.

I’ve learned a lot through my own experiences and struggles with these systems, it can be difficult navigating the Veterans Administration, the GI Bill, the VA Medical system. I am still learning, and I don’t believe anyone of us stop learning in our life. I just hope that I can help others along the way. Last thing I’ll say, and I stand by this. As individual human beings, we must be a personal advocate for our own health! No one knows you better than you! Ask the questions and dig, no one’s going to do it for you!

Also, I find it important to mention, my service animal and bestie, Dixie Rose. Getting out of the military and entering civilian lifestyle after some time can be challenging and Dixie brought me back to life when I felt I needed it the most. I was in a deep depression, in which I still struggle and have my moments but seriously she makes a world of difference to me daily. She keeps me accountable each day, she is patient with me. She is always there to make me laugh, and she’s there when I cry, and the world is heavy.

She also accompanies me to the VA in Bedford every week to my appointments. Every patient, nurse, doctor, fellow veteran that crosses Dixie and my path, she brings joy! In watching her kind gentle soul greet others as she does, in return it deeply brings me joy as well. Therapeutic really. I eventually want us to get involved in the volunteer therapy dog program at a VA… to spread positive moral and joy to others. Maybe even after we both move to Florida.”

I found Jeannette’s own words, so powerful, I did not change them. She has an older sister who served in the US Air Force, a younger sister who is a devoted caring nurse and an older brother. Her family lives in the Catskill Mountains of New York, the area was made famous by the book “The Legend of Sleepy Hollow” by Washington Irving, written in 1820.

Ending this story in Jeannette’s own words, “So many possibilities”…
The Dracut American Legion asks all World War II, Korean War, and Vietnam War Veterans, to call (603) 518-5368 and sign up for an Honor Flight to the Memorials in Washington DC! Veterans of all eras are asked to go the American Legion’s Web site www.legion.org, and join the American Legion, working with Congress, preserving our Veteran’s Benefits for future generations.

John Cuddy served in the US Navy’s Construction Battalions (also known as the Seabees) after retiring from the US Navy; he earned a bachelor’s in history and a master’s in economics from the University of Massachusetts on the Lowell Campus. He has been employed in Logistics at FedEx for the last 25 years.

If you know a World War II, Korean War, or Vietnam War, Veteran who would like their story told, please email him at John.Cuddy@Yahoo.com ◊