By ValleyPatriot on September 27, 2014Comments Off on Using EFT with Hypnosis for Phobias – MIND OVER MATTER WITH JERRY VALLEY 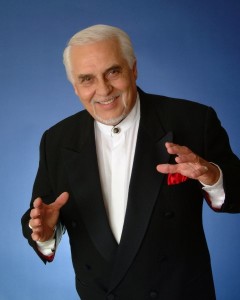 Yes, I have used EFT (Emotional Freedom Techniques) for several of my clients in addition to the hypnosis modalities that have been very effective.

EFT is a method of tapping certain points on the client’s body that essentially re-aligns the meridians in the central nervous system. I call it “Acupuncture without the needles.”

One of my best accomplishments was recently experienced by the client and me as well. When she released her phobia of needles, she, her mother and I were all elated.

I always tell my clients that “Your success is also my success,” because your accomplishments give me a personal satisfaction.
This client was 18 years old and presented herself at my office accompanied by her mother who was 100% supportive as they both looked to me as a “Last resort.” I am sure that you in the field of hypnosis can certainly relate to that.

Her problem was that she had a phobia about needles so dramatic that she could not only look at a needle, but could not even say the word! If she saw a needle, she would panic and cry and sometimes even faint.

She was scheduled to have a blood test soon and desperately needed to overcome her fear. So, I decide to test her and I showed her a syringe and she panicked and started to cry. I put the syringe away and calmed her down.
We had a nice informal chat and discovered that this phobia started a few years ago about the time that she broke up with her boyfriend.
I asked her mother to step out into the lobby while I interviewed the client privately and assured her that our conversation would remain completely confidential. Her childhood seemed normal with no apparent abuse. She also stated that she was not involved in the illegal drug scene, although had “Tried” Pot once or twice and insisted that she did not continue. I believed her. She seemed quite sincere. As a counselor and consulting hypnotist, I have learned in my career how to “Read” people and I am right most of the time.

We continued with testing such as the “Eye Roll,” “The Arms Rising and Falling,” and the Falling Back test (I find this to be the test of trust. She was highly successful in all 3 experiments. She was very impressed. I have always believed that the 3 most important elements in judging a subject’s receptivity and response to hypnosis have been IMPRESSIONABLILTY, IMAGINATION AND TRUST. When you have all 3 in a client, you are just about guaranteed success……….remember I said “Almost.”

I told her that I would record the session for her on audio tape and that I needed her to listen to it one hour before bedtime and then listen to it again, in bed, as she fell asleep.

This method seems to work quite well especially if they listen to the tape for 21 consecutive days. She was very agreeable.
I taught her how to do the Tapping (EFT) and gave her the proper wording which is basically “Although I have a problem with needles, I completely and deeply accept myself.” She complied perfectly. Then, to test it, I asked her to close her eyes and recreate a situation where her anxiety would be at the top of a scale of 1 to 10. When she told me she was at a 10 level, I proceeded to do the tapping on the bone structure beneath her eyes. The scale dropped to a 5 then a 3 and then to zero. She was enthralled along with her mother that that fear could dissipate so quickly. EFT is effective especially when it is combined with a good hypnosis session.
During the hypnosis session, she was able to accomplish “Eye Catalepsy (she was unable to open her eyelids),” the “Arm Drop (unable to lower her arm),” and the “Number Amnesia. (she could not remember the number 6).” She was deep enough. Now, it was time to remove the phobia. My theory is that you must challenge the fear as I did myself many years ago when I had the fear of flying.

I made her left arm stiff and rigid and she could not lower it. This is what I said: “Your arm is stuck in the air and it represents your phobia with needles. On the count of 3, I will grab your wrist and your arm will become loose and limp like a wet noodle. More importantly, when I grab your arm and it becomes like a wet noodle, your phobia will become inactive and can no longer affect you. One….two……………three…………..your arm is now loose and limp and the phobia is gone!”

At this time I continued the session building up her confidence and self-esteem with the suggestion “I FEEL CALM, RELAXED,PEACEFUL, CONFIDENT AND IN COMPLETE CONTROL.”

Of course, I also recorded several other strong affirmations that I anchored into her subconscious mind.

I removed her from the hypnotic state and she emerged with feelings of euphoria and positive expectations. I handed her the needle and she easily proceeded to remove the cap and touched the shaft. Both she and her mother were thrilled! She was now ready for any medical procedure. She returned for several more reinforcing visits and has been in complete control ever since.
If you have not experienced EFT, send an e-mail to: garycraig@emofree.com who will send you many great articles, information and training.

This procedure could enhance your success rate.