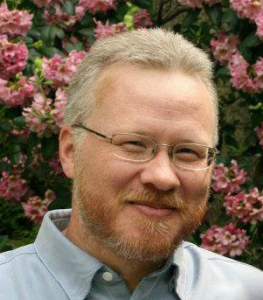 The Valley Patriot received this letter from Ferguson Mo.

Thank-you for writing about what you saw in Ferguson. So few people have heard about the other side of our community.

Early on the morning after the second riots started, I went down to the business area with a snow shovel. I was just scooping the glass into neat piles, confident that somebody else would soon be following to pick it up.

Sure enough, as I was finishing, I saw somebody coming along with a broom and yard waste bags. Neither of us was called to do it, and we weren’t part of groups. We just knew it needed to be done and started to work.

Countless others have done the same. Many have done much more than me.

None of the stories I have seen talk about families like mine that were preparing for the worst to come to our homes.
There is a valuable lesson about individual responsibility, personal preparedness, and the limitations of government’s ability to protect us.

It took a serious situation for me to fully evaluate our ability to secure our home, exist without power or access to groceries, and possibly get out of the area if things moved into residential areas. It was serious. When the officer was shot soon after the first riots, it was across the street, and the shooter disappeared into the woods. The police searched all night.

I found myself alone in the dark, inspecting the outbuildings as the helicopter circled over. Every neighbor around me said they did the same thing. It was among the scariest experiences of my life. The months-long stress exhausted families. We could see the stress impacting our 2-year-old son. Many gun cabinets were unlocked in many homes for months on end.

The stories that will come next will be about justice coming from elections. Many believe we can only solve the problems the world has identified by electing people associated with the protests and riots. The problem is they will be trying to pass laws, change policies, and create programs to deal with what the world has been led to believe – not to deal with real problems that exist.

That’s why I’ll be running against these other candidates. I think we need to make adjustments – but they won’t be strong enough in the eyes of many.

My family expects I will be vilified in the process. But, what can I do?

We are happy here, and we have to stand up for the community. We can’t have a city council formed of members angry at the city. This will destroy our town.

Anyway, thanks again. People need to learn more about the character and good-hearts of the residents of this community. Your story helps.