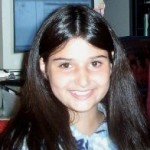 What do you think about calculators in the elementary schools? Does Haverhill use them?

Haverhill does have them for their classrooms, However they are not used very often.

This was set up before I was a member of the committee, I don’t support the students using calculators in class or on tests and so fourth

I’m a big fan of biography’s, I liked President Geore W Bush’s “A Charge to Keep.”

Wow, speaking of Bush, how does his winning affect the Haverhill Schools? 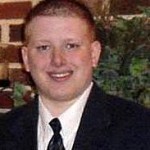 His winning insures that the “No Child Left Behind Act” will stay in place. I believe that this benefits the students of Haverhill greatly. As far as budget goes, we have received some funding from NCLB and I am hoping for more next year.

How much time do you spend on school committee work?

I spend a good amount of time doing School related work. I would say the average between our regular scheduled sessions, Subcommittee meetings, negotiations, studying up on issues and meeting with the public I would say around 10-15 hours a week. Sometimes more, sometimes less.

What do you think about MCAS?

I support MCAS testing, I believe in holding students and educators accountable, MCAS does that.

Should good teachers be paid the same as bad teachers?

Its a tough question, the easy answer is no. However, I think it would be im-possible to pay every teacher a different rate. If you did that for teachers then you would have to pay good police officers more then bad ones etc. I support the system the way it is now.

Superintendent Wilfredo Laboy In Lawrence said he supports merit pay for teachers and would like to have it there. Can that be done in Haverhill?

I do not think that you would see Merit pay in the City of Haverhill.

What do you think your biggest accomplishment has been as a School Committee member?

I’m not sure there is any one issue. I think there’s a few of them. I am proud to be a member of the first negotiation team for the school department that got health care reform instituted for one of our unions. It will have a great long term financial effect for the school department. I am proud of the fact that instead of talking about problems I have worked to fix them. I came up with the idea of privatizing some services which will save the district money. And lastly, I was part of a task-force that recommended mandatory summer school which hopefully will go into effect next year for 6th graders.

So people liked your idea to privatize the janitors, huh?

Some do and some don’t, I guess that’s the nature of the business. My job is to do what’s best though for my city, I believe that is best.

What are your goals for this year and for the future as a School Committee Member?

My main goal is to find ways to be creative in saving money so that we can restore programs, eliminate user fees and bring teachers back to the classroom. Budget cuts have killed the City of Haverhill. I intend to look for ways to bring back what we lost and more.

Do you think there will be a new high school in Haverhill?

No, Haverhill decided to renovate our current High School which we are in the process of doing currently.

Do you think the mayor is doing a good job as chair of the School Committee?

I do think he has done a good job in his role as Chairman of the committee. However, that is not to say I agree with a lot of his decisions he has made as Mayor on other city topics.

Do you like being on the committee and will you run again ?

I love being a member of the Haverhill School Committee. I love serving the children and my community. I truly have a desire to make Haverhill a better place and I intend to do that. As far as re-election goes, that’s three years away so I haven’t even begun to think about it yet.