By ValleyPatriot on February 14, 2013Comments Off on VALLEY PATRIOT OF THE MONTH: Lieutenant Colonel Don Sheehan, USAF 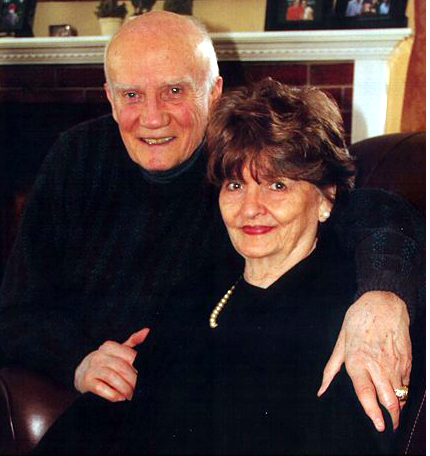 TEWKSBURY – When 6,000 Marines were trapped at their base during the 77-day siege of Khe Sanh—a surprise attack by 40,000 heavily armored North Vietnamese and Viet Cong during the infamous 1968 Tet Offensive —it was “the longest and deadliest battle” of the Vietnam War. West Point graduate Lieutenant Colonel Don Sheehan, USAF (Retired), of Tewksbury, flew into Khe Sanh with a C-130 Hercules cargo plane. Dodging a gauntlet of enemy ground fire, he flew in low enough to airdrop, from an altitude of 1500 feet, tons of supplies directly onto the Marine drop zone. Each pallet load, with built-in parachute, weighed several thousand pounds and carried food, ammunition, and fuel.

Don was serving with the 773rd Tactical Airlift Squadron out of Clark AB, Philippines.

Not only was the task challenging—the Marines needed 185 tons daily of supplies, as well as troop reinforcements. But the ground fire was intense; it never stopped. “It prevented our C-130s from landing. Earlier one of our planes had been hit on the ground and had exploded into flames. So to avoid gunfire, we flew in as low as possible—ideally within cloud cover—guided by our skilled navigators who calculated airspeed and wind drift, and our loadmasters who released the pallets at the proper time. We dropped our loads by parachute onto the drop zone. Although we took minor hits, I felt no fear. I knew the Lord held me in the palm of His hand,” Don said.

Khe Sanh sits on a plateau in a remote section of South Vietnam, near the Laotian border, overlooking the Ho Chi Minh Trail. “The North Vietnamese owned the night. You couldn’t drive a truck anywhere without being ambushed.” But through aggressive air power, the Americans took back the night.

Throughout his tour of duty in Vietnam, 1967–1969, Don Sheehan flew 15-day shuttles to other bases—Cam Ranh Bay, Nha Trang, Da Nang, the smaller dirt airstrips of Song Be, and throughout Southeast Asia. 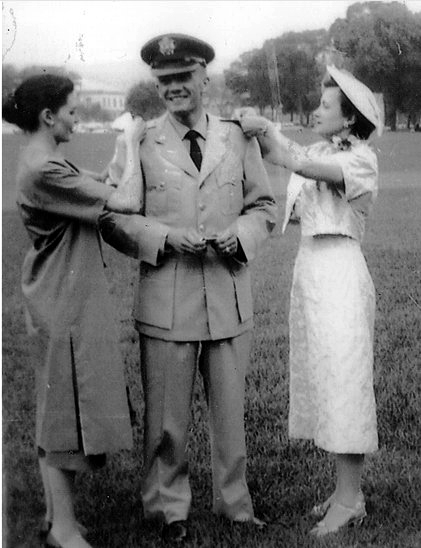 Once he evacuated a small village, an isolated outpost in the remote central highlands of South Vietnam that was being harassed and threatened by the Viet Cong. All 40 South Vietnamese soldiers and their families were flown to safety for relocation.

They were like sheep without a shepherd, abandoned by their leaders— “soldiers, some in mismatched uniforms, with rifles on their shoulders. Their wives were laden down with black garbage bags, holding all they owned, slung over the shoulder, while carrying one or two babies with children trailing behind, clutching a teddy bear or a loaf of bread.”

For his “extraordinary achievement” while serving in Vietnam, Don was awarded the Distinguished Flying Cross.

As perilous as it was to fly in combat in Vietnam with the huge C-130, little compared with the challenge of landing and taking off on Greenland’s polar ice cap near the Arctic Circle. The 10,000-foot thick ice cap is covered by a flat, expanse of ice and snow extending as far as the eye can see. There are no ground control navigational aides to guide the planes.

Don flew the only aircraft equipped with skis, the C-130D-6, jet-powered turboprops, to supply the men who manned the remote, isolated radar sites (DYE 1, 2, and 3) on Greenland’s DEW line—the Distant Early Warning line. These powerful radar sites monitored the skies constantly for any Russian planes approaching North America. The C-130D-6 had two main skis (20 feet long by 6 feet wide) and a nose ski (10 feet by 6 feet).

Don served with the 17th Tactical Airlift Squadron out of Elmendorf AFB, Alaska, which maintained two planes at all times at Sondrestrom AB, Greenland.

Persevering toward the goal

At the age of 14, Don had read the book “West Point Today” by Kendall Banning. “That book changed my life,” he says. “From that moment on, I wanted to go to West Point, with all my heart and soul. It became my driving passion.” Although he had to wait three years, these were years of preparation. It was well worth the wait,” he said. Don graduated from West Point with the class of 1956. His was an illustrious class: 30 became generals (including General Norman Schwarzkopf), with a total of 77 stars.

The military discipline, both physical and mental, helped shape the man Don is today. He realized his dreams. He graduated from West Point. He became a pilot. He taught and mentored Air Force cadets in love of God and country, duty and honor. On invitation, he spent two tours of duty teaching English at the U.S. Air Force Academy, 1963–1967 and 1969–1973, beginning as an instructor and ultimately promoted to associate professor).

While attending West Point, Don met Dorrie Sidener and was swept off his feet. He pursued her for four years. Today, after 54 years of marriage, he says, “She still holds the mortgage on my soul.”

As a West Pointer, Don knows what it means to be “a man under authority.” He knows whom he can trust. Today he is waiting for that one word, in perhaps his greatest hour of testing…

Trusting for a miracle

A year ago Dorrie suffered a stroke and became bedridden.

In the midst of this trial, Don waits patiently and expectantly, with hope, for a miracle.

“I’ve always believed that the Lord holds us in the palm of His hand. He brought Dorrie and me together. We trust Him. Throughout each day of our marriage, we prayed the Rosary, the Stations of the Cross, and meditated on the events in Christ’s life. I can never thank God enough for all He’s done for us. As our children were growing up, we prayed the Rosary together as a family each day, with all seven of our children. Today, I continue to pray with Dorrie each afternoon.”

“The Lord is at the center of our lives, the foundation of our marriage. Dorrie and I both saved ourselves for each other before our marriage. In fact, because Dorrie refused to compromise her faith, she left Hollywood after starring in three films—two Westerns, with Jock Mahoney and Gene Autry, and a comedy co-starring with Mickey Rooney.”

“Each day I pray for a miracle, that Dorrie will be healed. I know nothing is impossible with God. I give thanks to Him every day. He’s been so good to us. I trust Him completely. Whatever God has in store for us, I accept. Both Dorrie and I put our trust in the Lord.”

A love story for Valentine’s Day…Of God who is faithful…of a man and woman faithful to God…and to each other.

The Bible records the story of a Roman military officer who asked Jesus to heal his paralyzed servant. “Only speak a word, and my servant will be healed. For I too am a man under authority.” Jesus “marveled” at his “great faith.” He said, “ ‘As you have believed, so let it be done for you.’ And his servant was healed that same hour” (Matthew 8:5-13).

Thank you Don Sheehan for all your bravery and sacrifice. You are truly a Hero in Our Midst.