HERO IN OUR MIDST! 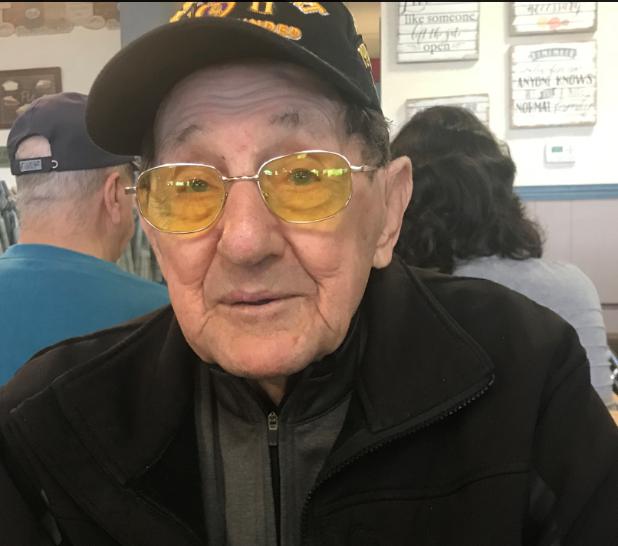 This month’s “Hero in our Midst” is one of 4,916 men in the 79th Infantry Division who received the Bronze Star, and one of 15,203 Purple Hearts awarded to the 79th Infantry (count is inflated due to some men receiving more than one Purple Heart). The 79th served in the European Theater during the Second World War.

Dracut’s Frank Polewarczyk is originally from Lowell, Massachusetts. He is one of ten children, all five of his brothers served in the military during World War II, and all five of his brothers-in law as well. They are part of the 16 Million members of the Greatest Generation who fought and won World War II. What makes this number more impressive is that the 1940 census reports 131,012,722 Americans. So around 15 percent of Americans alive in the 1940s served in the war, or in the case of the Polewarczyk family, 100% of the men. To compare, only 1% of Americans in 2018 are currently serving in the U.S. Military.

The statistics say it all; U.S. Army 79th Infantry, activated on 15 June 1942 at Camp Pickett, Virginia, deployed to Europe on April 7, 1944, fought in the campaigns in Normandy, Northern France, Rhineland, the Ardennes-Alsace, and Central Europe. The unit spent 248 days in combat! The Division earned eight Distinguished Unit Citations. The Division returned home on December 10, 1945, and was decommissioned on December 20, 1945. 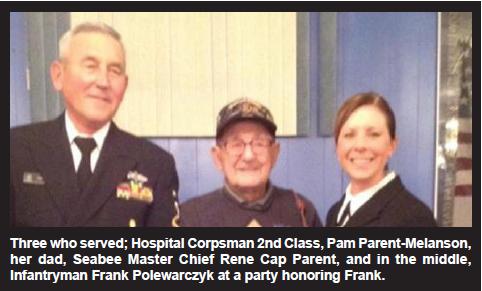 At Shaw’s Diner in Dracut, I had breakfast with Frank, and listened to him talk for three hours in great detail about the fighting in Europe during the war. He told me that the U.S. Army troops were issued “bouillon” cubes with their food rations. His comrades used to toss them out, Frank would keep them, then when he obtained some local vegetables, he used to make soup for himself and his squad.

On December 9, 1944, Private Polewarczyk, on patrol with his regiment, found himself and his unit, surrounded by German soldiers. After he told a fellow soldier that he was going to take out a Nazi machine gun nest, he was spotted by the enemy and hit. He vividly described getting wounded, and the doctors at the aid station telling him that he would be better served by a Catholic Chaplain, who gave him the last rites. The U.S. Army Chaplain did good work, Frank will be 93 years old this April 13th.

I asked Frank where he was on VE-Day, the day Germany surrendered. After taking 19 days to cross the North Atlantic on a hospital ship, Frank was recovering from his wounds in a military hospital at Ft. Devens, Massachusetts. When his parents came to visit, the first thing his mom did, was check to make sure he still had his arms and legs!

He was awarded many honors, including the Bronze Star and Purple Heart from the United States, and the Legion of Honor from France, that nation’s highest award, (awarded nearly 75 years after he was wounded in Germany) and wears the Combat Infantry Badge, one of the most respected awards in the U.S. Military, and only awarded to U.S. Army Infantrymen for Combat Action against the enemy.

After the war, Frank married, delivered milk, worked in the textile industry and tended bar for a while. Later on, Frank embarked on a career in construction that included building sections of the “Eisenhower Interstate System”. This transportation marvel that most of us take for granted, but did not exist until built by President Dwight Eisenhower in the 1950s. The current U.S. Interstate Highway system was modeled after what then General Eisenhower saw in Germany. Breakfast lasted three hours, hearing Frank describe his role in the battles on the border of France and Germany, I was captivated, and could have listened all day.

John Cuddy is retired from the US Navy’s Construction Battalions, (also known as the Seabees) After retiring, earned BA History and MA Economics from University of Massachusetts at the Lowell Campus, employed in Logistics at FedEx for last 21 years.