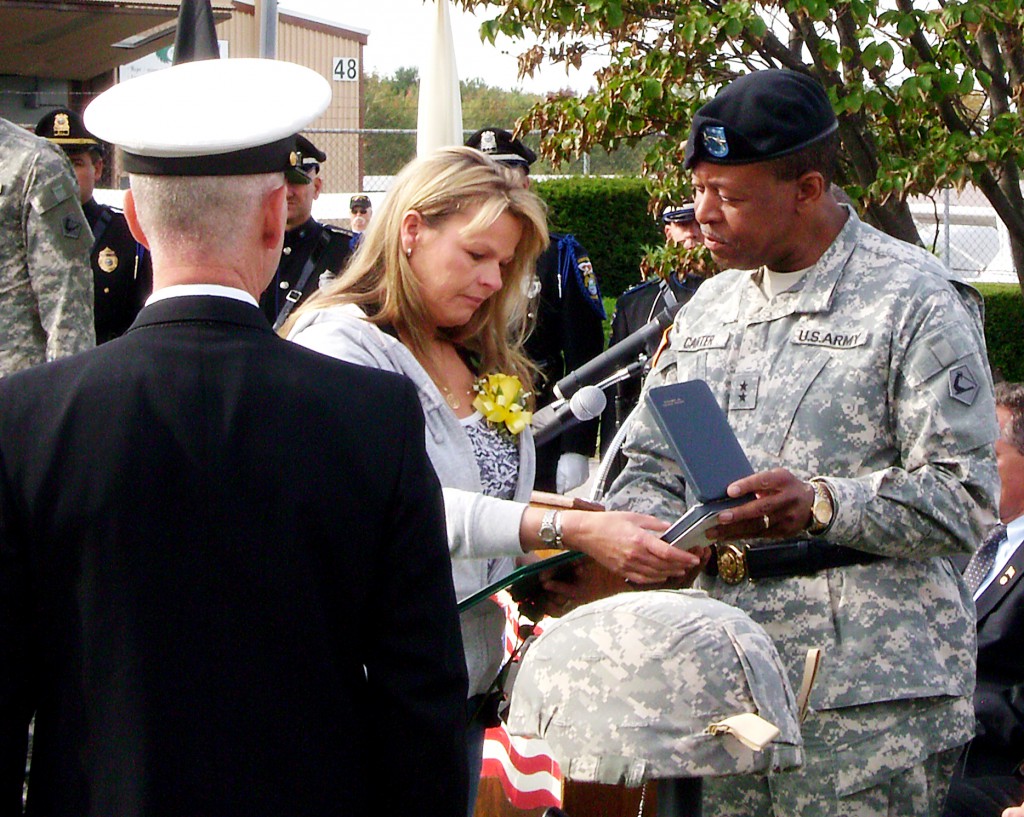 Our Valley Patriot of the Month is usually dedicated to a man or woman who fought in war to defend the United States. This column usually names a brave soldier and provides his or her story of his experience in the military and their community service once they return. 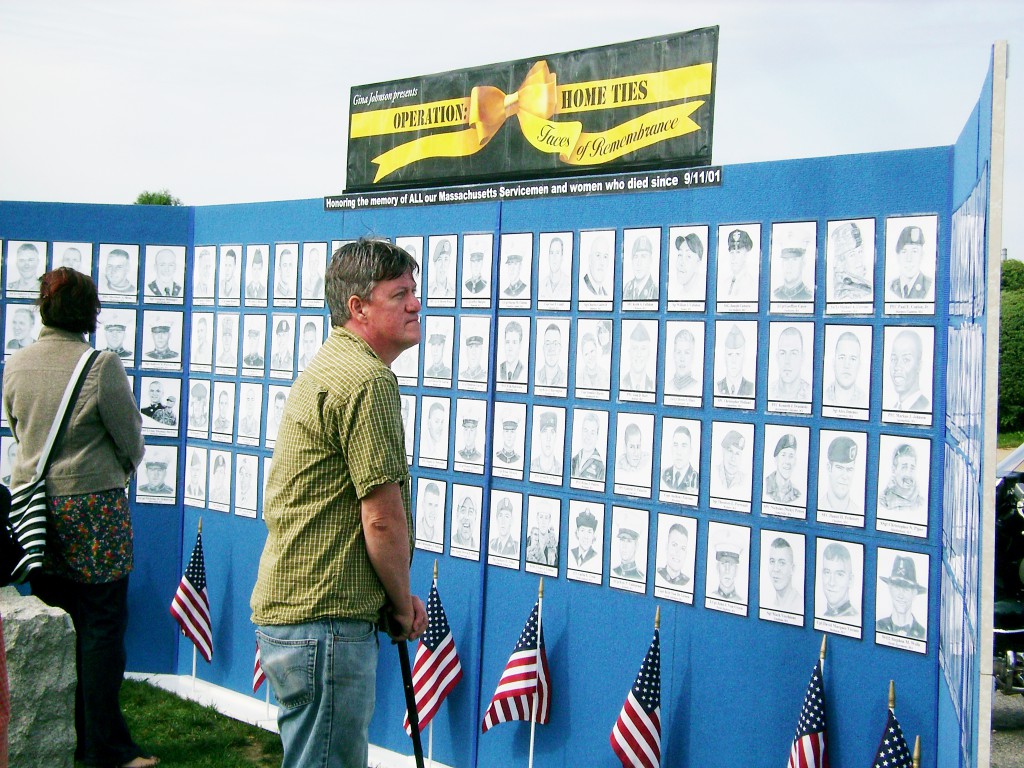 Gold Star Mothers are the those whose sons and daughters served and died in battle for this country. The Gold Star Mothers was founded by Grace Darling Seibold of Washington D.C., who’s son First Lieutenant George Vaughn Seibold was killed in aerial combat over France in 1918. Mother’s today, like Lawrence resident Sanita Raymond, who’s son Army Sargeant Pierre A. Raymond fought and died on September 20, 2005 while serving in Operation Iraqi Freedom are special to all of us and we wish to thank them all.

The name “Gold Star Mothers” comes from the custom of families of servicemen hanging a banner called a service flag in their windows. The service flag has a star on it for each family member currently serving in the military. Living servicemen are represented by a blue star and those who have lost their lives are represented by a gold star. As you drive around, you can see these banners hanging in the windows throughout the community.

According to its website, in 1928, 28 mothers met in Washington D.C. and established the National Organization, American Gold Star Mothers, Inc. Locally, there is the Merrimack Valley Military Family Support Group.

There was food, entertainment and airplane rides for .15 cents per pound. All proceeds went to benefit the Merrimack Valley Military family Support Group and the food pantry at the Veterans Northeast Outreach Center.

Baddour said, “We often thank our veteran’s and servicemen and women for their patriotism and dedication; but, rarely do we have the 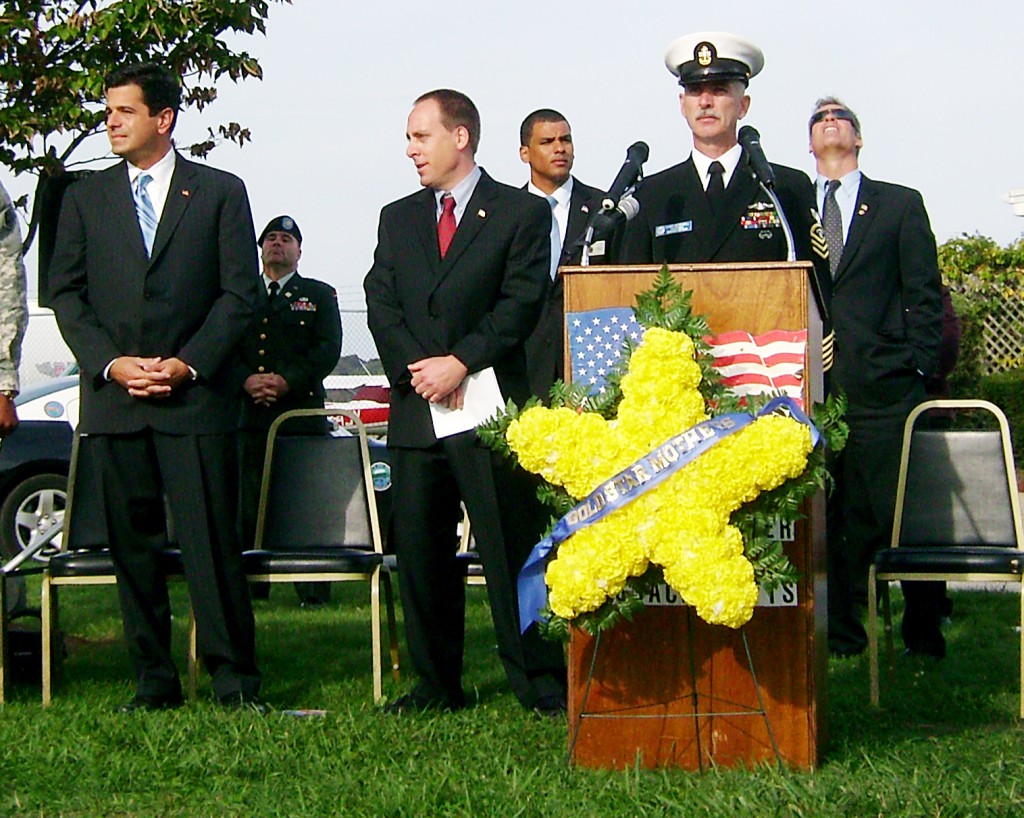 opportunity to thank the families of members of our armed forces. There are over 1,100 Massachusetts National Guard troops in Iraq and Afghanistan and tens of thousands of Massachusetts natives in the Armed Forces. For every one of these soldiers courageously defending our country and our freedoms, there is a mother, father, sibling, spouse, or child at home praying for their safe return. With Courage and Character, our soldiers put their lives on the line defending our liberties; and so many make the ultimate sacrifice for their country. But the mothers, spouses, and family members of these soldiers also make a significant sacrifice. Gold Star Mothers’ Day is upon us, and it is with pride and honor that I thank each of our Gold Star Mothers’ for their dedication to our nation, our freedom, and our future. All military mothers must share their sons and daughters with the Country, and the sacrifice of our servicemen and women is also your sacrifice. Thank you.”

State Representative Linda Dean Campbell, (Ret) USArmy and Vice Chair of the Committee on Veterans and Federal Affairs, said “the event was somber, but at the same time, family members of deceased service members were clearly comforted by being together.” There was also a wonderful display of the portraits of the fallen soldiers by artist Gina Johnson.

As a result of legislation recently passed into law, family members were presented with the “Massachusetts Medal of Liberty”, symbolic of the Purple Heart Medal given to members of our Armed Forces.

Since the beginning of Operation Iraqi Freedom, there have been over 20 Gold Star Mothers in the Merrimack Valley, including Barbara Gallagher of North Andover, who’s son LCpl. Sean Gallagher was killed in Beirut on October 23, 1983. On that fateful day in Beirut, a truck loaded with explosives crashed

through the U.S. Marine Corps barracks, killing 241 United States military personnel, including Sean. Barbara Gallagher received one of the Medals of Liberty.

It takes a very special mother to say good bye to a child to go off to war. A mother sharing her child with all of America to defend and protect all of our freedoms. A true patron and hero in our midst. The Valley Patriot wishes to thank all the mothers who allowed their sons and daughters to fight for the freedom of this country and tragically lost their sons and daughters to the perils of war.

We also want to thank all of the blue star and gold star families for the bravery and sacrifices of their children.

7 Responses to "VALLEY PATRIOTS OF THE MONTH: GOLD STAR MOTHERS"