By Tom Duggan on August 31, 2018Comments Off on Valley Towing in Methuen Vindicated by Court Ruling 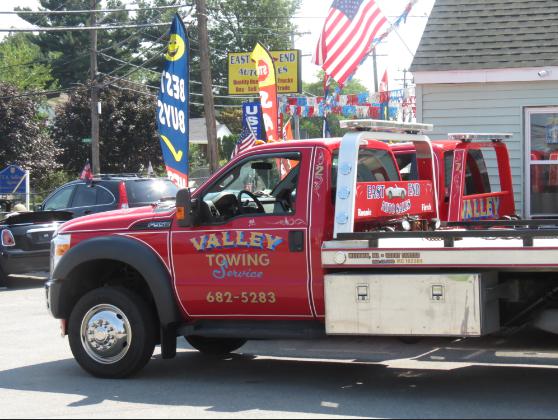 A judge has dismissed a $5.5M lawsuit against Valley Towing and two Methuen police officers by Chris Nesbitt, brother of Charlie Nesbitt. Charlie Nesbitt has mounted a social media campaign on behalf of his brother in what some have called “harassment” against Valley Towing accusing the owner of the tow company of violating his constitutional rights. Chris Nesbitt’s lawsuit claimed that Valley Towing’s owner Ron Parrino illegally junked his car months after towing it and accused Methuen Police Officers Korn and Pappalardo of violating his constitutional rights by refusing to investigate the issue as a criminal matter. Nesbitt also alleged that because Parrino is owner of Valley Towing and also head of the city’s licensing board he had used undue influence in that capacity to violate Nesbitt’s rights.

In her 8 page judgment against Nesbitt, Judge Casper said that Nesbitt couldn’t produce docmuents showing he was even the owner of the car and that she produced no evidence at all as to how Mr. Parrino had used any influence as head of the city’s licensing board to deny Nesbitt his constitutional rights.

“The complaint… does not identify any conduct taken by Parrino in his capacity as a member of the City of Methuen Licensing Board that Nesbitt contends violated Nesbitt’s rights.”

As for Nesbitt’s complaint against Methuen Officers Korn and Pappalardo, Casper wrote, “Nesbitt contends that Pappalardo and Korn improperly used their discretion by failing to investigate his claims regarding the vehicle, thereby violating Nesbitt’s rights under the Due Process Clause. … and The failure by the state to investigate a crime, however, does not generally constitute a violation of the Due Process Clause.”

Writing later in her ruling, “…the facts alleged by Nesbitt fail to make out the violation of a constitutional right and Korn and Pappalardo are entitled to qualified immunity.”

Nesbitt filed an amended complaint but the judge refused to even rule on it claiming he had not followed the correct procedure to do so.

Valley Towing owner Ron Parrino has refused to talk publicly about the case, even turning down an offer from Fox25 News in Boston which did an “expose” on the Nesbitt matter.

Parrino said he was happy to talk with The Valley Patriot, saying that he knew at least The Valley Patriot would report on him fairly, noting that the Eagle~Tribune and other media outlets acted irresponsibly when reporting on the issue.

Parrino told The Valley Patriot that he has not ruled out a lawsuit for defamation now that the judge has ruled in his favor. He would not say who that lawsuit would be against.

“We are pleased with the court ruling against us and the city, Parrino told The Valley Patriot.

“We chose to keep quiet with the facts and did not talk to the media at all. The media stories were all negative based towards valley towing, especially what has been posted on Facebook with nothing but rumors. It has affected the business with customers gossiping without knowing the true facts of the real story.”

“We had tried settling this with the insurance company, Liberty Mutual, on the towing and storage charges on the Honda. After months of storage and towing fees, they will only pay reasonable charges, meaning they won’t pay for months and months of storage for a car that is basically worth scrap value. The accident was under investigation for a long period of time by the insurance company.”

“Having this case dismissed will hopefully clarify and squash all the rumors against us,” he added.
For his part, Charlie Nesbitt, who initially told the Valley Patriot that the Honda was his car, only to claim later on that it was his brother’s, but had no valid legal paperwork to prove ownership. The Nesbitts have put back up a Facebook page attacking Valley Towing after taking it down when he lost the suit. He is now claiming on social media that he is appealing the dismissal.

“Charlie was not even the owner or plaintiff of the car, Chris was (allegedly) the owner, driving on some type of NH transporter or dealer plate. The car was never registered to him at the time of the accident. The car came into our possession on 12-17-16 for an accident at Broadway/Osgood St Methuen towed by Methuen Police. The legal owner of the car at the time according to the registry was (name redacted) in Lawrence.”

“Once we towed the car, it had been stored here for a period of 6 months with storage being at $35 a day, plus towing and other fees. Estimated storage would have been around $5500.00 for a 20 year old car.”

Parrino said that the Nesbitts refused to accept anything anyone told them.

“As explained before to Mr. Nesbitt, the police will not get involved since it is a civil matter. He has been told this numerous times but persistently would not accept it. That began leading to his “protests” and antics on Facebook along with calling every media outlet in the area.”

Valley Towing has been the subject of pickets and social media targeting by several people claiming that they were treated unfairly, saying the campaign against him is glad the court has given him back his good name.