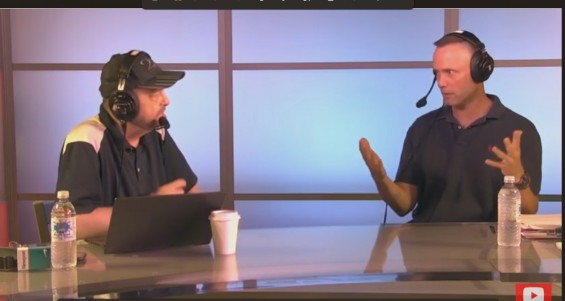 Hero veteran Michael Downs has thrown his hat into the race for city council in Methuen’s West End.

With both incumbents seeking reelection for a second term, Downs would have to unseat one of them on November 2nd to take a seat on the Methuen City Council.
Downs is a former principal in the Methuen Public Schools, served in the Air Force, and is now a principal in Everett.

He appeared on the Paying Attention! podcast last month with Tom Duggan and discussed his candidacy.

“I’ve spent 15 years in Methuen dedicated 15 years of my life improving the high school, I was there for the building project, ran the grade 9 campus for three years, and those three years were the most successful. The data is there to prove it.

“I have a lot of life experience,” he said. “I have a lot of experience with municipal budgets because of my experience at the administrative level at the schools. I spent 20+ years in military I was in the Air Force. . I was an enlisted person, and I started at the bottom as an E1, worked my way up to an E7 and then I got my commission and became an officer. Now I am a retired captain.”

Downs has been retired from the Air Force for about ten years and says what he misses the most are “the guys and the mission.”

Asked if he watches the city council meetings and what he thinks of the personal attacks launched from the council table, Downs says that is not how he is going to conduct himself if he wins.

“Watching the city council meetings actually made me want to run. This is a great city, I love Methuen. I love the diversity. When you work in the city, and you have a lot of friends who live in the city, own houses in the city, do we really want to be in the news for bad things anymore?”

Downs says that he isn’t going to make promises he can’t keep.

“If I say I’m going to do something and then I get in and find out I can’t do it, that doesn’t help anyone. I’m not going to make a commitment and then break it. I just want to make sure we do the best we can do for the city. I don’t want to be in the news for bad things anymore.”

“If I do get on the city council the one thing that I want to promise is that if there’s a contract that has to be approved, I want to make sure I know what I’m voting on. I don’t want to cost the hard-working people of this city money because I didn’t read something thoroughly.

Downs says that he believes Mayor Perry has done a good job running the city so far but says he doesn’t know him personally and would have a hard time criticizing him “because I’ve never been in that position. I do look forward to working with him.”

Being in education Downs says that his experience will help the city council when dealing with the school department budget. “I know how school budgets work and as a city council our job is not to approve the school budget. Our job is to oversee it, and if I don’t like the stuff that’s going on there, then that’s my responsibility to say ‘no’ or cut this much. We have to start saying ‘this is the budget you get.’ I know for a fact after my time in the school system that there are jobs and expenditures that maybe we should use that money for other things.”

One thing I’d like to focus more on the schools is our capital improvements. Our K-8 schools are almost 30 years old now. When was the last time there were major upgrades to those schools?”

He said that there are jobs that are not needed in the schools, and he would focus on that.

“My job will be to make sure people’s taxes don’t go out of control and try to find a way – instead of budgeting for positions that do not impact instruction – let’s put that money into capital improvements. It’s nice to have positions that make us all feel good about what’s going on, but they don’t impact instruction and don’t reduce class size.
The election in Methuen is November 2nd. ◊