By ValleyPatriot on August 27, 2018Comments Off on Veterans Legislation Goes to Governor Baker’s Desk to Be Signed 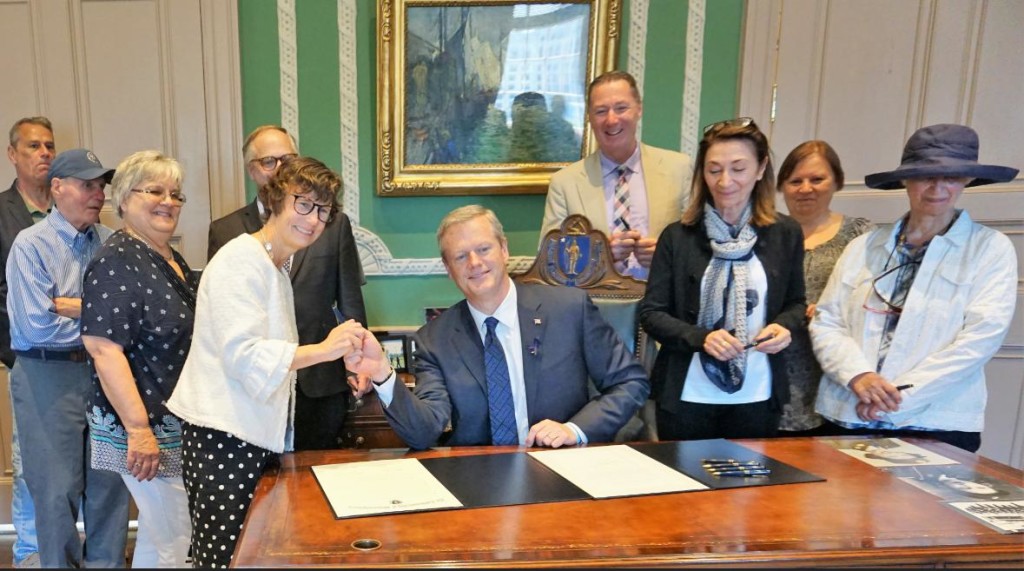 I am proud that the Massachusetts Legislature has renewed its commitment to our Veterans by passing the BRAVE Act. As a Veteran and coming from a family of Veterans, I am proud and grateful that Massachusetts continues to honor those that have made, and continue to make, many sacrifices to serve our country.

This legislation increases burial assistance amounts, provides time off for Veterans on Memorial Day (with or without pay at the discretion of the employer), increases the veterans tax work-off program benefits, reserves parking for Veterans at city and town halls, and increases property tax benefits. It also establishes April 5th as Gold Star Wives Day and the last Sunday in September as Gold Star Mothers and Families Day.

Veterans will also benefit from a decrease in the residency requirements related to the Veterans property tax exemptions. Currently, eligible Veterans have to reside in Massachusetts for 5 consecutive years to qualify for the exemption. This legislation reduces the 5 consecutive year requirement to 2 consecutive years and adds Prisoners of War as a qualifying group for property tax abatements, ultimately extending this benefit to more Veterans and their families. Additionally, the bill increases the Veterans Tax Work-Off Program credit from $1,000 per year to $1,500 per year. This program allows Veterans who serve in the community to use the credit to abate property taxes.

An important provision in this bill increases the burial expenses benefit for Veterans in need. The last time this benefit was updated by the Legislature was 18 years ago and set the benefit at $2,000. Today, the average cost of a funeral is $7,000 and while funeral homes are still performing burials for Veterans in need, the $2,000 is inadequate for a proper funeral service. This provision will increase the benefit from $2,000 to $4,000 for a funeral costing $5,000 or less.

Passing this legislation sends a clear message that our state recognizes the unique challenges faced by our Veterans and their families, and that we are committed to providing real assistance to honor their sacrifices.

Governor Charlie Baker signed into law a bill filed by myself and State Representative Paul Tucker which designates April 2nd as the annual observance of the Massachusetts Women’s Defense Corps Remembrance Day.

The intent of the bill is to recognize the generous contributions of the approximately 18,000 women who were trained for duty and approved by Governor Leverett Saltonstall to serve the Commonwealth during World War II.

The Massachusetts Women’s Defense Corps (MWDC) were a group of volunteer women dedicated to providing war-related and emergency services to citizens of the Commonwealth.

Their assistance to their country during its time of need evolved into several areas including air raid wardens, drivers, communications personnel, canteen workers, medics, chemical detections personnel, and emergency firefighters.

These women, who wore brown uniforms purchased at their own expense, worked closely with the Massachusetts State Guard, the U.S. Army, state agencies, and local communities.

The MWDC was deactivated in 1946 and the only recognition they received was the award of a ribbon for three-years-service. I filed this legislation for the first time in 2013 with former State Representative John Keenan, who is now the President of Salem State University. When President Keenan resigned from the Legislature in 2014 to accept a position as the City Solicitor of Salem, his successor Rep. Tucker refiled the bill with me for the last two sessions.

These women did not just answer the call, they demanded to serve and their service was very important and inspiring. While there are not many surviving members of the Massachusetts Women’s Defense Corps, it is so fitting to provide this recognition as they provided an important service to our country and answered the call. They provide inspiration for all to search to find a way that we can serve our country.

State Representative Linda Dean Campbell represents the Cities of Methuen and Haverhill and currently serves as the Vice Chair of Revenue. She can be reached at Linda.Campbell@mahouse.gov or at 617-722-2380.