By John MacDonald on September 4, 2015Comments Off on Veterans, Single Mom’s, Elderly and Working Families Are Getting Screwed. Help Stop the Madness! 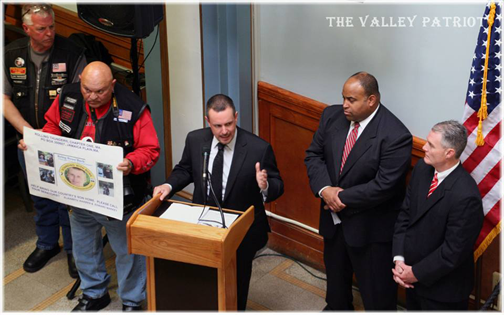 America. We are still the greatest nation on earth and who amongst us would ever really want to live anywhere else? However in my opinion the last seven years of extreme progressive left wing leadership in the White House and here in Massachusetts during the Deval Patrick era and before, exposed some of our greatest weaknesses as a country and a state, of which we can no longer sustain. One of the biggest issues created by Progressive leadership is illegal immigration. One of the greatest fleecing’s perpetrated upon the Massachusetts tax payer, our veterans, the disabled, elderly and working families is… state funded public housing. Imagine, illegal immigration and state funded public housing merged into a big seeping sewer filled cocktail.

One night I received a phone call from one of my fellow Veterans Assisting Veterans board members. He said that veterans were getting screwed out of public housing in favor of illegal aliens. I’ll be honest… I hear a lot of things like this, but I wasn’t convinced at all. He had said that he had talked to a local housing authority and it was happening. So I asked that the housing official call me to elaborate and give greater detail. The housing authority official confirmed my worst fears. Not only veterans, but other Americans were losing out. Losing out to illegal aliens.
I called many housing authority officials, which began my education on what was happening right under our noses and in plain sight. I had been oblivious to the issue, but the real hard facts, became quickly clear and evident. Here’s what I learned in a Cliff Note style version.

1. Unlike Federally funded housing, State funded housing requires no proof of citizenship. As a matter of fact, housing officials in Massachusetts can’t even ask the question of someone’s citizenship status, without fear of losing their job.

2. Many housing authorities have split percentages of state and federal housing. In Lowell most of the housing is federal and in Lawrence they have 25% (500 units) state funded housing. Guess which city has the most illegal aliens living free off our tax dollars? Guess what city has public housing and some illegal residents?

3. Every community that has federal housing can dictate its own set of preferences. In other words, who gets housing first on the federal side of things? Usually veterans. With Lowell having over 90% federal housing…veterans are their priority and Lawrence it’s the same with 75% federal housing, but not with the 25% state funded housing. Guess which housing authority has illegals? Illegal aliens occupying space that elderly and single moms could occupy?

4. All communities seem to have great people running their housing authorities, but those who run state housing have their hands tied. They can’t ask the question for proof of citizenship? Why? Is it based on profiling, discrimination or just a convenient loophole for political persuasion and a mockery of the system?

I’d love to tell you that this problem of illegal aliens living in state housing for FREE, only exists in a few communities in Massachusetts, but it doesn’t. Recently the issue of “Sanctuary Cities” came into the fray… well folk’s, unbeknownst to me and I’m sure many of you, Massachusetts has become a “Sanctuary State” for illegal aliens. Unbeknownst to me, our fellow Americans (Veterans, Elderly, Disabled, Working Families, Single Moms) in need are losing out, waiting on lists and getting turned away in some instances for the benefit of an illegal alien getting FREE housing, paid with your tax dollars. Yes it’s happening. In many instances illegals are turning what was meant to be temporary state housing and assistance, into a lifetime and generational fleecing of taxpayer dollars.

Who let this happen? I’m sure the answer is decades of public officials, some more at fault than others. Who promoted such activity? The progressive wing of the Democratic Party… The Democrats. Wasn’t Mike Dukakis big on this? Didn’t Martha Coakley ignore illegal immigration issues in Lawrence? I don’t remember… you tell me. Sorry folks, you can’t blame the Republicans on this one, because you rarely elect them to your state legislature…

Republicans are like palm trees in the desert, you could say. Where have the JFK Blue Dog Democrats been?

Now, what do we do about it? The first obvious answer is to demand that State housing require proof of citizenship or legal status to be in this country. Problem solved from a tax payer point of view. Secondly we demand this change from our current crop of elected state representatives and state senators. Third we demand our new Governor rectify this situation. How? Call them. Write to them. Visit them and demand change. Is this worthy of a fight and a march on our State House? You tell me?

Why aren’t union leaders getting engaged in this issue? Union bosses have complained about nonunion shops hiring illegals and stealing their jobs for years. Why are unions still supporting Progressive Democrats, who support illegal aliens? Isn’t it time for unions to examine their lethal electoral decisions? Fatal decisions that affect your member’s bottom line?

Imagine the money we’ll save? Imagine that people in need that are actually from Massachusetts, will actually be first in line. Imagine we can start to address the poverty and homeless issues we have with our own citizens. Imagine fixing our problems, rather than blindly supporting the mass of global illegals that have found their way into our state housing. Imagine making budgets bearable, rather than making the increases in taxes we pay, never ending and state budgets unsustainable.

Finally, I remember reading about the days when the late Senator Robert F. Kennedy toured the Appalachian Mountains. He exposed the grave conditions and extreme poverty that was taking place in our own country. It was pitiful back then… My question: Did we ever fix it?

Will we fix this issue? Will you have the courage? Or will the Progressive beat down, which is calling you racist for being patriotic… deter you? Will standing up for your country, your veterans, your elderly, your disabled, your working families and your neighbors, while Progressive Democrats attack you… will this cause you to hide? Really… It’s up to you! It’s up to you who you’ll stand for and for whom you ultimately vote for.

Will I see you on battle lines?