By ValleyPatriot on September 26, 2014Comments Off on Victory for School Choice at the New Hampshire Supreme Court 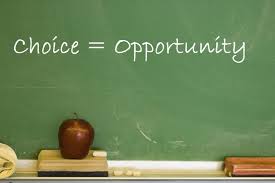 In 2012, the New Hampshire legislature passed the New Hampshire School Choice Scholarship Act (NHSCSA). The legislation allows businesses to receive an 85% education tax credit against their business profits tax or business enterprise tax, as well as a federal tax deduction, for a total of about 90% in tax savings for each business. The donations must be made to an educational nonprofit scholarship organization.

Those organizations, such as the Network for Educational Opportunity, then offer K-12 scholarships to financially disadvantaged and special needs students who are seeking to attend an out-of-district public school, independent school or religiously affiliated school. The scholarships can also be used to defray certain homeschooling expenses. Scholarships are capped at $2,500 per student.

Since the NHSCSA took effect last year, the Network for Educational Opportunity (NEO) has received over 1,500 scholarship applications and hundreds of students have benefitted. According to NEO, just months into the program more than two-thirds of parents reported seeing “measurable improvement in academic achievement.”

Despite this positive impact and the refusal of the current legislature to repeal the law, special interest groups led by liberal activist and current member of the State Board of Education, Bill Duncan, filed a legal challenge to have the program deemed unconstitutional. Duncan and his allies, who include Governor Maggie Hassan, have committed themselves to fighting any attempt to alter the status quo in education.

In fighting the NHSCSA, Duncan targeted scholarships that might be used to send a student to a religiously affiliated school and based his legal argument on a historically dubious provision of the New Hampshire Constitution known as the Blaine Amendment. This provision prohibits public monies from funding religiously affiliated schools. However, the motivations behind the Blaine Amendment was not to implement a separation of church and state or reserve funding for only public schools but instead were used to target Catholic immigrants.

As Professor Chip Lupu of the George Washington University Law School outlines at the time New Hampshire passed the Blaine Amendment, students in public schools “recited Protestant but not Catholic prayers and reading from the Protestant but not the Catholic version of the Bible. As more and more Catholics immigrated to the United States, Catholic Americans began to resent sending their children to schools that were effectively Protestant. So they decided to start their own schools, where Catholic children could recite their own prayers and read from their own version of the Bible. The creation of these schools made many Protestants worry about whether the government would start funding Catholic schools. The Blaine Amendments arose from this concern about the ‘Catholicization’ of American education.” For decades, liberals have shamelessly used the bigoted Blaine Amendment to stand in the way of students seeking choice in their pursuit of educational excellence.

Duncan and his allies brought suit in Strafford County, New Hampshire’s most left-leaning county, and were fortunate to have the case assigned to a judge who had formerly served on a public school board. However, despite a favorable judge, opponents still were only handed a partial victory when the court upheld the program but limited the scholarships to students seeking to attend secular schools. Still, the Blaine Amendment won the day. Unsatisfied with a partial victory, Duncan appealed to the New Hampshire Supreme Court to have the entire law struck down.

On August 28, the New Hampshire Supreme Court unanimously tossed out the NHSCSA opponent’s case and preserved the entire program but in a way few expected.

Rather than ruling on the merits of the program or invalidating the Blaine Amendment on First Amendment or Equal Protection grounds, the Court instead ruled that Duncan and his team lacked standing to bring their complaint because they failed to demonstrate “that some rights of theirs has been prejudiced or impaired as a result of the program’s implementation.” In other words, the opponent’s dislike of school choice did not constitute a valid legal claim and therefore their challenge was dismissed.
While opponents will undoubtedly seek alternative means to attack the NHSCSA, the program is safe for now and the result of the court’s decision provides some certainty and allows the program to be improved and expanded. True the Court did not undo the injustices of the Blaine Amendment, but the result of their decision is nevertheless a victory for New Hampshire students and families.

D.J. Bettencourt served as a State Representative in the New Hampshire House of Representatives from 2005 to 2012 and was the House Majority Leader for the 2011-2012 legislative term. He currently works as the Director of Development and Community Relations at the Salem Animal Rescue League and serves on the Economic Development Action Committee in Salem, NH.