By ValleyPatriot on October 5, 2011Comments Off on Voter ID, Secure Communities-Don’t Get Your Hopes Up 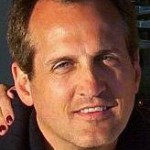 It is very hard to be positive about Lawrence. There has been a lot of press lately about a number of issues important to, and potentially positive for, the city, but there is no reason to think anything is getting better soon.

Voter ID efforts are underway in Massachusetts and there is another article in the paper describing exactly what is going on. A ballot petition has been submitted, but the Attorney General who had to review all petitions, has rejected it because she claims that the only way to get a state ID is to pay $25, and this then constitutes an unreasonable barrier to voting.

A lawsuit has been filed and the State Supreme Judicial court will rule on it. If they say it is unconstitutional it’s not going to go further. The signature collecting currently being organized (they will need 70,000 certified) will be for naught. Even if it did get to the ballot in November 2012 and passed (not a sure thing, as big money will be up against it and many people will fall for the “$25 is a poll tax” argument), the legislature and courts could block it.

The people in power don’t want it. Voter ID wouldn’t even be an issue if we had political leadership with a shred of decency and a belief in the American way, or if city clerks and election officials all took their job and oaths seriously.

This month has stories of illegal immigrants in MA committing violent crimes and law enforcement trying to get around the governor blocking Secure Communities (a program to forward criminals’ fingerprints to ICE- Immigration & Customs Enforcement). These illegal immigrants would have not been in circulation if Secure Communities had been in place.

In a normal state there would be outcry that something should be done. However not much appears to be changing due to the attitude of the “we love illegals” Patrick administration. This is how big the problem is. A local police department ended up with three illegals in their holding cell. They call ICE and ICE says “Only three? We can’t be bothered making the trip up to the Merrimack valley for less than 10 illegals.”

This must have considerable cost but no one mentions it. The grant is great but it is one-time money. Crime is an ongoing problem. What about next year when the funds are gone? No one focuses on a long term solution (and the Mayor says nothing, so maybe he doesn’t think it’s a problem). Surrounding communities that are net givers (unlike Lawrence) should note the money came from their taxpayers, and maybe they should be the ones taking “credit.”olice. It was highlighted in a press conference with all the local politicians lining up to take credit, except the Mayor, who was strangely mute. The state cuts local funding on one end and then doles it out on the other, probably to give local political leaders opportunities like this. Everyone knows that the city now has permanently stationed state troopers.

The situation in Lawrence continues to be bad and cries out for bold and decisive action. Unfortunately that is not the typical response we get from those in power in this state.