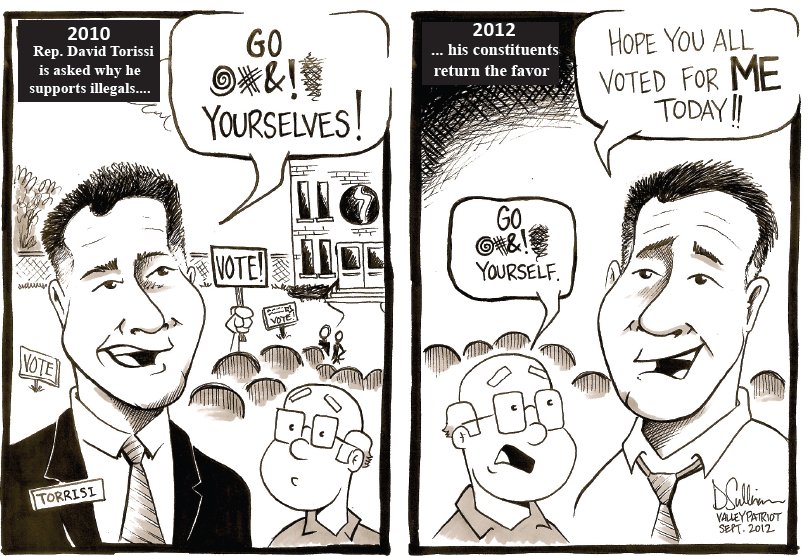 Last month one of the strongest opponents of Voter ID in the Massachusetts State Legislature, David Torrissi (D) North Andover, was defeated by a conservative, Pro Voter-ID opponent named Diana DiZoglio … who is also … a Democrat!

Democrats? In favor of Voter ID?

Who could have thought?

For years we have reported that approximately 70% of all voters support Voter ID… and that includes Democrats. And for years we have been warning local officials who are Democrats that a tidal wave was coming on this issue. Now an incumbent State Rep., once thought unbeatable, has fallen to a virtual unknown who had no money, no campaign manager, no committee and no help from her party.

How did she do it? In large part it was due to Voter ID, and listening to her constituents.

You see, Diana DiZoglio called into a WCAP radio program when she announced her candidacy months ago. Asked about Voter ID, she said she didn’t have a strong view on it but, as she knocked on doors she would ask the voters and report back.

Weeks later, DiZoglio did call back and told Valley Patriot publisher Tom Duggan on his radio show that more than 2/3 of her constituents (currently being represented by Dave Torrisi) favored Voter-ID, adding that she would represent their view if elected.

A Representative who actually “represents”…. What a concept!

Of course there were other factors in DiZoglio’s defeat of David Torrisi:

-DiZoglio out-hustled him and took her message directly to people’s living rooms, one at a time.

-Torrisi had burned most of his bridges when he sold out to Willie Lantigua.

– He told Michael Graham of 96.9 FMtalk to Go F*% himself when asked to explain his vote for illegals.

– He called people in favor of Voter ID “racist.” among other things.

– He ignored the people of North Andover and supported last year’s tax hikes.

Yet with all of the shenanigans Dave Torrisi has been involved in, voters we spoke with on Election Day said VOTER ID was largely on their minds when they cast their vote for DiZoglio.

As one voter put it, “Dave adopted the Beacon Hill entitlement mentality. He thinks we’re going to vote for him because his name is Dave Torrisi. I voted for the girl, she supports ‘show-ID to vote’ and he supports the illegals!”

Torrisi’s defeat last month should be a warning to those more concerned with representing illegals than American citizens.

More than 70% of all voters, of all parties support Voter-ID and are sick of the lies, excuses and insults being fed to them by arrogant politicians and they … they are not racists.

Diana DiZoglio gets it, she is a Democrat who is cresting that wave and that’s one of the reasons she toppled the titan.

She understands that representatives are supposed to represent the views of their constituents, not Willie Lantigua, political insiders or people who are not even supposed to be here in the first place.

We predict that David Torrisi is the first of many “untouchables” to fall in years to come as this Voter ID tidal wave starts to surge. And we couldn’t be more delighted.