By Tom Duggan on October 8, 2007Comments Off on Voters show Discontent with Lawrence City Council 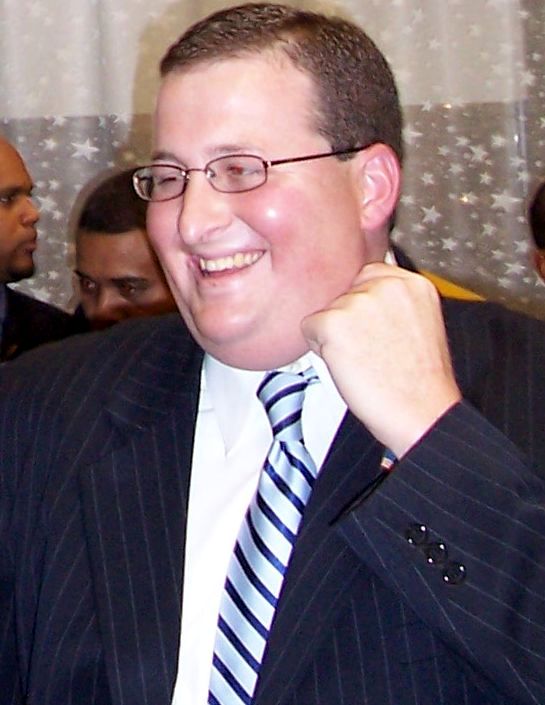 Lawrence city council president Patrick Blanchette rightly brags that his family name has been on the ballot in the Prospect Hill section of Lawrence for more than 25 years.

However, the embattled District “A” councilor nearly lost his seat on the council this month when he placed only 113 votes ahead of first time candidate April Lyskowsky, in one of the dirtiest campaigns this election season.

Blanchette’s waning support on Prospect Hill over the last two years was clearly the result of the numerous controversies he created when calling for the firing of numerous Sullivan administration officials, the disbarring of a city attorney and his obsession with using his council position to attack and humiliate anyone who stands in his way.

Blanchette has had his sights set on the mayor’s office for the ‘09 election for over two years and positioned himself as the most vocal critic of Mayor Michael Sullivan.

Blanchette won all four precincts on Election Day, pulling out all the stops and campaigning chiefly on his family name instead of his accomplishments or his record on the issues facing the people of his district.

After a close primary win in September, Blanchette called on his family for help having his mother send out campaign literature and his older brother Kevin, the former State Representative, greet voters on Election Day at the Parthum School, asking voters to cast their ballots for his younger brother.

When it became clear on election night that Blanchette had defeated his toughest political opponent in the last five elections, he and his supporters, lead by former city employee Andrea Traficanti, stormed city hall chanting “Pat is back!” a reference to his campaign theme and political signs that read “Bring Pat Back”. Blanchette has been on the council for eight years.

The council president then took cheap shots at his opponent as he introduced his girlfriend to the crowd of supporters in city hall, who were strategically placed on the second and third floor balconies reminiscent of previous mayoral victories.

Despite his weak showing at the polls on Election Day, however, Blanchette is automatically in the running for mayor in the 2009 election, and to date is considered the front-runner as Mike Sullivan cannot run again due to term limits. The only other candidate to emerge for the corner office in ’09 has been former city councilor Israel Reyes. Blanchette’s weak showing in this district race will have little or no effect on his chances to take the corner office in two years and as has been evident for the last two, Patrick Blanchette is off and running.

Like Blanchette, Silva’s popularity and political support has dwindled significantly after two years of controversy as she has engaged in personal attacks against perceived political enemies, fellow councilors, members of the Sullivan administration and Lawrence Police Chief John Romero.

Silva’s outbursts and unprofessional behavior at the council table, combined with her advocating a $3 million cut in the city budget that would have resulted in firefighters, police officers, and DPW workers being laid off, all took their toll on Silva’s campaign. The numbers on Election Day bear out the damage done to the first term councilor. Months of manufactured scandals published in the Eagle Tribune and broadcast on Spanish language radio programs did little to ingratiate Silva with voters.

Silva will face a recount in this race, but will most likely survive the challenge by Rojas as it is nearly impossible to pick up the 26 votes in a district race. Insiders say they do not expect Silva to serve out the entire two years of her next term, which begins in January. Should she stay on the council through her term, however, Silva supporters say this will be her last term serving the voters of the North Common Neighborhood. 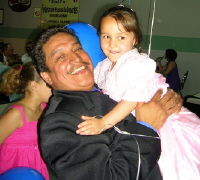 Incumbent city councilor Jorge Gonzalez defeated former City Councilor Barbara Beals-Gonzalez for the second time in as many years, edging out Beals-Gonzalez by only 30 votes, but winning three of the four precincts in his district.

Jorge Gonzalez voted with Councilors Nunzio DiMarca and Marie Gosselin on the budget and the water rates, opposing Mayor Sullivan’s efforts to raise taxes. The difference between Gonzalez and the councilors defeated on election day is that Jorge didn’t fight with fellow councilors, attack Mayor Sullivan and his administra-tion, or engage in name calling and screaming matches at the council table.

The two Gonzalez’s ran a very low-key campaign and despite the fact that neither of them raised any significant amounts of money, both candidates were visible in the neighborhood and both ran a grassroots campaign.

For the most part, this was a very clean race where the candidates preferred to campaign on name recognition rather than issues or personalities. Rumors that Barbara Beals-Gonzalez may call for a recount will most likely be a waste of time as thirty one votes is nearly impossible to make up with the new electronic voting machines.

Incumbent city councilor Nick Kolofoles won an easy reelection against Franklin Fernandez, taking all four precincts and putting to bed any speculation that he is in trouble with the voters. Kolofoles is one of the few city councilors who won by a wide margin on Election Day and despite the fact that he did so well, supporters of the Tower Hill councilor say this may be his last term on the Lawrence City Council. Kolofoles had a well-organized campaign team headed by Keith Wlodyka, (formerly of Tower Hill Variety).

For his part, Fernandez, a substitute teacher at Lawrence High School, is now in trouble with his superiors in the school department for using city owned computers and a City of Lawrence e-mail account to send out campaign press releases. Sources in the school department say Fernandez will be disciplined for his improper use of city e-mail accounts to send out campaign material.

Lawrence City Councilor Gil Frechette is being replaced by Planning Board Chairman, David Abdoo. Abdoo defeated Mill City Maulers co-founder Matty Brien by 598 votes in one of the most civil campaigns in the city.

Abdoo enjoyed the support of the outgoing District “E” councilor as well as the president of the Mount Vernon Neighborhood Association.

Abdoo himself has not indicated whether he is interested in the position, but campaign supporters say Dave is “ready to take on whatever position his fellow councilors bestow upon him.”

Four years ago, City Councilor Marie Gosselin was defeated by newcomer Michael Fielding, retiring the five-term incumbent in what she said

was her last campaign. Two years later, Gosselin came back to reclaim her seat as Fielding decided to abandon his district seat on the council to run at-large.

Upon winning her sixth term in 2005, Gosselin again reiterated that she would not be seeking reelection in two years, but true to form, Gosselin ran again this year and the results were almost exactly the same as they were in 2001.

This year, Fielding came back to repeat his trouncing of Gosselin in South Lawrence East section of the city, beating the incumbent councilor by 72 votes. Gosselin lost three out of four precincts, winning only the Colonial Heights section of the district by 14 votes.