By ValleyPatriot on November 29, 2020Comments Off on Wanda Bozek Left Her Mark on Dracut 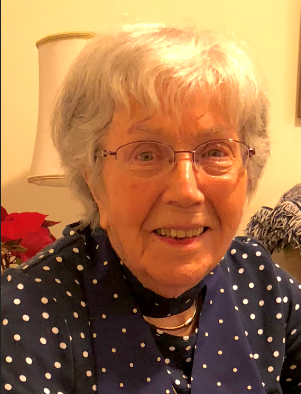 Love, learning, and land are the legacies left by the life of Wanda Bozek. The well-known Dracut native, an indelible force in town, passed away October 22nd at 96. She truly was one of the Greatest Generation, a woman who was devoted to her family, revered the land and made a number of noteworthy contributions to our community throughout her long and well-lived life.

Wanda was born during the Great Depression on the Leczynski dairy farm established on Parker Road by her parents who were Polish immigrants. Her mother, Jadwiga, inspired her love for Dracut and the family farm, where she was raised with her sister, Elvina, and her brothers Thaddeus, Walter, Raymond, Edward, Myron and Gene. From her father, Jan, Wanda learned independence, a life-long interest in learning and a love for political debate.

Wanda graduated from Dracut High School in 1941. To help support the home front during World War II, she worked in a parachute factory and picked up the chores of four of her brothers while they were in the service. After the war, she married her childhood sweetheart, Edward Bozek, her devoted husband of nearly 55 years.

In 1969, after supporting her husband through college, Wanda earned a degree in elementary education from Lowell State College, all while raising their son, Robbie, and daughter, Joannie. She had a rewarding teaching career in the Dracut schools for nearly 20 years before her retirement, contributing to the early childhood education of so many students in town.

Wanda’s love for learning and appreciation of academic excellence was strongly instilled in her children; they both earned degrees from Ivy League universities and went on to build successful careers in their chosen professions. In retirement, Wanda and her husband spent time at their cottage on Sebago Lake, where they relaxed and enjoyed the results of their hard work and success, together.

But that success was also shadowed by the death of their son. To honor Robbie, Wanda created an academic scholarship in his name that is awarded annually through the Dracut Scholarship Foundation. She drew, produced and sold note cards of Dracut landmarks to raise the money necessary to fund the scholarship in perpetuity. While the loss was very tough on Wanda, his spirit and optimism gave her strength and his work as an architect to help rebuild Lowell helped spark her community work in Dracut.

Wanda’s life was also greatly impacted by the war, especially the sacrifices of her brothers, her husband, and friends. As a result, she proposed the creation of Veterans Memorial Park in Dracut. Wanda worked tirelessly to raise money and plan the memorial and adjoining park that today proudly honors our town’s veterans. She wrote the poem engraved on the back of the memorial; that towering marble slab will forever stand as a tribute to our veterans and also serve as a reminder that Wanda was a person who could take a small idea and make some big things happen.

One of those things she made happen was the preservation of her beloved family homestead. The Leczynski family farm, now owned and operated by her former student, Farmer Dave, is permanently conserved as farmland, thanks to her unwavering efforts.

Wanda was a woman of character, conviction and consequence. Her life of dedication and determination will have a long and lasting impact. May she rest in peace, with our thanks for making Dracut a better place.

Brian Genest is chairman of the Dracut Republican Town Committee and a member of the Massachusetts Republican State Committee representing the Second Essex and Middlesex District of Andover, Dracut, Lawrence and Tewksbury. ◊