By Tom Duggan on September 28, 2015Comments Off on Wasn’t Me…The Blank Made Me Do It ~with Jeff Katz 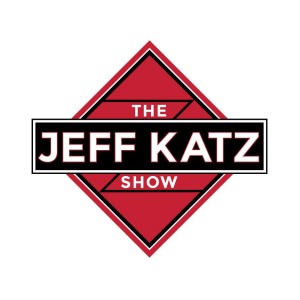 For many years, there was the tried and true excuse that the devil made me do it. Commit a crime, major or minor, blame the devil. Behave poorly, must be that devil again. Lie, cheat, steal or murder…it’s clearly a case of that Lucifer dude influencing you and turning you from good to evil. It got to the point that the excuse was so downright laughable that it was a long running bit for legendary comedian Flip Wilson.

In the year 2015, none of us really believe that some imaginary guy in horns carrying a pitchfork is responsible for motivating otherwise decent people to commit a negative act. That is just absurd, of course. But, we now seem to be a nation that believes some inanimate objects can do what the devil never really could and that’s turn good folks bad.

Let’s take the case of Dylan Roof. Here’s a fine upstanding young man who was determined to feed the hungry and house the homeless but he was distracted from those pursuits because, at some point he must have watched the television sitcom, “The Dukes of Hazard.” Yes, his life was turned upside down when he spotted the Confederate battle flag on The General Lee and that turned him in to the despicable, vile cold blooded killer who slaughtered nine innocent people inside of the Emanuel African Methodist Church in Charleston, South Carolina. I, along with every decent person I know, was sickened by the racist, bigoted hatred espoused by Roof.

Instead of acknowledging who he was and seeking to prosecute him for these heinous killings, many people swung in to action in an effort to remove that Confederate flag from everywhere it had ever been displayed. South Carolina’s leaders removed it from their capitol grounds and eBay and Amazon banned its sale on their websites. TV Land removed Bo and Luke Duke from their lineup and Warner Brothers will no longer put the flag on their model cars. These actions apparently make us all that much safer.

There’s a concerted effort to cleanse the nation of history, which is unpopular today. Buildings are being demolished, texts burned and statues smashed. Yes, it’s true. ISIS, like the Taliban, works overtime to eliminate any vestiges of history they don’t like. Is that really any different from those who are now demanding that long dead Confederate soldiers be exhumed? How about those in Georgia who want the images on Stone Mountain to be sandblasted away?

As I write this, we learn of the brutal murder of two innocent television reporters in Roanoke, Virginia. They were both white and they were murdered on live television by a man who identified himself as a left wing, gay black man. Which flag shall we ban this time…the rainbow flag or the black power flag?

You see it couldn’t possibly have been the devil that made these cretins do what they did. That’s silly. But flags? Well, that’s a different story.