By ValleyPatriot on August 11, 2014Comments Off on We Stand with Israel, Free Gaza From Hamas ~ Valley Patriot Editorial – August, 2014 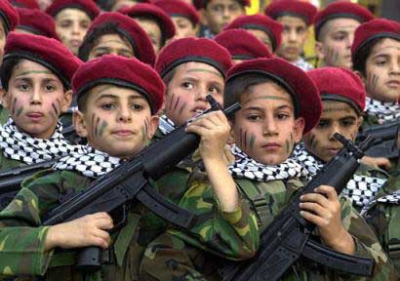 The Theater of Gaza.

For the past few weeks, Israel has been bombing locations in Gaza where the terror group Hamas stores its weaponry and wages war against them.

We find it shameful that the world “news” media is so biased against Israel that they not only allow, but participate in a concocted theater production that is created in Gaza and the West Bank when Israel blows up terrorists.

The “news” media on the ground in Gaza broadcast every bloody scene and declare daily body counts of how many “innocent civilians” have been killed by Israelis.

Rarely do they say these body count numbers come from the Muslim terrorists of Hamas, which they do.

Never do they broadcast video of the hundreds of rockets fired at Israel, from schools, hospitals, mosques, and apartment buildings, all with children nearby, designed to draw return fire upon their own children. The news media is right there. They see what is going on. But they are only showing one side.

It is clear that two things are happening in Gaza.

First, is that Gaza is run by cowardly thugs who operate their government the way movie mobster, Tony Soprano, would run a country if he could. They torture and murder those who do not comply with their whims, prey on their own civilians, and promise to commit genocide given the chance.

Second, is that Israel has taken great pains to avoid civilian casualties when possible but is painted as baby killers, hell bent on genocide even though they are the ones under threat of genocide by the Muslim, so-called Palestinians. Palestinians who train their children to hate and strategically put their lives in danger by staging them in buildings marked for destruction.

The world press watches on the ground in Gaza day after day, and like cameramen shooting a scripted movie, they only turn the cameras on when it’s their scene. IE when Israel responds by firing at the locations Hamas rockets were fired from.

Then, without any objective way to determine which of the dead bodies are “innocent civilians” and which are the non-uniformed terrorists of Hamas (which does include women and children, see photo above), the press spews a fake body count in an intentional effort to promote the moral of their movie: Israelis bad, Palestinians good.

Surprisingly, the American news media (except the anti-Semitic New York Times and Boston Globe) has been much more fair, objective, and in context with their reporting. But even the American press repeats the bogus body count numbers as if they are legitimate. This has to stop.

It’s time to free the people of Gaza from Hamas.

Hamas offers no security, no freedom, no civil rights for gays, Blacks, Jews, Christians, or even fellow Muslims. There is no right to a trial in Gaza. There is no neutral police to maintain order. There is no free speech or free press. There is only a murderous terror group oppressing the Palestinian people.

We stand with Israel in their quest to show brutal, overwhelming force to destroy Hamas once and for all.

We reject the fake narrative that protecting “innocent civilians” is more important than removing the Hamas threat for it is clear that if Hamas cared about their children or innocent civilians they wouldn’t be putting them in harms way.

If Hamas were to succeed in their endeavors there will not only be no Jews left in Israel, but there will be no Palestinians left in Gaza.

Until Hamas is eradicated, the violence must continue.

We just wish the world press would do their jobs and turn the cameras on when Hamas rockets are fired from hospitals and schools.

We also wish the leaders of the world would stand with Israel, the only democracy in the Middle East.