By ValleyPatriot on July 23, 2013Comments Off on What is Chronic Lyme Disease? 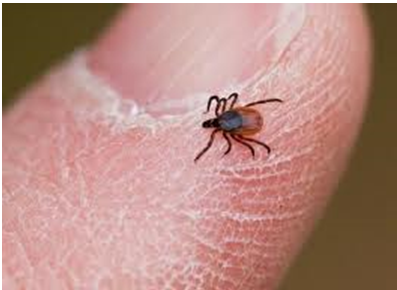 There is argument in the medical community whether chronic Lyme even exists. The general stance by most state medical boards is that it doesn’t, and that no doctor may treat such figments of imagination.

Those who suffer from it have been told to seek psychiatric help, put on antidepressants, and have been made to feel like they are hypochondriacs. But we know that it is real! Chronic Lyme Disease (CLD) is a seriously complex, multi-system, inflammatory, autoimmune disease that is triggered by the bacterial lipoproteins (BLPs) produced by the spiral-shaped bacteria of the family called Borrelia. Though most doctors may acknowledge acute Lyme, one cannot continue to ignore the evidence of an identifiable bacterial infection, the inability of antibiotics to kill it after a period of time is what is in question.

The problem is that the Borrelia family of parasites (currently over 90 by count) is difficult to detect, isolate, grow, and study in the laboratory, so our technical knowledge of this pathogen is poor and misunderstood. The disease can affect every tissue and every major organ system in the body. Clinically, it can appear as a chronic arthralgia (joint pain), fibromyalgia (fibrous connective tissue and muscle pain), chronic fatigue, immune dysfunction and as neurological disease. CLD may even be fatal in severe cases depending on severity and the organ being attacked. However, I don’t believe that anyone has ever had CLD listed as their cause of death. Why? Because the Borrelia bacteria causes other named diseases.

The diagnosis of Lyme Disease should be primary based upon clinical evidence, but time and time again I see patients who are unable to receive a necessary, immediate antibiotic until labs are run. There is currently no perfect laboratory test that is definitive for Lyme Disease. Most tests will still give false negative results – meaning the patient is told they are fine and they are NOT. Physicians not familiar with the complex clinical presentation of Lyme Disease frequently misdiagnose it as other disorders. Left untreated in its acute phase, it (the spirochete) can become an antigen in a variety of autoimmune disorders such as: Fibromyalgia or Chronic Fatigue Immune Dysfunction Syndrome (CFIDS), Multiple Sclerosis, Lupus, Parkinson’s, Alzheimer’s, Rheumatoid Arthritis, Motor Neuron Disease (ALS, Amyotrophic Lateral Sclerosis -Lou Gehrig’s disease), Multiple Chemical Sensitivity Syndrome (MCS) and numerous other psychiatric disorders such as depression and anxiety.

Though Lyme Disease is a familiar name to most people, their knowledge of it is often limited. There have been numerous reports in the media about it in the United States over the past 25 years; about small deer ticks transmitting bacteria called Borrelia burgdorferi. Frequently mentioned is the bulls-eye skin rash that develops following the bite of an infected tick. The disease can begin with flu-like symptoms that progress to a chronic, debilitating disorder.

Acute Lyme Disease, left untreated, will become CLD which is devastating to the lives of hundreds of thousands of individuals (most never suspecting Lyme as the cause of their disease) and we are all at risk. Most are misdiagnosed and mistreated. In many cases of Lyme Disease, a correct diagnosis doesn’t occur until after several months or more often many years of suffering with the disease. Even if the blood tests were perfect, waiting a week for the results may be too late! By then it may have caused severe illness, disability and permanent damage. The disease is widespread and the prevalence is significantly higher than reported by health officials.

There are some key factors that exist in the medical community regarding Lyme Disease; they go a long way in explaining why CLD is often misdiagnosed and mistreated. However, possibly the greatest reason that Acute Lyme becomes Chronic Lyme Disease (CLD) is the following criteria (hoops) that standard medical doctors must jump through to legally diagnose:

“Internationally recognized criteria for the diagnosis of Lyme Borreliosis are based upon stringent interpretation of serological tests for specific antibodies to B. burgdorferi sensu lato. The criteria recommended in the USA (from the Centers for Disease Control and Prevention), Europe (i.e. MiQ 20-00 Germany) and the UK are:

• Serum samples for the detection of antibodies to B. burgdorferi should be analyzed by a two-test procedure:

– a Western blot for antibodies to specific B. burgdorferi antigens. The Western blot should only be used in succession with an ELISA or IFA test. Detailed interpretive criteria for Western blots differ between Europe and the USA, to take into account differences in the geographic distribution of the infecting genospecies.

These serological criteria are used for the laboratory diagnosis of Lyme borreliosis by the HPA Lyme Borreliosis Specialist Diagnostic Service at the HPA South-East Regional Laboratory, Southampton.” (1)

The evidence continues to mount that Chronic Lyme Disease (CLD) exists and must be addressed by the medical community if solutions are to be found. (2) Thirty-four percent of a “population-based, retrospective cohort study in Massachusetts” were found to have arthritis or recurrent arthralgias, neurocognitive impairment, and neuropathy or myelopathy, a mean of 6 years after treatment for Lyme Disease (LD) (3). Sixty-two percent of “a cohort of 215 consecutively treated LD patients in Westchester County” were found to have arthralgias, arthritis, and cardiac or neurologic involvement with or without fatigue a mean of 3.2 years after treatment (4).

According to Cameron (2), “There is no objective way to rule out an active infection. Lab tests that can be very helpful in confirming a clinical diagnosis of Lyme Disease (such as the ELISA and Western blot tests) are not useful in determining whether the infection has been adequately treated.

Common LD symptoms such as Bell’s palsy, erythema migrans rash, meningitis, arthritis, or heart block, which are included in the current surveillance definitions, can be useful in “ruling in” Lyme Disease, but the absence or disappearance of these symptoms cannot “rule out” an ongoing infection. A population-based, retrospective cohort study of individuals with a history of LD revealed that they were significantly more likely to have joint pain, memory impairment, and poor functional status due to pain than persons without a history of LD, even though there were no signs of objective findings on physical examination or neurocognitive testing (5).

Two recent mouse studies revealed that spirochetes persist despite antibiotic therapy and that standard diagnostic tests are not able to detect their presence (6, 7). In sum, there are no clinical or laboratory markers that identify the eradication of the pathogen.

A huge thank you to my friend and mentor Dr. Kevin Conners for providing the content of this article.

Dr. Jin Sung is a chiropractic physician who helps his patients both neurologically and metabolically to solve complex health issues. He can be reached at 978-688-6999. Or visit his website at www.DrJinSung.com.