By John MacDonald on November 23, 2014Comments Off on What Was the Message on Election Day? 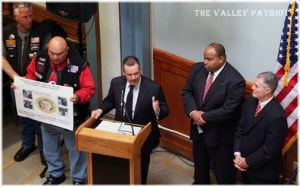 It would be easy for Republicans to gloat about the nationwide beating they gave the President and his party. I’m sure some of them will, but I would warn them not to. The dramatic political shift that occurred on November 4, 2014 in this country was loud, but I’m not sure it was even clear to the Republican party. What do I mean?

When I look at why the American people loudly rejected the extreme left wing politics of the Democratic party, there are some observations I want to share. Simply put, inaction and indecision were some of the top reasons for massive loses the Democratic party experienced on November 4th. Other reasons I see were poor results, climbing debt, a rejection of “getting something for nothing, while other people that work … pay for it.” I see people giving up on the fake “Hope and Change” mantra and truly having buyer’s remorse on the first cool kid “Pop Culture” Presidency, and on those who so closely emulate him.

However, what I don’t see is the desire for and the sudden acceptance from the American people to suddenly shift toward the extreme right or a hard core “no negotiation” Republican platform. Rather I see the shift toward Republicans in the Senate and Congress as a message that they want Washington, DC moving again. Not the desire to suddenly move to the extreme right in exchange for the failures of the extreme left. American wants the middle back. They want compromise.

The President and his progressive liberal mantra have failed the country, without question. The American people gave it a shot and to make sure they weren’t just making a kneejerk reaction, they gave the President a second term to prove it. However, 6 years into the Barack Obama Presidency, the American people put up their hands, with their votes at the ballot box and said … No more!
So what will the Republicans nationwide do with this honor and opportunity the American people have bestowed upon them? My guess is that they will squander it. History proves my analysis to be most likely accurate, but I hope I’m wrong. I am pleased that the country spoke out and rejected the extreme left of the Democratic party agenda, but I’m certain the leaders in the Republican party misread the message sent.

I believe the message sent by America to the halls of Congress was this … Get to work! Stop fighting! Get something done for the American people! Get the country moving again! Put policies in place that will help put people back to work!
Sound simple enough? Clear? Now, do you think that’s the message the Republican leadership in Washington, DC heard? Is your answer no? Mine too, and it saddens me to think so. However, being the starry eyed optimist that I am, we have no choice but to hope for the best and see what they do because there is a lot more riding on this election than 2014. I mean beyond not going bankrupt, making the country safer, and putting Americans back to work.

If Republicans can do something positive and move the country forward, then they will have a real opportunity to elect a Republican President in 2016. Is that worth Republicans not shifting hard to the right?

As for Massachusetts, I can say that we dodged a bullet when Martha Coakley lost her bid to lead our state. Charlie Baker might be the most talented and well prepared candidate to win an election for Governor in Massachusetts … ever. He has the experience; he has the ideas, the plans and the personality to move Massachusetts forward. He’s a moderate who is unafraid to tell you where he stands and why. Sure he’ll make mistakes, but my guess is that he’ll recover from them quickly for our benefit. He’s a Republican unlike anything you see around the country. Watch out America … this guy might be the Republican everyone can get behind. This might be the person, the American, and the leader we all can follow.