By ValleyPatriot on September 4, 2004Comments Off on When National Security Hits Home 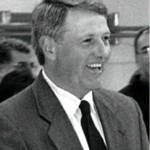 We had a great Thanksgiving visit with family in Kansas, but on the way back terror hit home.

Tightened airport security is often a pain in the neck, but when they checked our bags for our return flight from Kansas to Boston via Chicago they never asked for our photo ID’s. We’re not terrorists, but I do feel safer when security does its job. The very first step home seemed sloppy, security wise. Then the human predicament grew.

Weather in Chicago delayed our Kansas flight by 90 minutes. Unless things improved, we’d miss our connecting flight. Then the agent inside noticed that our baggage claim codes gave their destination as Chicago not Boston. She “fixed it” but didn’t think they’d arrive with us. OK by me, they’re only full of dirty laundry, but again things just don’t seem to be going right.

Then it happened. We passed through a thorough security check, entered the gate area and waited eagerly for the boarding call. Our chances of making the connecting flight were now down to one in ten. The call came sooner than expected and we quickly queued up, our chances now up to one in five of making port that night, albeit without bags. All of a sudden, the agent inside the secured area announced “we found a cell-phone, will someone claim it!?”

Someone shouted “it’s mine!” But he was in the security checkpoint. They released him. The agent gave it to him without asking him to verify it was really his. All action now geared to getting the plane off—everyone on it had connection concerns in Chicago. I was next to last in line, the cell-phone guy right behind me.

I am now in quiet shock. We’ve gone from sloppy security(no photo ID requested of us) to security failure. I am as caught up as anyone to get quickly to Chicago, but doesn’t anyone else wonder how someone can claim a cell-phone without verifying that it’s his? And, the real shocker. How the blazes did the cell phone get into the secured area before its supposed owner did? At best he’s a thief and he’s right behind me. But I’m used to that. At worst, he’s a terrorist now carrying a planted weapon or trigger onto our plane!

Now things heat up even more! I’m watching him like a hawk. He sits two rows up in 11F, a window seat right next to the emergency exit, oh yeah, you got it, to top it off, we’re in row 13. Practically every seat on the plane is taken, but he’s surrounded by four empty seats, the two next to him and the two in the short row in front of him, the window seat left out of row 10 to make room for the emergency exit. Did he buy out these seats for the privacy needed to do his deed? He put his carry-on in the overhead compartment and immediately went to the restroom, where he spent much time.

My quiet shock turns to severe pre-take-off turbulence. The plane pulls away from the gate early; our connection chances now go up to one in two, and so do everyone else’s on the plane. If I say something we all may miss our connecting flights. Who wants to chance staying in Chicago? The airline won’t pay, and there may be no rooms within reasonable distance from O’Hare (everyone gets delayed in Chicago!). And who wants an overnight at the airport? And what about the next day, severe weather forecast for the whole East Coast? But the cell-phone guy in the plane’s only empty row really bothers me.

The plane starts to taxi. The pilot says “prepare for take-off.” The engines rev up. And I realize. The only chance is now. If we take off and this guy’s a terrorist, connecting flights don’t matter. Airport rugs are OK. If I’m wrong, and, by telling the flight attendant, the flight’s delayed, and because of that everyone hates me, maybe even my wife because we’ll have to take shifts watching Rose our daughter that long airport night, none of that matters.

I do it. As the captain’s testing the brakes by over-revving the engines, I get up and find the stewardess. I tell my story. She says “wow!” and calls the captain. He asks for me, for my name, a long silence, the engines slow down, he comes back on the phone and says “we don’t have a problem,” then he talks with the stewardess again.

Still as shaken as I, She said “it turns out that your cell-phone guy is a special airline employee, but we really thank you.” Before I got back to my seat, the plane was in the air.

We landed safely, just made our connection, got home, believe it or not with our bags, and I’m full of thanksgiving this year. But I’m still unsettled.

There are just so many links in the chain of defense against terrorism. A lot of them are very weak. The sloppy security, the security breach. Some seem strong, the stewardess’s quick action, the captain’s presence of mind to pull up the manifest. Others are tenuous at best, my last minute realization that I had to act before the plane left the ground (at least some passengers have a chance if it explodes there, not up above). And, I still wonder how the phone got into the secured area ahead of the “employee.” Granted he could have come in earlier, the flight was delayed. But he sure seemed in a hurry to get himself and his bags through security. Did the agent hand him the phone because she knew him, or, because like all of us she was in a hurry? Was it just luck that he was an employee?

Throughout my life, I’ve taken different, but, at the time thoroughly honest, positions on warfare. I’ve never believed that the U.S. should strike first. Now I’m not so sure. The neo-conservatives like Condi Rice believe that in the final analysis the only way to reduce terror here is to strike it first where it is most strong overseas.

I always thought increased security made the best defense, but it has so many potential cracks, and relies on so many newly trained and focused eyes, it may not be nearly enough. Pre-emptive action is not without hazard and unintended consequence, but it may be the only way of lifting the dome of suspicion, fear and terror right here at home and, even more importantly, of reducing terrorism itself. I’m not sure, but I’m thankful to have the chance to think about it.