Which Streaming Service Is Right For You? ~ TV TALK with BILL CUSHING

By ValleyPatriot on May 28, 2019Comments Off on Which Streaming Service Is Right For You? ~ TV TALK with BILL CUSHING 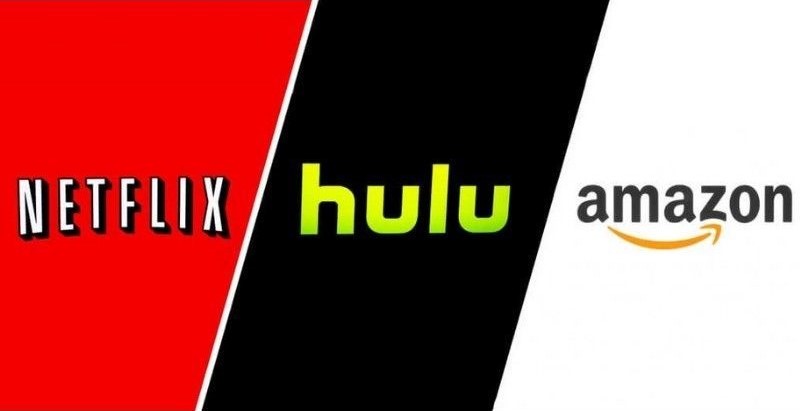 Netflix – Netflix is the king of the streaming services available. It was the first and, to date, offers the most content, including more original content, and more children’s programming than any other service. Netflix offers unlimited streaming of TV shows, movies, comedy specials, and original programming for one monthly fee.

You are able to create up to 5 profiles on a single account so that each member of your family has their own place to watch their favorite content. No other service compares with Netflix in terms of selection, quality of service, and performance. If you’re someone who likes TV and wants to see original, quality content, Netflix is the one for you. Basic plans start at $8.99/mo. HD plans are $12.99/mo, and premium 4K plans are $15.99/mo. (Notable Original Programming: Bloodline, Mindhunter, Orange Is The New Black, Stranger Things, Arrested Development, Grace & Frankie, Ozark, GLOW)

Amazon Prime Video – If you’re someone who shops online a lot, then Amazon Prime is a no brainer. Not only do you get free two-day shipping on all of your purchases, but you also have access to Amazon Prime Video. This service has loads of movies, television shows, and original programming. The service also offers some a la carte options allowing you to purchase more programming, such as HBO and Showtime content, for an extra cost. Amazon Prime costs $119 annually, or $12.99 monthly. (Notable Original Programming: The Marvelous Mrs. Maisel, Jack Ryan, Bosch, Goliath, Sneaky Pete, Transparent, The Man In High Castle)

Hulu – If you like to keep current with the latest TV shows and would rather not invest in a cable subscription, then Hulu might be your best option. Hulu provides access to most major network shows (except CBS programming) and also a handful of cable shows the day after they air. Hulu doesn’t have as much original content as the other services, but there is a decent amount. Hulu is also the cheapest of all the streaming services with plans starting at just $5.99/mo. This plan includes commercials, however they are much shorter breaks (60-90 seconds) than watching the same shows on TV. For $11.99/mo. you can get all the same content commercial free. Hulu also offers a Live TV option for $45/mo. (Notable Original Programming: The Handmaid’s Tale, Castle Rock, The Path, Chance, The Looming Tower)

Many of the major networks have their own streaming services that provide their programming commercial free and sometimes provides early access to episodes before they air. Some also have original content, such as CBS All Access.

CBS All Access offers exclusive original content like Star Trek: Discovery, The Good Fight, and the new Twilight Zone, as well as access to CBS catalog of shows such as Blue Bloods, Big Brother, Madam Secretary and more. It also offers live streaming of CBS television. All for $5.99/mo. CBS is the first, and only broadcast network so far to offer a streaming service that has exclusive original programming.

Over the next year there will be more services introduced. Such as Apple TV Plus, and Disney Plus.

Disney Plus will feature Disney’s huge catalog as well as original Star Wars and Marvel content.

There are also some service that offer live television for those looking to cut the cord completely. The best of these services is YouTube TV. This service provides access to more than 70 broadcast and cable networks plus regional sports networks. The service also includes unlimited DVR space to record all of your favorite programs. The service has one price, $50/mo.

Other services for cord cutters are PlayStation Vue, SlingTV, and Philo.

All of these services are available in a variety of ways, such as through your Smart TV, streaming media players, game consoles, smartphones and tablets, and some cable providers.

I hope I’ve given you enough information to make an informed decision on which streaming service is the best one for you and your family.

If you have any questions about TV you can email me at BillsTVTalk@gmail.com. I will answer all of your questions and will feature some of the questions I receive in a future Mailbag column. Follow me on Twitter @BillsTVTalk and on Facebook at BillsTVTalk for daily up-to-the-minute TV news and discussion. See you next month! ◊