By Tom Duggan on November 3, 2019Comments Off on Who are the At – Large City Council Candidates in Methuen

The Methuen city council is made up of nine members. Two councilors are elected from each of the three districts, and three councilors are elected city-wide or “at-large”. The Methuen city council is in charge of passing the municipal budget, must ratify the mayor’s hiring or firing of department heads and must approve all contracts above a certain amount of money. The Council is also in charge of creating, amending or doing away with city ordinances such as noise ordinances, what time you are allowed to cut your lawn or last call for local drinking establishments. 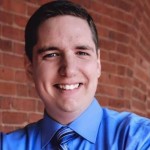 * Dave Beauregard – Dave was educated in the Methuen public schools, is married with a brand-new daughter, is a new homeowners and recently got his MBA. He first got involved in the city when he joined Kathleen Corey Rahme’s Methuen Youth Corps when he was 14 years old. He also worked as an intern for former Mayor Bill Manzi where he said he got an education on the inner workings of municipal government. He has experience in private business and the non-profit world.

He says he decided to run for city council this year to inject common sense and “a voice of reason” to the council. 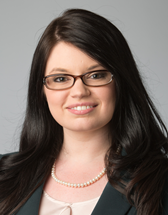 * Jessica Finocchiaro is finishing up her first term as a city councilor at-large. She is the only incumbent running in this race. Jen Kannan is running for mayor while Ryan Hamilton is not seeking reelection.

Finocchiaro grew up in Methuen and went to the Methuen schools. She ran for state senate in 2014 against Katy Ives and served two terms on the Gr. Lawrence Technical School Board prior to getting elected to the council. Jessica has two master’s degrees, one in public administration and one in government. 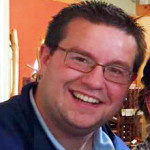 * Nick DiZoglio – DiZoglio is not a relation to State Senator Diana DiZoglio. He is recently married and is a new homeowner in Methuen. He is finishing up his second term on the Methuen School Committee. For the last two years he has been the vice-chair of the school committee and has run most of the meetings since Mayor Jajuga refuses to show up at most meetings.

Nick moved into Methuen in 1999. He graduated from Suffolk University with a bachelor’s in public relations. He is a Human resources professional for a private bio-tech company in Cambridge. DiZoglio says he is making the move from school committee to city council because the city needs major capital improvements. He says his plan, if he is elected, is to look at business growth and community development. He says he has a specific plan that would improve the facilities in all city departments.

His most controversial vote as a member of the school committee was when he voted to accept the resignation and not fire Superintendent Judy Scannell after it was learned that she was not certified as a superintendent and after she overspent the school budget by $4M. The City of Methuen had to borrow $4M from the state to cover that illegal overspending. DiZoglio defended his vote saying it was what the school attorneys told them to do. As the result no investigation was conducted by the schools to find out who was involved and how these things happened. 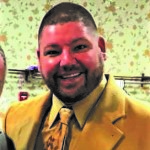 * Steve Angelo was born and raised in Methuen. He has never been politically active prior to this year. He works for the Town of Stoneham and has experience in municipal government. Angelo is the recreation director for the town. He says he runs his own budget, so he understands how municipal budgets work. He added that he wants to bring a new focus to recreation for the youth of the city if he is elected.

A LOVE FEST ON THE ISSUES
All four candidates said during the Paying Attention! Podcast debate that they do not like the way the new charter change question will be presented on the ballot in two years. Each candidate agreed that the public should have the right to vote on every proposed charter change individually rather than voting yes or no on all the changes at once.

All four candidates also agreed that Methuen should stop cancelling primaries simply because there aren’t enough candidates to eliminate in a primary election. Each of them also pledged that they have no conflicts of interest and do not have any family members working for the city.

THE POLICE CONTRACT
Much has been made about the city council vote in 2017 giving the superior officers raises that some deem to be obscene. To date, the real amount of the police raises is still not known. The Eagle Tribune published bogus numbers claiming captains would be paid $435K each under the contract. Whatever the real numbers are, it is clear through the Inspector General’s report that the 2017 city council broke the law at least twice during the ratification of that contract. It is also clear from the IG report that none of the councilors actually read the contract before the vote.

Dave Beauregard criticized the city council saying that not one city councilor asked a question about the substance of what was actually in the contract during the night of the vote. “All anyone cared about was this rule of necessity [this allows councilors with a conflict to vote on a contract anyway]. Not one of them asked for a financial impact statement as required by law. The entire process of how that contract was passed can never be allowed to happen again.”

Nick DiZoglio said that at this point we are 18 months down the road and we “have pointed fingers and laid blame, we’ve said the superiors shouldn’t have sent that contract and the mayor should have read it.” He added that at the end of the day he believes it’s not a real contract and it is in the hands of the courts. he says the current council should not have taken it into their hands.
He said he would get rid of part time city solicitor Rick D’Agostino and hire a full-time attorney. He said that if Methuen had a full-time solicitor none of this mess would have happened.

“The city council did not have the legal authority to go to the courts. Our hands were tied as to the legal structure of the City of Methuen. That’s a function of the mayor. I agree with Dave Beauregard, it was a terrible way this contract was done. I was not on that council, that was before I got elected. It’s a really dark stain on Methuen’s history. But, moving forward, the best way to deal with it is to debate it in the paper but deal with it by coming together and that’s not what happened. In my opinion I think that there were people involved who didn’t want to solve this problem. I think we had all the tools to solve this problem and I think that was stymied in some ways.”

Finocchiaro did propose to the council a formal mediation process to resolve the police superior officers’ contract but it was not supported by the rest of the city council.