By ValleyPatriot on July 29, 2021Comments Off on Why I’m Running for MA State Auditor ~ IN YOUR CORNER with SENATOR DIZOGLIO 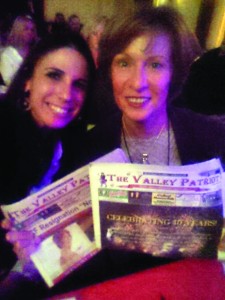 Massachusetts people have too often been left in the dark due to the secretive and inaccessible culture of centralized power on Beacon Hill.

Recently, I announced my candidacy for Massachusetts State Auditor to bring greater transparency and accountability to our government.

As State Auditor, I will begin by auditing the Administration’s actions during the pandemic crisis. The millions of taxpayer dollars spent on no-bid contracts during the failed vaccine rollout requires greater transparency. I will also launch an audit into the tragedy surrounding the Holyoke Soldiers’ Home.

My other priorities include the work I started in the Legislature to shine a bright light on the abuse of nondisclosure agreements that have been used by the politically powerful to silence victims about harassment, discrimination and abuse across our government.

As a state senator, rather than trying to work within the rules of the powerful Beacon Hill establishment, I have taken it on – fighting for increased transparency, equity, accountability and accessibility for all.

Our communities deserve a state auditor who is not afraid to speak truth to power and who has the proven track record of standing up for what’s right even when it means standing alone.

I look forward to meeting voters in every part of our Commonwealth and explaining my vision for the Auditor’s Office and how it can help our government to live up to its promises.

If you have questions about this or any other issue, please contact me anytime via email at diana@dianadizoglio.com or phone at 978-984-7747.