By ValleyPatriot on July 2, 2018Comments Off on Why Isn’t Dracut Budgeting for Capital Expenses?

The only thing less surprising than another attempt to get around Prop 2 ½ is that it took so long for it to happen. Sadly predictable. Every two or three years lately, Dracut property owners have to go through this special-election-to-raise-taxes crap.

This time, Town Manager Jim Duggan brought an article to June town meeting asking for a debt exclusion that combines $4 million for a new fire station in Collinsville and $950,000 for security in Dracut Public Schools.
Just about everything about this current proposal is wrong…

It was wrong to initially group these two items together. What reason, besides politics, could there possibly be for doing so? Voters have shown little interest in school department overrides in recent years; attaching additional school spending to the fire station was a blatantly obvious attempt to try to get it passed via piggyback, as it likely has little chance on its own. Thanks to Ray Leczynski, GOP candidate for State Rep in Dracut and Tyngborough, who led the charge at town meeting, the items have been split into two ballot questions and will be voted on separately during the state primary election September 4th.

It’s the wrong time for more tax increases. Property taxes are high enough in town already. Residents are already paying additional taxes above the limits set by Prop 2 1/2 as a result of debt exclusions that were passed for the new library, police station and $60 million high school. Burdening property owners with even more new taxes right now is too much all at once.

It’s the wrong way to pay for capital projects. The fact that Dracut needs a new fire station in Collinsville shouldn’t be a surprise to anyone with eyesight. What should be surprising and alarming is the lack of capital planning in recent years to ensure projects like fire stations happen within the budget, instead of through additional tax increases.
In case you’ve lost track, this is the third time in six years that Dracut property owners are being asked to raise our own taxes. In 2013, a whopping 72% of voters said “no” to two Prop 2 ½ overrides — $2.9 million for schools and $200,000 for police, fire and public works. In 2016, voters again rejected two Proposition 2 ½ overrides — $560,000 for additional police officers and firefighters and $550,000 to install wireless technology in the elementary and middle schools.

Operating expenses and capital projects should be part of the budget, not contingent on continual tax hikes. It’s a bad way to do business. (An override should never be done for operating expenses; it’s contrary to solid municipal budgeting practices!) The voters keep sending the same message, but it keeps falling on deaf ears at town hall.
Speaking of which, remember what happened when Dracut needed to build a new town hall? In 2006, taxpayers were told we had to override Prop 2 ½; there was absolutely no other way to pay for the project. The only problem, as you may have guessed, was the pesky voters; they rejected the $9 million override. But, fear not; the town subsequently “found” the money in the budget. An Arlington Street miracle!

Know what else was “found” in the budget? A $24,000 raise for the town manager last year, after a split 3-2 vote by the Board of Selectmen. Another Arlington Street miracle!

According to The (Lowell) Sun, Selectmen Chairwoman Alison Hughes said at the time that Duggan’s performance warranted a large raise based on the impact he’s having on the town financially. “Yes, it is a lot of money. But Mr. Duggan is a fiscally responsible town manager. He’s brought in more money than we’ve seen in the last 30 years and we need to keep Mr. Duggan on.”

Apparently, enough money hasn’t been brought in for Dracut to stop trying to chip away at Prop 2 ½ and squeeze every last dime from town taxpayers. 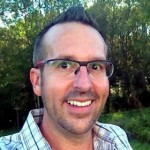 Brian Genest is a member of the Dracut Republican Town Committee. A marketing and communications expert with 20 years of success driving growth, maximizing ROI and boosting profits for consumer and high-tech brands, he has developed and executed strategic initiatives for a range of disruptive technologies, including robots, mobile commerce solutions and SaaS products. Earlier in his career, Genest worked as a newspaper reporter and editor for the Dracut Dispatch, Derry News and Billerica Minuteman.