By Dr. Charles Ormsby on February 3, 2012Comments Off on Why Isn’t the Unemployment Rate Zero?

… or, there goes the government screwing things up again!

Thinking Outside the Box: by Charles Ormsby 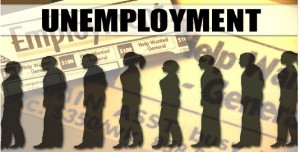 We are so used to hearing about the rate of unemployment that we have come to think that a significant percentage of the workforce (those who are able and desiring to work) being unemployed is normal. But it is not.

In a free market economy people are only unemployed if they don’t want to work; i.e., they choose not to work because they prefer to do something else and forego the opportunities available to sell their labor.

On the demand side, there is never a lack of things that people want or services that people want performed. Everybody has desires and corresponding amounts that they are willing to pay to satisfy those desires.

On the supply side, everyone has skills or capabilities to make things or perform various services and there are corresponding amounts that they are willing to accept for their products or services.

The free market is where these demands and supplies meet and auctions are conducted to provide the most compatible matches of suppliers and consumers.

Compatibility has many dimensions: price, convenience, quality, timeliness, safety, trustworthiness, reputation, payment terms, future guarantees, etc. The auction is complicated because life is complicated. That is just the way it is.

The auction always includes, for all participants, the option of not participating in any economic trade/transaction and doing something else. We’ll refer to that option as “going to the beach.”

It is just as understandable that someone will forego the opportunity to acquire a product or service (i.e., hiring someone) because the lowest offered price is greater than what he is willing to pay. We experience this hundreds of times each week when we walk through Walmart or our local Lamborghini dealership and decline to purchase over 99 percent of the items offered. The same is true when we consider hiring prospective employees.

It is perfectly natural that some people choose not to work for the benefit of others for some period of their lives. They have merely decided that not working (going to the beach or, alternately, working for themselves or their family or a charity) maximizes their happiness.

These individuals have taken themselves out of the labor market and they are not part of the pool of individuals that the unemployment rate is based upon.

The unemployment rate measures the percentage of those who have a serious desire to work, yet are unemployed because there are no opportunities for employment. For this group, the free market unemployment rate should be very close to zero … consisting only of those who are terminated by their employer and who are in the process of identifying the best available opportunities for being re-employed.

What is not normal is for any significant percentage (say over one to two percent) of those seriously desiring to work to be unemployed at any given time. All unemployment above this level – 80 to 90 percent of those currently unemployed – is due to government interference in the labor market.

It is hard to conceive of any mechanisms and/or policies that would effectively discourage employment that the government is not aggressively pursuing today as it wrings its hands and loudly professes to be concerned about unemployment.

What does the government do to cause unemployment?

I would offer a list of all the ways that the government encourages job creation and employment, but other than creating a consistent legal framework that supports private property rights, there is none.  (Note: For those who are fans of government jobs, it should be noted that every extra-constitutional government job created destroys two private sector jobs, not to mention causing an accompanying loss in productivity.)

The free market only needs the government to fulfill its legitimate functions as outlined in our federal and state constitutions – and nothing more – and unemployment will virtually disappear. In fact, if government got out of the way, overall employment would increase much more than just putting the current unemployed to work. With a healthier private economy, many people who currently choose not to work will be attracted back into the labor market, both because employment opportunities will expand and because real wages will increase.

Isn’t it about time to free the American people, let our citizens go back to work and banish President Obama to the beach? I hear there are very nice beaches on the island of Elba.

Dr. Ormsby is an ex- member of the N.A. School Committee. He is a graduate of Cornell and has a doctorate from MIT. He is currently a Professor of Mathematics at UMASS, Lowell. You can email him at: ccormsby@verizon.net