By Tom Duggan on June 18, 2015Comments Off on Worcester Man Pleads Guilty to Tax Refund Fraud 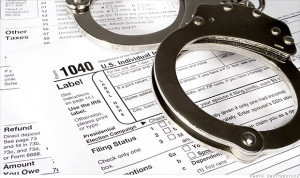 Between November 2011 and November 2012, Abreu-Elicier and other co-conspirators fraudulently obtained and cashed federal income tax refund checks issued in the names of unsuspecting identity theft victims.  These checks were issued based on fraudulent federal income tax filings submitted to the IRS using the names, social security numbers, and other stolen personal information of victims.  In order to cash the checks, Abreu-Elicier worked with Cynthia Mansfield, who, in exchange for a fee, used her position as a manager of a Worcester-area bank, to cash the checks, falsify bank records, and conceal the existence of the fraud.  Over the course of the entire scheme, Abreu-Elicier and his co-conspirators cashed 138 fraudulently obtained U.S. Treasury checks worth $993,158.

This conviction marks yet another success in Operation Point Break, a multi-agency federal law enforcement initiative aimed at combatting stolen identity refund fraud across the country.

Mansfield was charged separately for her role in the conspiracy, and sentenced in April 2015 to five years of probation, 11 months of which must be served in a residential re-entry center, and ordered to pay restitution.

The charging statute provides a sentence of no greater than five years in prison, three years of supervised release, and a fine of $250,000.  Actual sentences for federal crimes are typically less than the maximum penalties.  Sentences are imposed by a federal district court judge based upon the U.S. Sentencing Guidelines and other statutory factors.