By Tom Duggan on April 6, 2017Comments Off on 1950 Line of Duty Death Discovered, Great Grandson a Lawrence Cop 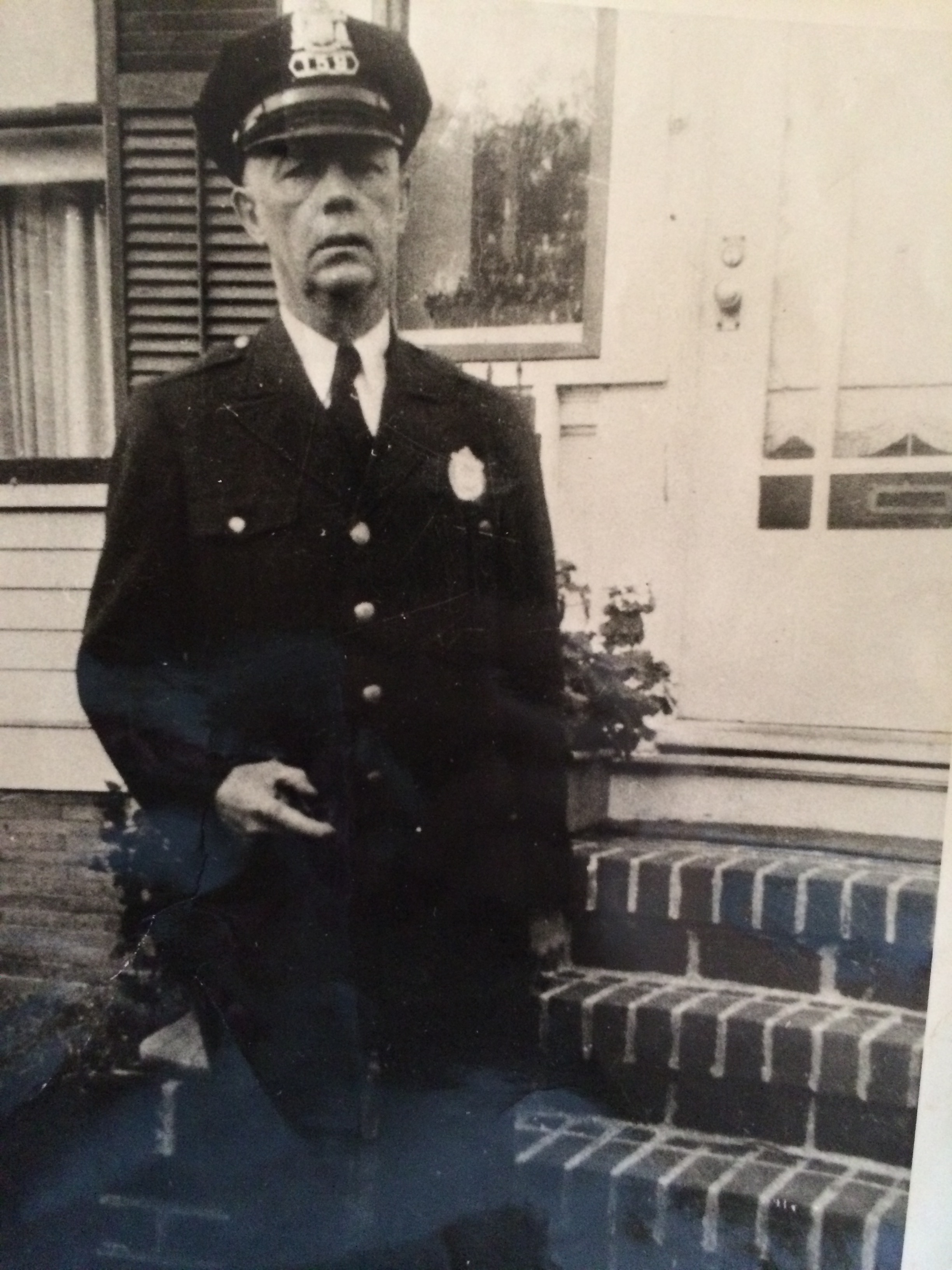 Until last week, the official records show only two Lawrence police officers have died in the line of duty in the city’s history. Peter Manning was killed by a drunk driver in the 1950s, and Thomas Duggan Sr. who was beaten with a metal softball bat in 1990. Both names appear on the National Law Enforcement Officers Memorial in Washington D.C.

Now, Jeremiah O’Connor’s name will be submitted to the Memorial to be added to the etched names of Law Enforcement heroes who lost their lives protecting the public.

“I knew the history, there was always the family legend, but as families grow apart we kind of just left it at that,” Officer Daly said.

“My grandfather died in 1995, so all the lore kind of went with him. Then I was talking to Justin Crow one day (the facilities manager for the police station) and he said he was willing to try and dig up some old records and see what he could find.

Crow did look through old archives and boxes at the police station and eventually came across a box containing Jeremiah O’Connor’s photo and employment history showing he had collapsed after a heart attack while arresting a suspect.

“I had always wanted to go look it up myself at the library, it always nagged at me. But you know how things are you just never get to it.”

Daly says he finally did go to the library and found an old article verifying the story that was handed down to him from his mother. “My grandfather walked a route on Franklin St. That was his beat. All the bars were on Franklin St. back then. He did that route six days a week.”

“When my grandfather became a cop he took over his father’s route and got his badge number. He retired in 1969 as a Lawrence Police Lieutenant.

DYING IN THE LINE OF DUTY

“Once Justine showed me what he found, we learned that story was true. I can’t thank him enough, he did a lot of work on this.”

“I just wish I knew the story better. He was dead 23 years before I was born. Everything we know was handed down from my grandfather to my mother and then to us as kids.”

A HISTORY OF SERVING

“That’s why I became a cop,” Daly said proudly. “It’s also why I wanted to be a Lawrence cop. I worked for the Durham NH department for 17 years but I really wanted to work in Lawrence. I took the test quite a few times before I finally got on.”

“First,” he recalled “I didn’t have residency in the city so I didn’t get on. I took the test again as a resident, but that was when all the layoffs happened. By some miracle a reserve list was created from 2010 to 2014 and I sat on that list till I got on.

Asked if he was able to get his grandfather and great-grandfather’s badge number (11) he said Lt. Flemming went on a hunt to find one, but the best they could come up with was badge #111.
“Hey, I’m happy with 111,” he said proudly.

His great-grandfather Jeremiah O’Connor had three daughters, two of which are still alive. One lives in Methuen, the other in Exeter NH. A third great aunt passed away last week.

Daly’s grandmother’s grandfather (great, great, grandfather) was a police constable in Lawrence in the 1800’s, but he says it would be nearly impossible to find any records on his service.

Lawrence Police Officer Frank Daly said he loves being a Lawrence cop and considered the guys he works with to be “like superheroes.”

“You see what these guys do on the streets every day and you shake your head at least once a day saying ‘that was amazing.’ When I tell my friends these guys patrol the streets sometimes with 6 guys for the whole city they don’t believe it. But the guys out on the streets handle it better than anywhere I’ve ever seen.

Daly and his aunts will be honored at The Valley Patriot’s 13th Anniversary BASH on March 24th at the Firefighter’s Relief In, 1 Market St. in Lawrence at 6pm.