By Tom Duggan on October 15, 2017Comments Off on 1st Amendment Case in NH Scheduled for November,

Demers is being sued by Acadia Insurance for slander and defamation after publishing satirical artwork and parodies of their company and company employees on-line.

Acadia is seeking to silence Demers who has been spearheading a boycott against Haffner’s Oil Company (and their contractors) after they over-filled the Demers family oil tank in 2007, causing more than 200 gallons of oil to spill into the basement of the family home. More than 50 gallons of oil spilled out of the vents and down the foundation wall, seeping into the ground on the Demers property. Those facts are not in dispute. 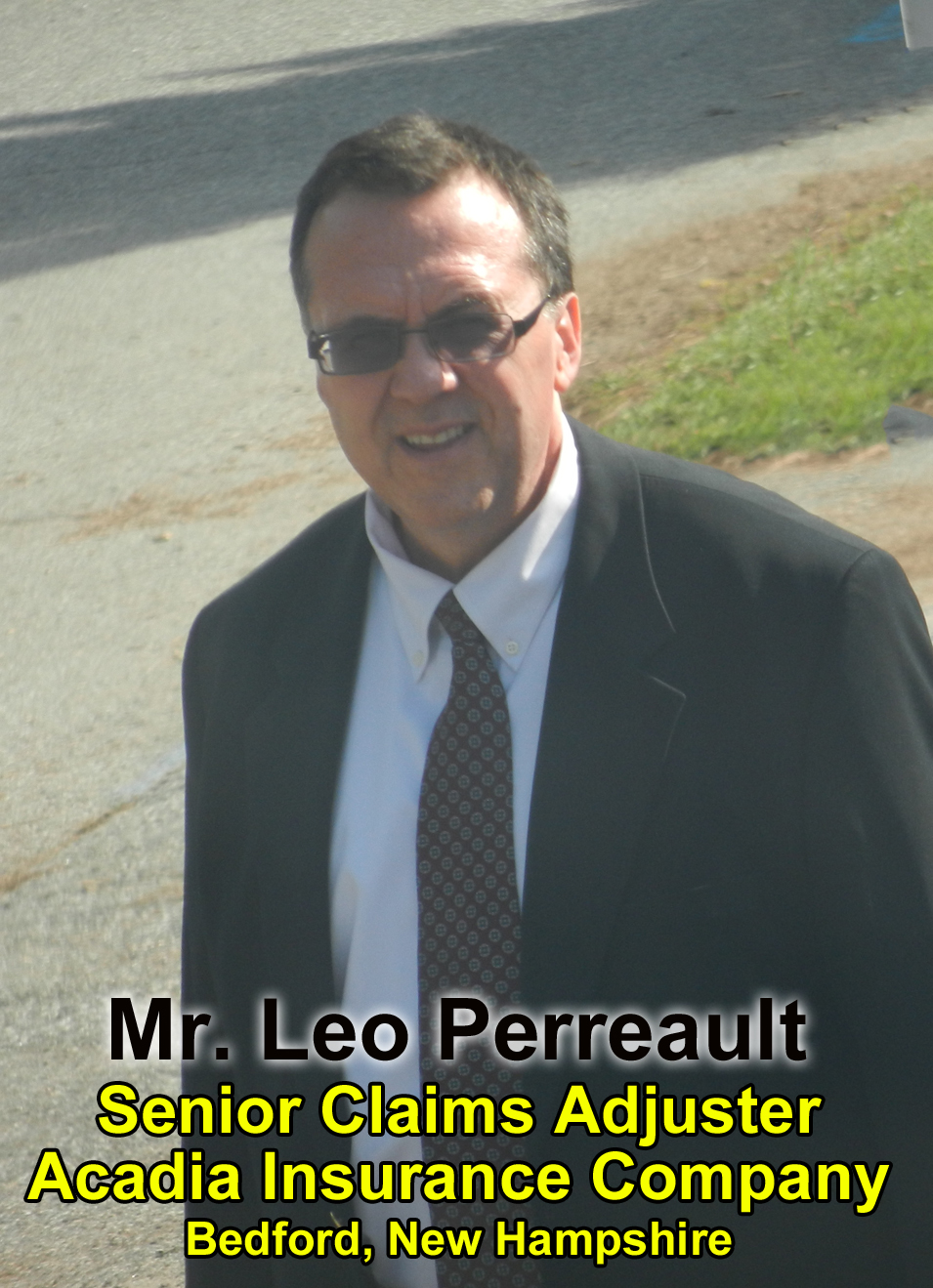 Demers sued Acadia, (the insurance company for Haffner’s Oil) as well as Haffner’s, Enpro, and Ambrose Environmental after he and his mother got sick, claiming it was the result of the toxic fumes from the oil spill that was not adequately cleaned up.

Demers lost that court case, but took to YouTube, Facebook, and Twitter to ask the public’s help to refurbish his mom’s home, as well as to call for a public boycott of Haffner’s and the other companies involved.

“They had a moral obligation to keep their word. They said they would clean this spill and put us in the same position we were in before the spill. They half did the job, and we got sick. Now they are suing me to stop me from telling my story. They say that because we lost the legal action we have no rights to talk about it. Well, we do have rights. We have the right to tell people they made a promise to their customer and they never kept their word. We have the right to call for a boycott. That’s the American way.” 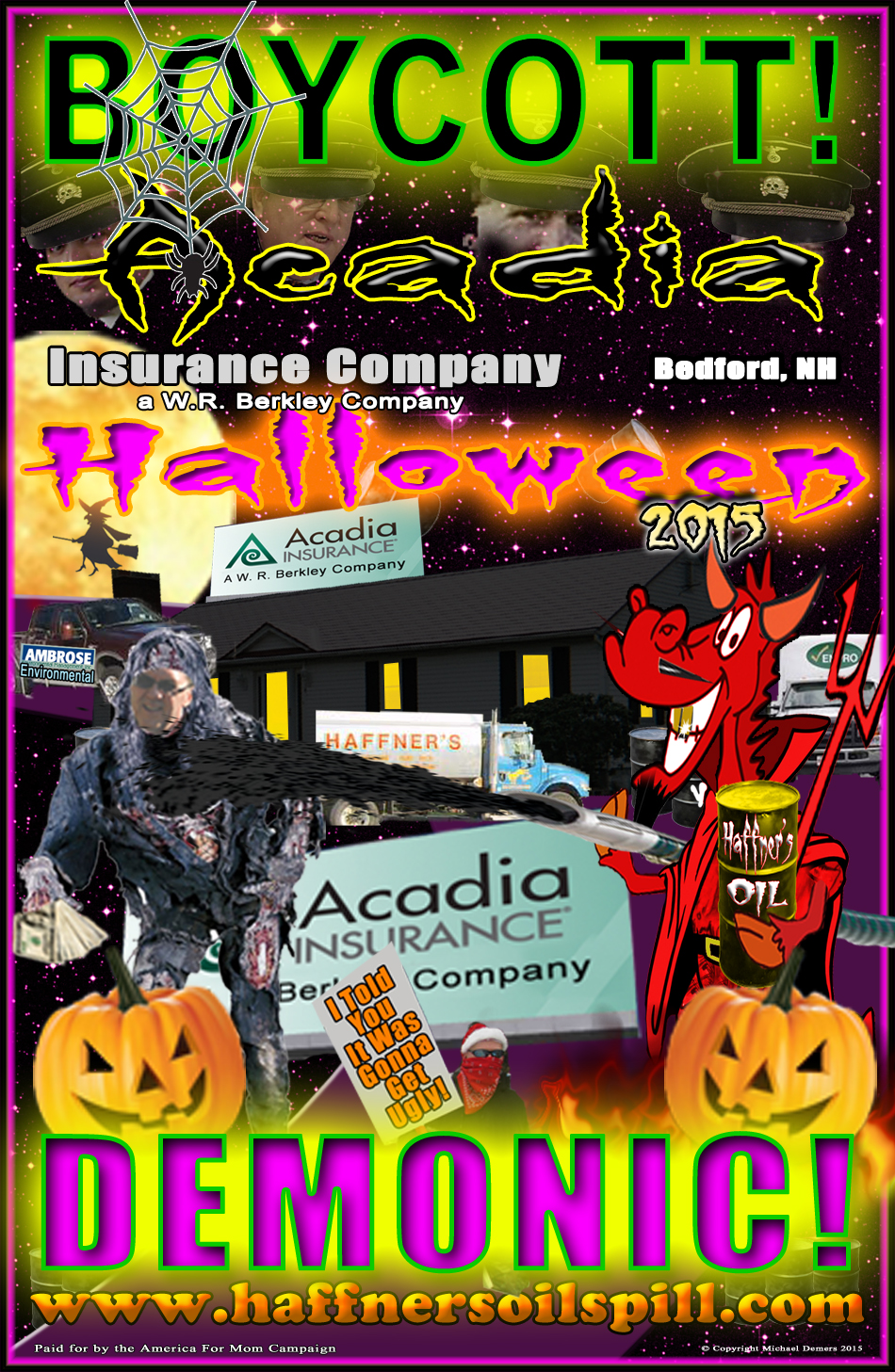 Demers says that Acadia is trying to stop his boycott by stopping him from promoting it on social media.

“My artwork and parodies are essential to promoting a boycott and that’s why they are trying to silence me. If I can’t promote it, there is no boycott.”

For their part, Acadia Insurance claims that the Demers parodies and boycott give the impression that they were legally negligent or responsible after a jury of eight has already ruled in their favor. They also object to Demers’ use of photos of their employees involved in the oil spill and its aftermath, calling his behavior harassment and defamation of character.

“It says right at the top of my webpage that this is not a legal claim; it’s a moral claim,” Demers says.

“I don’t know how they can even make the allegation that I’m making a legal claim. It’s all smoke and mirrors. It clearly states at the top of my website that we lost the court case.”

“So, OK maybe it’s legal to screw over a 73 year old woman … fine. They have all the high priced lawyers on their side. But that doesn’t make it right. They never made us whole. I have the right to say that, and I’m going to keep saying it. My mom is now bankrupt because they knew the law and they exploited the law. She maxed out all her credit cards on hotel bills that they promised they would take care of while we were out of the home. Now they are saying I’m bullying them? A multi-million dollar company that’s spends more money on lawyers to silence me, than they would have spent if they had built my mom a brand new home?”

“You can’t make this stuff up.”

Acadia, Haffner’s and Ambrose are not seeking monetary damages from Demers, rather, they are seeking to censor his activity on-line as well as put a stop to his boycott. The Valley Patriot will continue to follow this story.