By Tom Duggan on May 2, 2018Comments Off on 23 Year Old Man Murdered on Broadway in Lawrence Late Tuesday Night Identified

A 23 year old man (who was originally identified as 25) was shot to death late Tuesday night at 550 Broadway in the parking lot of an apartment building.

The man was identified this morning as Victor Pena of Bunker Hill Street in Lawrence. He was shot once in the chest.

Lawrence Police got the call of shots fired shortly before midnight, the suspect shot a 23 year old man and fled on foot towards the Manchester Street park adjacent to the St. Mary’s Cemetery. 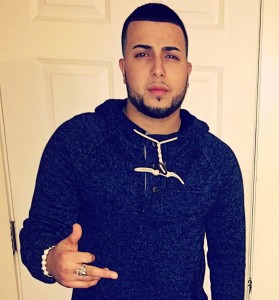 Lawrence Police and EMT’s from Lawrence General Hospital performed CPR on the shooting victim for more than 10 minutes at the scene and continued to do CPR in the ambulance as the man was transported to Lawrence General. Valley Patriot sources say that the man was pronounced dead shortly after arriving at the hospital.

A canine unit was called in and a search was conducted but as of the time The Valley Patriot left the scene they had not located a suspect.