By ValleyPatriot on May 6, 2022Comments Off on A Job Well Done by MASSPORT Police Officer Matt Flynn 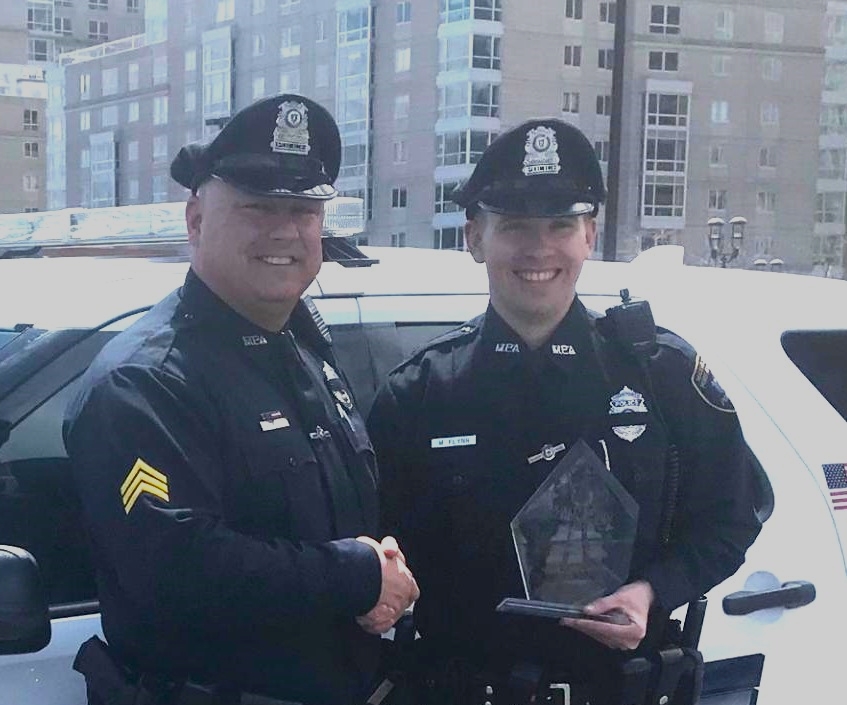 Last night I received a phone call which every parent, spouse or a family member of a police officer hope to never receive, but knows it is always a possibility.

The call was from a Police Lieutenant Chris Ryan with the Massachusetts Port Authority Police Department who woke me from a sound sleep.

He said, “Jerry, I don’t know the whole story yet, but they are transporting your son Matt to Massachusetts General Hospital.” I knew Matt was working last night because I stopped over his house yesterday to see his daughter Tegan and he was getting ready for work.

I immediately asked, “is he OK?”

Not knowing if he was shot, stabbed or in a motor vehicle accident. The Lt. said, “I’m not working, but he’s a hero!”

Those words have a different meaning to those of us who are or were police officers and it’s NOT usually good!

I immediately called Matt’s cell phone and received no answer. Of course, Joellen overheard the entire conversation and was in full panic mode asking me what happen – to which I didn’t have a clue or how to tell his mother what I was thinking.

I again called Lt. Ryan back and said do you have any other information – he stated, “he’s at Mass General being treated and he saved a woman’s life.”

I too was in a full panic, so I thanked him – hung up and called Matt’s phone one last time before I was getting ready to fly down to Boston.

After numerous rings, I heard his voice say, “Dad, I’m ok, but I’m being treated for hyperthermia – I will call you later.”

Needless to say, I was excited to hear his voice and thrilled he was ok.

But I still didn’t know what happened and he was subsequently released from the hospital, and he went home without calling me last night. 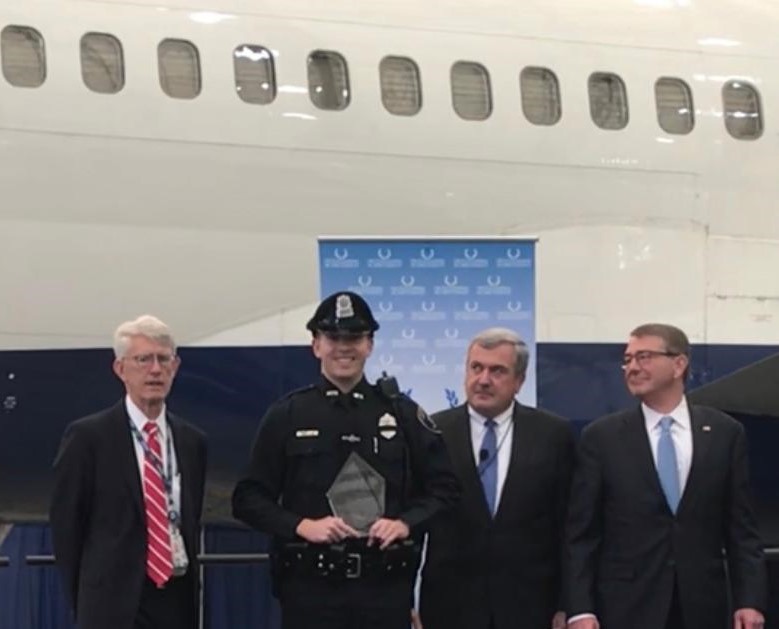 Matt has always been a quiet, reserved person who never talks about himself, but is an advocate for those less fortunate and as always made me proud of him and was the pride of his grandfather’s eye and his only grandson.

Last night was no different. Matt was on patrol in the East Boston area of MASSPORT and they are not allowed via policy to drive their cruiser thru the park area, which abuts the harbor.

So, as he was walking, he observed a distraught female hanging over the edge of a railing above the frigid dark waters of Boston Harbor.
As he approached her, she stated she was going to commit suicide and after he observed she had no weapons, he immediately called his supervisors for assistance and he attempted to talk to her as he got closer, he was able to grab her.

But she fought loose and jumped into the harbor. Matt immediately took off his gun belt but knew if he went back to the cruiser to get a rope or the lifesaving flotation device, he would lose sight of her, and she would surely drown.

He immediately jumped in the frigid (40 degree) water of Boston Harbor during high tide and with total disregard for his own personal safety, he swam and was able get to her.

Matt held on to her for nearly 15 minutes until the boat rescue team arrived and pulled them both to safety.

His actions were indeed heroic, but they reminded me of the horrific different circumstances that happened to Worcester Police Officer Manny Familia who drowned doing exactly what Mass Port Police Officer Matt Flynn did last evening.

As the father of Officer Matt Flynn, I am extremely proud of him and the man he has become. This was a boy who always wanted to be a police officer and he always did the right thing. Like his grandfather, Matt was always a strong swimmer, and I am sure he was looking out for him last night.

This is not the first time Matt helped a distraught person nor is it the first time he has been cited for bravery. But his heroic actions on this night could have been catastrophic, if not for the grace of God.
As Lt. Ryan said to me today – “No matter what you did in your career, you will now be known simply as Matt Flynn’s father.”

I said, “that’s fine because he’s always been my HERO and his grandfather would be so proud of him.”