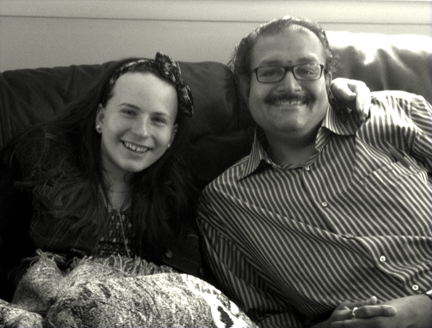 Justina Pelletier, one of four children of Lou and Linda Pelletier, was diagnosed with Mitochondrial Disease by Dr Mark Korson at Tufts Medical Center 2 years ago. Her elder sister Jessica also has the same disease and almost died from it before the family, from West Hartford CT, first found Dr Korson and managed to get her diagnosed and treated 4 years ago.

Dr Korson used to practice at Harvard’s Children’s Hospital in Boston but moved to Tufts 12 years ago.

Due to a complete shut-down of her intestines, Justina received a cecostomy at Tufts at the hands of famed gastroenterologist Dr Alejandro Flores. In January of 2013 Dr Flores was lured away to Children’s.

Till February 2013 Justina was in good health, was a competitive ice skater and loved going to school every day. West Hartford had established an Individual Education Plan as she had suffered a small stroke as a child from her Mitochondrial Disease. Justina excelled at her studies.

In February 2013 she came down with the flu and her body shut down. She was taken by ambulance to Harvard’s Children’s Hospital and solely for insurance reasons as someone from outside Massachusetts was taken to the Emergency Room though she had a bed waiting on Dr Flores’ service.

Within 25 minutes of arriving at the ER, Justina was informed by a neurologist that Mitochondrial Disease does not exist and that she had a purely psychiatric illness called Somatoform Disorder.

Somatoform Disorder is a speciality of Dr DeMaso, the Chief of Pediatric Psychiatry at Children’s, who has written the textbook on this diagnosis.

For 2 days the parents entertained the various pronouncements of the team at Children’s but became worried when presented with a Care Plan that prohibited them from ever seeking a second opinion for their child.

Justina was transferred to a locked psychiatry ward where she remained for 11 months. For much of that time there was no oversight by DCF, who deferred totally to Children’s decisions.

In November this story was broadcast on WTIC FOX CT by Beau Berman whereupon the Judge verbally ordered the parents that he was placing them under a gag order. They were specifically ordered to not talk about Children’s Hospital’s insistence that they agree to never take Justina back to Tufts in order to regain custody of their child.

At Children’s Justina was informed daily by Harvard’s Child & Adolescent psychiatrists that her symptoms were all in her head. She did not receive any schooling those 11 months. Visits with the family were denied for 2 Christmases and 2 Easters along with numerous family birthdays. She was allowed one 20-minute phone call per week and one 1-hour visit with her family per week. Those visits took place under armed guard. The parents were prohibited from taking photos of the child.

By January 2014 the parents had become alarmed that she was going to die as she was now unable to stand by herself or walk. She was now wheelchair-bound which was new.

The Valley Patriot newspaper stepped in and filed the first Motion in Court against the gag order on Constitutional grounds. The Massachusetts ACLU declined to do so. The gag order was rescinded but not till after the father had gone on the Glenn Beck show in order to appeal for the nation’s help. DCF filed a Motion to throw the parents in jail in response but this became moot as the gag order was proven unconstitutional.

After the case hit national headlines the parents received pro bono legal counsel from Liberty Counsel of Washington DC who also filed two other cases in Massachusetts Appeals Court. A nonpartisan group of community activists came together under the “Free Justina” campaign to push for family rights and to end her stay in a locked ward. Numerous rallies were held. 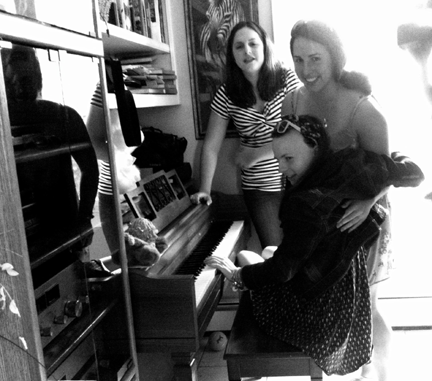 The matter was helped significantly by the involvement of two Massachusetts Legislators, James Lyons of Andover and Marc Lombardo of Billerica, who stepped up to help a family from out of state who had no local representation. They tried twice to get the Legislature to intervene productively but could not overcome the national reputation of Children’s Hospital.

The public campaign however drew in the Governor who directed the Secretary of Health to resolve the issue. Secretary Polanowicz managed to get DCF to agree to terms that the parents had been requesting for more than a year. Finally all parties filed Motions to dismiss the case, which the Judge accepted on Tuesday the 17th of June, 2014.

She is back under the care of Dr Mark Korson at Tufts.

After 16 months in Massachusetts Government custody, Justina Pelletier returned home today at noon to a joyous welcome from family, friends and her favorite dog Roxie. Her arrival was recorded by 6 TV crews and numerous reporters, including from the Valley Patriot.

Unlike the time before her stay at Children’s this time Justina had to be carried everywhere in her father’s arms. The family hope she will be able to regain the ability to walk by herself. Justina herself said to this reporter that she is waiting to be an ice skater again as well. Throughout the day Justina was visibly delighted to be home and enjoyed the company of visitors and the press. She also gave a solo TV interview to Beau Berman at FOX CT.

A huge celebration is planned for the near future to be attended by activists from all over the United States who pushed for her release.

28 Responses to "After Being Kidnapped by Department of Children and Families, Justina Pelletier is Home Free"