By Tom Duggan on February 14, 2014Comments Off on An Interview with Rep. Coleen Garry – Dracut’s Conservative Democrat 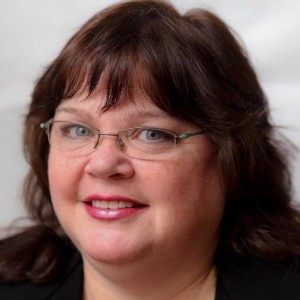 Garry is one of few conservative Democrats in the Massachusetts State Legislature and represents Dracut and Tyngsboro, the second most conservative district in the state.

Garry bucks the Democrat Party leaders on most of their major platform issues. She is pro-life, she supports voter ID, she supports real transparency in government and as the result of the on air discussion, has promised to help change a state law that declared the statewide voting list “not a public document”.

“I’m a conservative Democrat. I’m financially conservative. I’m morally conservative. I’m pro life. I’m the old fashioned Democrat. I grew up in a family that were Democrats, very religious, very catholic and we believed we were all there to help each other. But, you work hard and do what you have to do to get by. I think that the Democratic Party is getting more and more liberal. But, I’m not ready to give up on the Democrat Party. I think, to leave would be to give in to the liberals.”

“There are some of us who are very conservative, Steve DiNatale out of Fitchburg, Jim Dwyer out of Woburn, and Tom Stanley from Waltham. There are a few of us.”

Garry said that she thought it was time for a conservative Democratic Caucus in the state legislature to work on conservative issues. “I do think it’s time to start a conservative democratic caucus. We have a woman’s caucus, and for a long time I wouldn’t even pay dues to it because I felt like they were too liberal. They have really tried to back off on more of the controversial causes. For a long time they were too pro-choice, and now they are focusing on representing women in the legislature.”

Garry was asked why the leadership in the Democratic Party is so vehemently against Voter ID.

“There are quite a few of us who are for Voter ID.”

“I’m not sure, because we have argued that we (the state) would give free ID’s. So, it’s not the cost of it. It just doesn’t make sense to me. I don’t know whether it’s this big, non-specific idea that they have because of problems down south (in the past) but it doesn’t make any sense to me at all. Everyone should have an ID.”

“One of the arguments I’ve heard is because of the elderly who are housebound, who don’t have ID because they don’t need them for anything. My argument is if they are housebound, they are going to a doctor usually. Now, if you go to a gym or physical therapy, they take a picture of you [you get an ID]. I mean it’s very easy.”

Garry said that she was disturbed by those who claim voter ID is racist and that she fights hard against that stereotype. She also said she was disappointed in State Senator Barry Finegold’s legislation to have same day voter registration, which would make it easier for people to commit election fraud.

“Unfortunately Barry Finegold’s legislation is going through. It’s the most absurd situation.”

Garry says one of her pet projects has been to try and change the law requiring political candidates to stand 100 feet from a polling place on election day. She said that it restricts voter access to the candidates, and candidate access to the voters. “The idea that candidates have to stay so far away from our voters, that we can’t even shake their hand is absurd.”

Garry was asked what it’s like being a minority in the majority party as a conservative Democrat.

“I’ve learned over the years that every district is so different. Some of them [other legislators] look at me and think I am a cavewoman for some of my views. I do agree with some liberals on [some things]. In the world we live in now, the government has had to take over some areas because parents are not doing the job they need to do when bringing up their children. Whether it’s single moms doing the best that they can, or because the dads are gone, or parents having two jobs, or kids growing up too fast and being exposed to much more, there are some things I think we have to teach the kids in the schools because they are not learning it at home.”

“One of the things I am concerned about is one of the bills we passed last year about making sure we educate the kids who are expelled or suspended. We cannot let their education lapse, but they are the ones causing the problems in the schools. There are so many problems going on in the schools that are coming from the lack of parenting, or issues with ADHD … or those kids who are integrated with special needs. The teachers are trying to teach to all those levels in that class and deal with a disruptive student, it’s very problematic.”