It is Time to Stop Oppressing the Downtrodden!

THINKING OUTSIDE THE BOX! 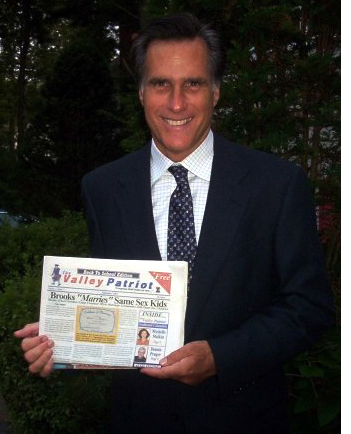 America is currently enduring its second Depression in the last hundred years.

Seventy percent of us have escaped with just moderate wounds. The value of our assets has declined. Our prospects seem diminished. We feel less secure. We have less confidence that our prosperity will endure. But, for now, the majority of Americans are getting by. We have the resources and income to keep our heads above water and we are enjoying the fruits of modern technology.

The same cannot be said for the thirty percent who have minimal assets, are unemployed or underemployed, and who see little prospect of finding productive work — work that will reward them both emotionally and financially and provide the basis for a stable and secure future.

This thirty percent is made up of many sub-populations that provide politicians endless opportunities for pandering: EBT cards and free healthcare for the perpetually poverty-stricken, ninety nine weeks of unemployment benefits for those out of work, mortgage forgiveness programs for those whose homes are under water, free tuition or low interest rate programs for college students, etc.

Of course, all of these programs are accompanied by unintended consequences that invariably make the diseases they were intended to cure far worse than when the programs were introduced, not to mention the financial burden they impose on the broader economy. These programs always lead to greater pain and calls for more government intervention.

Lyndon Johnson’s war on poverty is now fifty years old. Despite spending trillions of dollars, poverty is winning and the wealth that has been destroyed cannot be reclaimed. More accurately, the trillions thathave been spent on welfare have, in fact, funded poverty’s growth and caused untold suffering.

If you stand back and take it all in at once, the picture is clear. Our economy is like the mighty Hercules, struggling to rise up and achieve greatness but being held down by regulatory chains, covered with the sludge of tarbaby entitlement programs and bleeding from high taxes and wealth redistribution programs. It is amazing that the economy functions at all.

Our current malaise seems to be a permanent state of affairs. Our debts are growing out of control. Intelligent and capable human beings – our neighbors – are unable to find work despite the fact that there is a need for their productive efforts. Natural resources that could be used to make our lives better are languishing untapped and wasted.

Fewer Americans are working today than a decade ago even though our population has grown roughly ten percent. Our youth unemployment rate is nothing less than a disgrace. The July 2011 employment rate for 16-24 year olds, typically the high point of the year when summer employment kicks in, hit a record low of less than 49% (the lowest since data was first collected in 1948; 2012 data is not yet available).

By comparison, this employment rate has averaged approximately 60% from 1948 to 2008. Even college graduates, most burdened with huge debts, are hard pressed to find employment.

What can we do to help the downtrodden? Increase the minimum wage? Require that employers offer better health insurance with lower co-pays? How about requiring a shorter work week, more vacation, more generous family leave policies and mandatory siestas every afternoon? Maybe adding a few more regulatory agencies manned with newly hired bureaucrats would help spark a recovery.
But why not achieve the same outcome using a more direct approach: just outlaw private employment altogether. Now that would be real transparency!

Governor, you are well aware of the forces that drive economic growth and you know what impedes that growth. A majority of the voting public is ready for an honest defense of economic freedom. In fact, the American people thirst for it.

Employment is not encouraged by making the burdens of employment greater or by rewarding sloth. Every law that imposes such burdens … minimum wage laws, work hour limitations, vacation requirements, family leave laws, health insurance mandates, overtime regulations … should be eliminated, along with every program that rewards sloth. Private charity will ensure that those worthy of receiving a helping hand will get it.

Employment is not encouraged when businesses are buried under a mountain of regulations – regulations that require hiring a team of lawyers who produce nothing of value, that discourage or prohibit useful economic activity, and that make it impossible for innovative businesses to introduce needed efficiencies.

A four-year goal of eliminating 90% of federally imposed regulations should be established. A good start would be to eliminate a dozen agencies and give the survivors a goal of reducing their regulatory volume by 50%. Cutting their staff by 50% in the first six months of your administration might convince them you mean it.

Of course, Obamacare should be one of the first things to be eliminated, but the regulations that preceded it need to be flushed out at the same time.

Buying healthcare services should be just like buying anything else. Individual consumers need to be cost sensitive so that the healthcare market is driven to be efficient and competitive. Insurance policies should not be designed to make the consumer insensitive to costs. You don’t buy food insurance so you can just owe a $10 copay when you grocery shop. Your annual physical, if you want to buy one, should be no different.

Of course, it should be legal to buy an insurance policy that covers your daily aspirin tablet, but you might note that no one buys or sells food insurance. Why? Because such a policy only encourage excess consumption and increased costs.

The same is true for health insurance. The content and pricing of health insurance policies need to be left to the free market. If you smoke three packs a day, are 300 pounds overweight and jump motorcycles for sport, expect your premiums to be on the high side and don’t ask others to foot the bill.

Finally, every dollar of taxes expropriated by the government weakens the economy and stifles economic growth and job creation. Taxes shift resources from productive activities to mostly unproductive, and often destructive, activities. Only the core functions of government, those enumerated in our Constitution, represent necessary exceptions. Eliminating taxes and flattening the few that remain would provide both the incentive for entrepreneurial activity and the capital needed to fund it.

So, Governor, are you ready to lead America’s resurgence? Are you ready to institute an effective anti-poverty program, one that will really help the downtrodden?

Here are the keys to America’s future, your election, and your immortality: Eliminate barriers to employment. Increase the rewards of working and investing. Clear out the obstacles to commerce. Free the market to innovate and improve economic efficiency. Stop government from expropriating private property and draining the lifeblood of our economy.

In short: remove the yoke of government from our shoulders and let all Americans prosper.

Proud Americans Ready to Get Back to Work!

7 Responses to "An Open Letter to Mitt Romney"