By Tom Duggan on October 17, 2016Comments Off on Audit Finds Cops Moving to MA Did Not Receive Training on State Laws within Required Timeframe 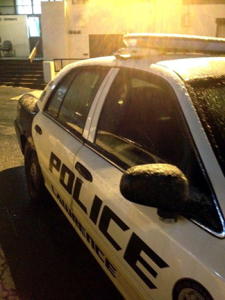 “Communities rely on the Municipal Police Training Committee to ensure officers are properly trained. When they are not, it hinders officers’ ability to do their job, and jeopardizes community safety,” Bump said. “This shortcoming means officers were serving communities without critical knowledge about our state and its laws. The Committee has recognized this deficiency and reported that it has taken steps to address it.”

State regulations require that any police officer from another state who is hired by a Massachusetts police department, and is granted an exemption from completing the Massachusetts police training academy, must complete the online Massachusetts Police Officer Orientation Training Program within 90 days. This training provides an overview of Massachusetts’ laws, as well as information on suicide prevention, ethics, hate crimes, domestic violence, and sexual assault.  According to state regulations, failure to complete this training within 90 days prohibits the officer from exercising police powers in the state. MPTC told auditors that they were aware of the problem, and it was a result of staff turnover in the office.

The audit recommends MPTC educate additional employees about the system that manages this training to ensure it is not disrupted by turnover. Since the audit was completed, MPTC reports that it has resolved the issue, is transitioning to a new system to streamline the process for completing this training, and all officers have completed the requisite training and testing.

The audit also found that MPTC had not resolved deficiencies in its inventory process, which were identified in a previous audit conducted by Bump’s office. These deficiencies put equipment at the MPTC at higher risk of loss, theft, or misuse. The inventory problems were not related to firearms. The audit recommends that MPTC conduct annual physical inventory counts, update its inventory list when appropriate, tag inventory items, and notify its procurement officer when items are moved or discarded.

Additionally, the audit found that the agency was not effectively engaging non-voting board members, noting that most of these members had not attended a meeting in more than six years, and that the MPTC has not filed a required annual report with the Massachusetts House of Representatives and Senate since 2002.

The MPTC, which is an agency within the Executive Office of Public Safety and Security, develops, delivers, establishes, and enforces training standards and approves training schools for municipal police officers throughout Massachusetts. The audit examined the period of July 1, 2013 through June 30, 2015.

The audit is attached. audit-report-municipal-police-training-committee

Audit Finds Cops Moving to MA Did Not Receive Training on State Laws within Required Timeframe added by Tom Duggan on October 17, 2016
View all posts by Tom Duggan →