Bizarre Shooting at McDonalds in Methuen over Stolen Car Doors

By Tom Duggan on January 8, 2019Comments Off on Bizarre Shooting at McDonalds in Methuen over Stolen Car Doors 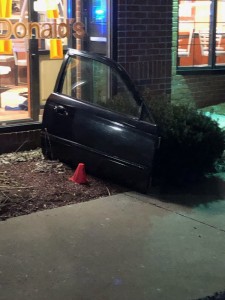 VIDEO OF THE AFTERMATH

Police were called to the McDonalds on Haverhill Street in Methuen for a call of shots fired late Monday evening.

When police arrived they found a man with three gun shot wounds.

Sources say that a couple pulled into the parking lot of McDonalds to sell two car doors they had listed on a for-sale phone app.

When they arrived they met with ten people in three different cars. As the victim exited his car with the extra car doors for sale, one man assaulted the victim and then pulled out a gun and shot him. 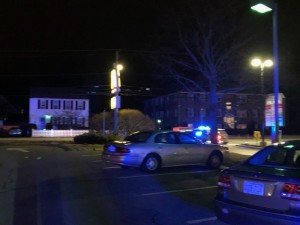 As the shooter ran back to his car he fired again and then fired more shots from inside his car. The car doors were registered to a Henry Infante of 309 Prospect St. in Lawrence and were reported stolen a week ago.

The shooter fled in a gray Accura License plate #9TN 978. The shooter is described as a light skinned, Hispanic, male with glasses and a goatee

The shooter did not take the car doors.

Police called in the canine unit and found at least six bullet casings in the parking lot.

More as it develops.

Bizarre Shooting at McDonalds in Methuen over Stolen Car Doors added by Tom Duggan on January 8, 2019
View all posts by Tom Duggan →