By John MacDonald on August 24, 2014Comments Off on Blue Dog, JFK Democrats Need to Stage a Comeback 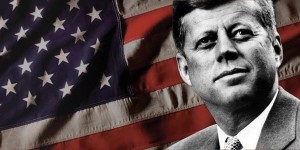 For some time now it has bothered me how the tide has turned against the classic blue dog, John F. Kennedy Democrats. The tide I describe isn’t a Republican tide, but rather a Progressive tide that has overtaken the Democratic Party. A battle within the Democratic Party that by all accounts seems to leave JFK Democrats in the dust and forgotten. JFK Democrats are chastised, if not just blatantly ignored to benefit an extreme left wing, Socialist, hyper oversensitive political correctness wave, called Progressives. Progressive leaders like President Obama, Senator Warren, Senator Markey and Governor Patrick, just don’t have any tolerance at all for fellow Democrats who are unwilling to subscribe to their brand and wing of the Democratic Party… and it shows.

JFK Democrats are what I classify as Democrats who fight for the working person, fight for strong unions that put people to work. They love good businesses that employ people and support them. They understand that welfare is a hand up not a federal giveaway program to secure future voters. JFK Democrats are those who have traditionally fought against unfair business practices and are fiercely loyal proud Americans who bleed for the red, white and blue. JFK Democrats have proven to fight for Democracy around the world and are proud of their country and what we represent.

Progressives, well they have transformed the Democratic Party into a party that fights for the non-worker vs. the worker. They fight against business vs. supporting business. They fight for socialism and are staunch fighters against capitalism. They prefer to turn against allies in the world like Israel and support terrorist organizations like Hamas. They wish to co-exist and negotiate with terrorists, rather than eliminate them. They fight for illegal immigration vs. supporting those who chose to abide by the law to obtain citizenship. They fight to feed and house illegal immigrant children vs. taking care the less fortunate children and Veterans here in America. They are ashamed of American exceptionalism vs. being proud of what has made us exceptional and a beacon of leadership in the world.

So where has the JFK Democrat gone? I suspect they are still among us, but over the last few decades have become the silent majority. A silent majority in the Democratic Party that has stood by and watched the minority Progressive wave slowly plant its roots, while at the same time willingly accepting unwarranted criticism and being cast aside by the vocal Progressive activists.
Why? I’m not sure.

I can say that it is time for those of you who still believe in the JFK branch of the party to get vocal and fight. Take your party back, before the Democratic Party implodes completely. Embrace and recruit candidates that have shown the ability to lead and deliver results, while proudly displaying their zeal to make local, state and federal government better.

Are you looking for an example? Are you finding it difficult to identify a JFK Democrat these days? I can point to a few like Lowell City Councilor Rita Mercier, State Representative David Nangle and State Representative Tom Golden. However if you seek a new face, I’ll offer up someone who should be recruited for higher office and leadership in the Democratic Party. That person is Lowell Mayor Rodney Elliott.

Mayor Elliott is a Democrat. He’s shown almost two decades of fiscal discipline, an ability to challenge unfair practices in the community, and a leader who emulates the principals of the classic JFK Democrat. Whether it is at the forefront of demanding new economic development practices to put Lowellians to work or fighting against non-commonsensical approaches of wasting the taxpayer’s money, Mayor Elliott has proven to be a force to be reckoned with. He’s led the City through the tragic Branch Street fire, he’s led us through gang violence issues and shootings, he’s demanded more police on the streets and has shown support for union’s that have done right by the people they represent. He’s fought against the vocal Progressive minority that have publically shown him disrespect and made unfounded, untrue and reckless remarks toward his leadership and personal life. He’s stood tall through it all.

So where would I like to see Mayor Rodney Elliott within the Democratic Party in years to come? Perhaps the State Senate? Perhaps as a State Representative? Honestly where I would really like to see Rodney Elliott, a JFK Democrat, is in the United States Congress. Congresswoman Tsongas will not run forever. When she finally decides to hang it up, perhaps Rodney Elliott could be recruited to not only represent the 3rd Congressional District, but represent the JFK wing of the Democratic Party?
It’s time Blue Dogs… Bite back!