By Tom Duggan on June 17, 2014Comments Off on Candidate for US Senate Bob Smith Talks About Illegal Aliens, War on Women Part II

THIS IS PART II.
(READ PART I)

The Valley Patriot’s Tom Duggan and Justess Jacobson sat down with former US Senator Bob Smith who is once again running for the Senate. He will face former Massachusetts Senator Scott Brown in the Republican Primary.

TD: Why do you think in this country, people don’t get that there are millions of Muslims around the globe who are trying to come here and destroy us at home? They build mosques here, they’re preaching their hate here. They’re training here in this country. They’re also building training camps. We get the daily reports from law enforcement all over the country. Why don’t people get that the enemy is here? We never would have allowed the Nazis in World War II to set up recruiting stations in downtown New York, and yet for some reason, we’re allowing Fascist Muslims … 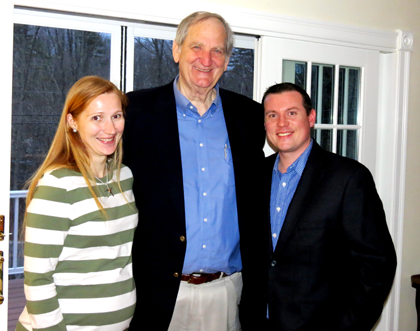 We have to be careful, our civil liberties have to be protected, but when we clearly have evidence of terrorists in this country, who are not U.S. citizens, most of them, we have every right to monitor them. That’s truly what we should be doing, not monitoring U.S. citizens who do not have the reason to be monitored without any probable cause. I have not seen any national security intelligence or military intelligence in 12 years. I’ve been out of office. But I saw it 12 years ago and I can tell you, 12 years ago there were terrorists in this country. There are terrorist training camps in this country, and we know where they are, but the problem is this insidious situation with illegal immigration, especially from the southern borders.

We know that there are Muslim terrorists coming through Mexico, and into this country. They get in here, and it’s scary. You know, I don’t want to raise alarms here, but I asked this question. This’ll give you the chills. I said to one of the top people in the intelligence community just before I left office in 2002 in the CIA. I said, I want to ask you a question. ‘What keeps you up at night?’ They already had 9/11, and that’s pretty bad, you know, commandeer planes crashing them in New York City and into the Pentagon.

“What keeps you up at night? What really scares the daylights out of you?”

He said, “Let me preface the answer by saying, ‘We have no evidence that this is going to happen, but you asked me what keeps me up at night, could it happen? And here’s what he said. He said, “Could you imagine getting up on a Sunday morning, say 10 or 11 o’clock in the morning, turning the TV on, and CNN, Fox, whatever you’ve got on, says breaking news. ‘A Church in Montclair, New Jersey, with 500 people in it was blown up this morning by a terrorist… Wait a minute, wait a minute. Breaking news, Austin, Texas, a library, in Austin, Texas, today, blown up today. Wait a minute, wait a minute, New York City, it’s coming in one right after the other. New York City, Sacramento, Denver, Tallahassee. All apartment buildings, restaurants, soft targets, libraries, whatever. All the churches, synagogues, all at once. 9am, 10am, 11am, the same hour, same day, coordinated, 100 different cities. He said they could do it, and if they did, it would be absolute pandemonium in this country. There are apartment buildings, where at that time I had seen evidence where a guy, a terrorist, could literally rent an apartment, lease an apartment, in a building that has 100, maybe 500 families in it in New York City.

I don’t know, where Trump Tower or someplace, and … Bring a bomb in, piece by piece, set it up, set it off. We have cell phone capabilities now. We have all the technology to do this stuff. And he said that would just cause absolute pandemonium in this country. It would put everybody in total fear, and he said, that keeps us up at night, and that’s why we have to monitor carefully who comes in here, and that’s why illegal immigration should stop. We should seal the borders and allow legal immigrants that we know who they are and we know why they are coming here. 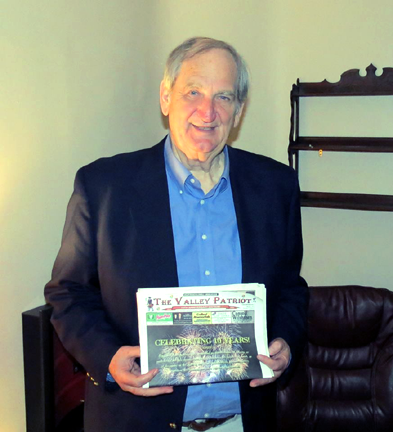 BS: That’s probably a little too far. But I’ll tell you what, we can have enough border patrol and people will say, “Wow, that’ll cost a lot of money.” It won’t cost as much as what it costs for the damage they do when they get here. The benefits that they take, the crimes that they cause, the services we have to provide. All of that is a lot more than what it would cost to guard the borders.

BS: They’re still here illegally and I think that is a difficult part of the discussion. I’m not in favor of amnesty, period. I think that amnesty is wrong. It sends the wrong message. I think what you have to do is they have to be removed and get in line for citizenship like everybody else. There may be a reason why they should have, maybe a little more of an opportunity to get here, but first, they have to be removed. They’re illegal people. They are illegal citizens, and it’s not fair to the people who want to get here legally. I know it’s disruptive, and I know it’s harsh, but there are things you can do once they’re removed and we look at the situations on an individual basis. Fine, but you can’t reward that activity, in my view. I know it’s a tough part. You ask a very difficult question, but I can’t support amnesty.

TD: The other side says ‘how unfair it is to some of these kids’… I’m going to focus on the kids for a minute; you know whenever you argue with a Democrat, they always take the exception to every rule, so I want to stay focused on that if you don’t mind. There are kids that just find out when they are just applying to college that they were brought here illegally. They’ve lived here their whole lives, and those of us on the right have taken a really strong stand, saying, “Well, you know, it doesn’t really matter the circumstances. You have to go home.” Well, to them, their home is here.

BS: Well, I’m still sticking to my position. No amnesty. I blame that on the lack of enforcement of the laws by the Federal Government. We have laws, and if you know that somebody is illegal, then don’t allow them to stay here and raise children here and create these problems. A lot of these people are not hiding. They’re illegal.

TD: They’re rallying in the streets with signs.

BS: Exactly. Nancy Pelosi spoke to a thousand of them … I don’t know how many of them, but I thought it was a thousand people, a bunch of illegals that she spoke to a couple years ago. Well, if you know they are illegal, and she is speaking to them, why are they here? Why are they not processed in and processed out? It’s no different than anything else. If you move from one region to another region of the country and you have children, your children go with you. That’s where they go. And yes it’s hard, but maybe the parents should have thought about that. Parental responsibility here. They brought children in here illegally, and they gamed the system.

It’s not the children’s fault. I would agree with you on that. That is a very difficult situation, but you have to deal with it. You can deal with it humanely, but first, you have to remove illegal aliens from the country, and then you start with whatever you’re going to do. If there are special cases where there are people who deserve for whatever reason, to come back legally, and have that work through the city and have them come back legally, but no amnesty, no special privileges.

TD: Republicans are painted by the national media as not caring about poor people, not caring about minorities. I want to give you an opportunity to address that. If you become a Senator for New Hampshire, what will you do to help people who are poor people, who are indigent people, who are minority, who are having a hard time, whether it’s because of racism, the economy, whatever the reason is that they’re in the state that they’re in. What will you do as a Senator for those individuals? You are going to get that after the primaries, so I am going to hit you with it now.

BS: The first thing you do is create jobs. You have to… I don’t want to be impersonal about it, you asked a very impersonal question. You deregulate, you cut taxes, you cut spending, and you encourage the economy so that’s there’s growth in people… some of these people are in tough situations, who need jobs desperately. They’ll get jobs, and they’ll have the opportunity to seek and receive the employment and take care of their families, as most citizens want to do. They don’t want be wards of the state. They want to have equal opportunity, but not equal results. You have to have the equal opportunity. That’s what America’s all about. You don’t guarantee results. You just give people the opportunity. So we’re always accused of war on women, for example.

TD: That was my next question, so I’m glad you brought it up.

BS: War on Women is when you tell a woman that she can’t have her own doctor. She’s six months pregnant. She’s had two children and now she’s being told, “You can’t have that doctor anymore. You can’t have your health insurance anymore. Or some woman perhaps wants to form a business. It’s a small business and they can’t afford to do it because of regulations, taxes, all these insidious things that the government demands of them. That’s a war on women. And men too, but it’s also war on women. So I think government needs to be there to help us. That’s why we created it… to defend us, to build highways perhaps, or cleanup rivers, build up highways, or open rivers, so we have transportation. That’s a legitimate… to protect our Defense, defend us. Those are legitimate Constitutional responsibilities, but most of this stuff is not. The Department of Education is not.