By Christine Morabito on May 12, 2015Comments Off on Cape Wind Project: A Tale of Crony Environmentalism (Part 1) 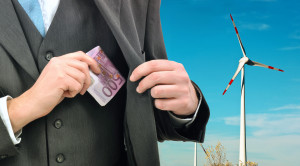 It would make a great movie. The story begins in 2001, with an elaborate plot, filled with beautiful, wealthy, and powerful people. There are cowboys and Indians, Kennedys, whales, drugs, sex and of course, lots of lawyers. In the end, the people of Massachusetts dodge a bullet, or at least we think so. Until we realize that the monster is still alive. Though wounded, our nemesis can still bring on the hurt. Meanwhile, we learn some shocking details we were never supposed to know.

The monster is the costly and controversial Cape Wind Project, and this is a true story.

We are told ad nauseam that the wind industry cares more about the planet than those greedy, polluting, fossil fuel capitalists. We are expected to believe that their motives are as pure as the wind driven snow. Following, is a story about the cozy relationship between wealthy developers, politicians, regulators and other public officials, who, instead of looking out for the people of the Commonwealth, were looking out for themselves.

The president of Cape Wind Associates, LLC is Jim Gordon, a former oil and gas tycoon who wanted to diversify his portfolio and build America’s first offshore wind farm. His grand vision was for 130 wind turbines, each over 400 feet tall, with spinning blades as wide as football fields, and a 10-story transformer substation, projected to hold 40,000 gallons of oil. In total, the project would lay siege to over 24 square miles of Nantucket Sound.

Gordon never expected the resistance he encountered. Environmentalists were concerned about the effect on birds and marine life. Fishermen worried they would lose their livelihoods. Aviation professionals doubted that surrounding airspace would be safe. Navigation experts suspected that freight and passenger boats might be in danger. Native American tribes feared the loss of sacred ancestral and spiritual sites. Homeowners were afraid their property values would plummet and tourism would suffer. And taxpayers were apprehensive about the cost, both of the project itself, and of the wind energy, currently about 3 times as expensive as traditional energy sources.

So began study after expensive study, town meeting after contentious town meeting. But the people weren’t budging and the project was interminably delayed.

Folks were right to be concerned. The Passenger Vessel Association stated, “The location of 130 wind towers in close proximity to existing ferry routes to the islands of Nantucket and Martha’s Vineyard poses unacceptable safety risks, including possible collision and interferences with navigational radar.” An early Federal Aviation Administration report said turbines posed a “presumed hazard” to air travel.

The American Bird Conservancy was disappointed in the impact studies, saying, “… the science collected for the project on bird collision threats was inadequate, and the site will reduce prime offshore sea-duck foraging habitat.”

Suffolk University’s Beacon Hill Institute conducted 2 studies. One found that Cape Wind’s cost outweighed potential benefits and that it would never survive without government subsidies, and another estimated a loss of up to 2,533 tourist-related jobs, a net loss of more than a billion dollars to the local economy.

The people also distrusted the infamous federal regulator, Minerals Management Service (MMS), who, in 2008, the U.S. Office of Inspector General, Earl Devaney called, “a culture of ethical failure.” The agency has since changed their name to Bureau of Oceans Energy Management (BOEM) – and for good reason. MMS was in charge during the horrific 2010 Gulf Oil Spill. But, instead of performing inspections, they were performing in another capacity altogether – partying, doing drugs and having sex with the oil and gas representatives.

The more people learned about Cape Wind, the more they hated it. For the project to survive, the will of the people needed to be crushed. It was time to call in some political favors.

The Boston Herald reported that Cape Wind developers spent nearly $700,000 for federal and state lobbyists (“Ed Markey, lawmakers rake in Cape Wind dollars,” May 20, 2014). Much of that money was used to grease the palms of politicians who served on energy and environmental committees, or influential lawmakers who were sympathetic to the cause. Here’s where some of that money went:

Cape Wind was also seeking an investment tax credit worth $780 million plus a $500 million loan guarantee from the Department Of Energy.

With all this money and influence in the hands of wind developers and policy makers, who was looking out for the taxpayers who would ultimately pay for the project? Who indeed.

Much more to come. Look for Part 2 in June!

Sex, Drug Use and Graft Cited in Interior Department

Save Our Sound – Top 10 Myths about Cape Wind