By Christine Morabito on June 14, 2015Comments Off on Cape Wind Project: A Tale of Crony Environmentalism (Part 2) Did Mass Audubon Sell its Soul to the Wind Industry? 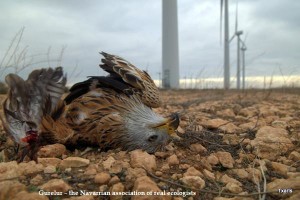 As an environmentalist and bird lover, it gives me no pleasure to criticize the largest conservation organization in New England; an organization of which I am a member. Personal conflict aside, it seems apparent that Massachusetts Audubon Society’s support for a massive industrial project threatens thousands of birds a year.

As discussed in Part 1 of this series, wind farms are prolific killers of birds and bats. It is estimated that by 2050, with the expected increase in wind development, the industry will be responsible for killing at least 5 million birds a year and untold millions of bats.

The decade-long relationship between Massachusetts Audubon Society (MAS) and the Cape Wind Project is laden with inconsistencies. In February of 2005, MAS had serious concerns about the proposed 130-turbine offshore wind project’s environmental impact on Nantucket Sound, and responded in a lengthy testimony to federal regulators. Most significant was their estimation that the turbines, in the path of a major migration route, would kill between 2,300 and 6,600 birds a year.

Curiously, the above estimate was later denied by Audubon’s Taber Allison, former Vice President of Conservation Science and Ecological Management, in a letter to the editor of South Coast Today, (“Letter writer gets bird facts wrong,” August 3, 2006). Allison has since left MAS, to become Director of Research and Evaluation for American Wind Wildlife Institute, working in partnership with the wind industry.

However, by March 2006, MAS, overlooking enormous data gaps, had a monumental change of heart, as Jack Clarke, Director of Public Policy and Government Relations, told the Boston Globe, “Our preliminary conclusion is that the project would not pose a threat to avian species.” Admittedly, there would be bird deaths, but MAS would not comment on how many they considered acceptable.

In a final statement, August 2013, Audubon claimed to have conducted intensive studies, including a visit to Denmark’s offshore wind farms (Nysted and Horns Rev) during the 2005 spring bird migration. However, MAS previously conceded “There are few offshore wind farms worldwide, and none of comparable size, from which to gauge the potential impacts of this project on birds and other wildlife.” Audubon announced, “To date, no collision mortality has been reported at the Danish offshore wind farms, although measuring mortality in the offshore environment is difficult.”

Offshore bird mortality cannot be studied the same way we study land-based wind sites – by searching the ground for carcasses. The sea is an extremely harsh environment. Birds and bats killed by turbines are likely to become fish food, sink or drift away with the currents. 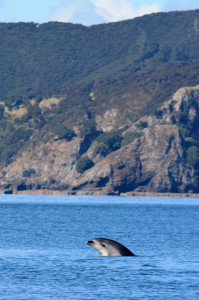 National Wind Watch commented on Denmark’s wind farms in their piece, “Wind power plan threat to wildlife.” Plagued by problems since the beginning, Horns Rev’s offshore wind turbine transformers “proved to be incapable of tolerating the harsh weather and salt water. In May, 2004, 80 defective wind turbines had to be shipped elsewhere for repairs.” Marine biologists in costal England became concerned in June 2005, when hundreds of seals were disturbed by wind turbines, affecting their breeding. “Many pups were born dead or abandoned by frightened mums.”

Little is spoken of Cape Wind’s oil spill risk. A 10-story transformer substation is projected to hold 40,000 gallons of oil. According to the developer’s own studies, in the case of a spill, there is a 90 percent chance that oil will reach the shoreline of the Cape and Islands in less than 5 hours. The turbines themselves each contain 190 gallons of oil. Land turbines have been known to leak oil and contaminate groundwater. That’s not green, on land or at sea.

Another concern is industrial noise and its affect on marine creatures, many of whom feed, breed and navigate by sound. The Army Corp of Engineers anticipates Cape Wind construction related noise decibel levels of 180 at 1,220 meters (a jet engine is 140 decibels). The Oceanic Preservation Society reports, “Whales, dolphins and other marine mammals that have been caught in the wake of sonar have died of cerebral hemorrhaging or intentionally beached themselves in a desperate attempt to avoid the ear-splitting resonance.”

I find it absurd that the environmental impact studies examined by federal and state agencies were done using General Electric 3.6 MW wind turbines which were discontinued by GE for failure to withstand the harsh marine environment. Questions were raised about advancing the permitting process using failing technology, but those concerns were ignored. A possible replacement turbine was not announced until just before the project was approved, which begs the question: Exactly what technology were the entities reviewing?

Mass Audubon stressed that Cape Wind be subject to careful and specific permit conditions. So, why did they embrace a project that got special exemptions from procedures that applied to every other offshore wind project? Why were permits waived and sweetheart deals made to benefit a private developer?

It is beyond comprehension that a massive offshore industrial project of such magnitude; 130 wind turbines, 417 feet tall, in 15-foot waves, with spinning blades as wide as football fields, covering 24 square miles, in often foggy, noisy conditions, would be safe for any biologically sensitive location. Nor can I imagine a parallel universe where we would accept this level of environmental risk, were it posed by an oil company. 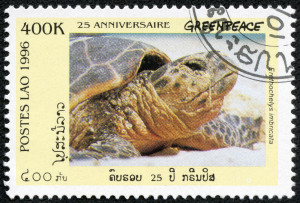 Mass Audubon’s 180 degree turn coincided with a “Challenge” to the Cape Wind developer as a condition of their support. They challenged the corporation to finance the monitoring of future environmental impacts (industry code for carcass counting), along with a comprehensive mitigation package (attempts to reduce harm). There is little doubt that Mass Audubon, as one of the area’s largest conservation groups, would be the recipient of the aforementioned contract, with an estimated value of $8 million. Money can be seductive, especially to a non-profit organization.

After MAS presented their challenge, there was distinct shift from bird advocacy to wind advocacy. Much like their fellow environmental groups, Sierra Club (at least certain chapters) and Greenpeace, they traded environmental activism for political activism.

Case in point: Cape Wind poses a serious threat to marine mammals, yet Greenpeace is one of their biggest cheerleaders. “We can dance with corporations or we can dance on them,” said Kate Smolski, a former spokeswoman for Greenpeace USA. This is why Patrick Moore, a Greenpeace founder, refers to their recent tactics as “blackmail in the boardroom.” Moore jumped ship when the group attempted to ban chlorine – an important element in the periodic table.

Wildlife Biologist, Jim Wiegand believes we are seeing “the new face of Audubon” which operates more like a corporation. This shift began, he says, when National Audubon Society failed to adequately protect the endangered California condor from extinction by turbine. While some Audubon chapters still advocate for birds, their overall record is spotty.

Evidence suggests that wildlife collision data is biased in favor of the wind industry. Mortality disclosure at wind farms is voluntary, relying on powerful corporations to self-report. This is a world-wide problem, where consultants, hired by wind developers, have a vested interest in pleasing their employers, hence, hiding the bodies. One trick of the trade includes counting only carcasses found in designated areas, while ignoring the rest.

I applaud efforts by conservation organizations to impose stricter regulations on the wind industry. Since 2010, the American Bird Conservancy (ABC) has been advocating for mandatory permitting guidelines – like those required by oil and gas companies – to reduce the deadly impact of their technology.

I spoke with Michael Hutchins, Ph.D., Director of Bird Smart Wind Energy Campaign at ABC, who said, “Some environmental groups have fully embraced wind, without asking the important questions. They see birds and bats as collateral damage,” in the quest for renewable energy. The Conservancy is pro-wind, but advocates for careful placement (siting) of the structures, avoiding sensitive wildlife areas (such as Nantucket Sound). “Once the turbines are up, they’re not coming down.” as in California’s Altamont Pass, where thousands of birds and bats are mutilated yearly. 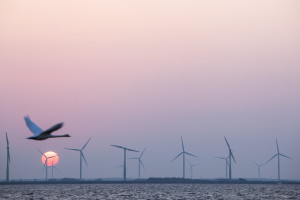 My comments are not meant as an indictment of the many, dedicated Mass Audubon employees and volunteers I have met and worked alongside. As in many industries, management is often tragically out of step with the rank and file. It is my sincere belief that the top brass at Mass Audubon have betrayed not only the wildlife they are entrusted to protect, but the membership they represent.

The above column is Part 2 of a series. Read Part 1 – More next month!

Save Our Sound: Update on Cape Wind Fight (video)

An Ill Wind Off Cape Cod

Sound exposure in harbour seals during the installation of an offshore wind farm: predictions of auditory damage