By Tom Duggan on September 8, 2017Comments Off on * CAPTURED* Lawrence Police Capture One Man Crime Spree in Early Morning Raid

LAWRENCE –  Lawrence Police have apprehended a violent felon who was wanted by multiple area law enforcement agencies on numerous charges.

In the early morning hours of Sunday September 3, 2017 – with the assistance of State Trooper Dolan of the Violent Fugitive Apprehension Squad – the Lawrence Police Department’s Emergency Response Team executed the warrants listed below for Henry Rubiera-Cruz.

Mr. Cruz was taken into custody without incident. Mr. Cruz was arraigned on Tuesday at Lawrence District Court and was held pending a dangerousness hearing.

HENRY RUBIERA-CRUZ, AGE 19, OF LAWRENCE was arraigned on Lawrence Police Department charges of Home Invasion, Armed Robbery and Kidnapping charges. He is also wanted by police in Middleton, Haverhill and Salisbury on the following charges:

RUBIERA-CRUZ was considered armed and dangerous and has allegedly been on a crime spree throughout the region since skipping a court date for an armed robbery case out of Essex Superior Court.

Over the course of the last week, RUBIERA-CRUZ is suspected in least two armed robberies in the city of Lawrence. RUBIERA-CRUZ is also a known member of a violent street gang.

Chief Fitzpatrick said. “Without the cooperation of other law enforcement agencies throughout the region we would not have been able to capture this suspect.”

Cruz is also suspected in two successive shootings on Friday afternoon in Lawrence where one man was shot in the back on Park Street. His wound was not life threatening.

Valley Patriot sources say they believe Cruz is also responsible for a shooting on Brook Street just minutes after the Park St. Shooting. There were no shooting victims found in the Brook St. Shooting 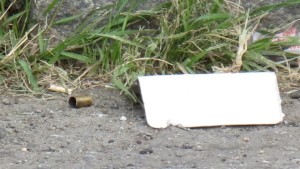 Cruz is also wanted by multiple law enforcement agencies on numerous violent charges throughout the Merrimack Valley including; Middleton, Haverhill, and Salisbury on the following charges:

Cruz is considered armed and dangerous and has been on a crime spree throughout the region since skipping a court date for an armed robbery case out of Essex Superior Court. 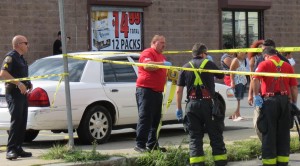 Over the course of the last week, Cruz is also suspected in at least two armed robberies in the city of Lawrence.

He is a known member of a violent street gang. The Lawrence Police did not release the name of the gang he belongs to.

“This suspect is a dangerous felon and we have made apprehending him a top priority,” Chief Fitzpatrick said.

“We are coordinating with other law enforcement agencies throughout the region to locate this suspect.” Chief Fitzpatrick warns that Rubiera-Cruz should not be approached for any reason if spotted.

If anyone has any information on this suspect’s whereabouts, they are asked to call the Lawrence Police Department at 978-794-5900.

These are allegations. All suspects are considered innocent until proven guilty.