By Tom Duggan on May 23, 2018Comments Off on City Bull Dozes Another Homeless Encampment on Train Bridge in South Lawrence 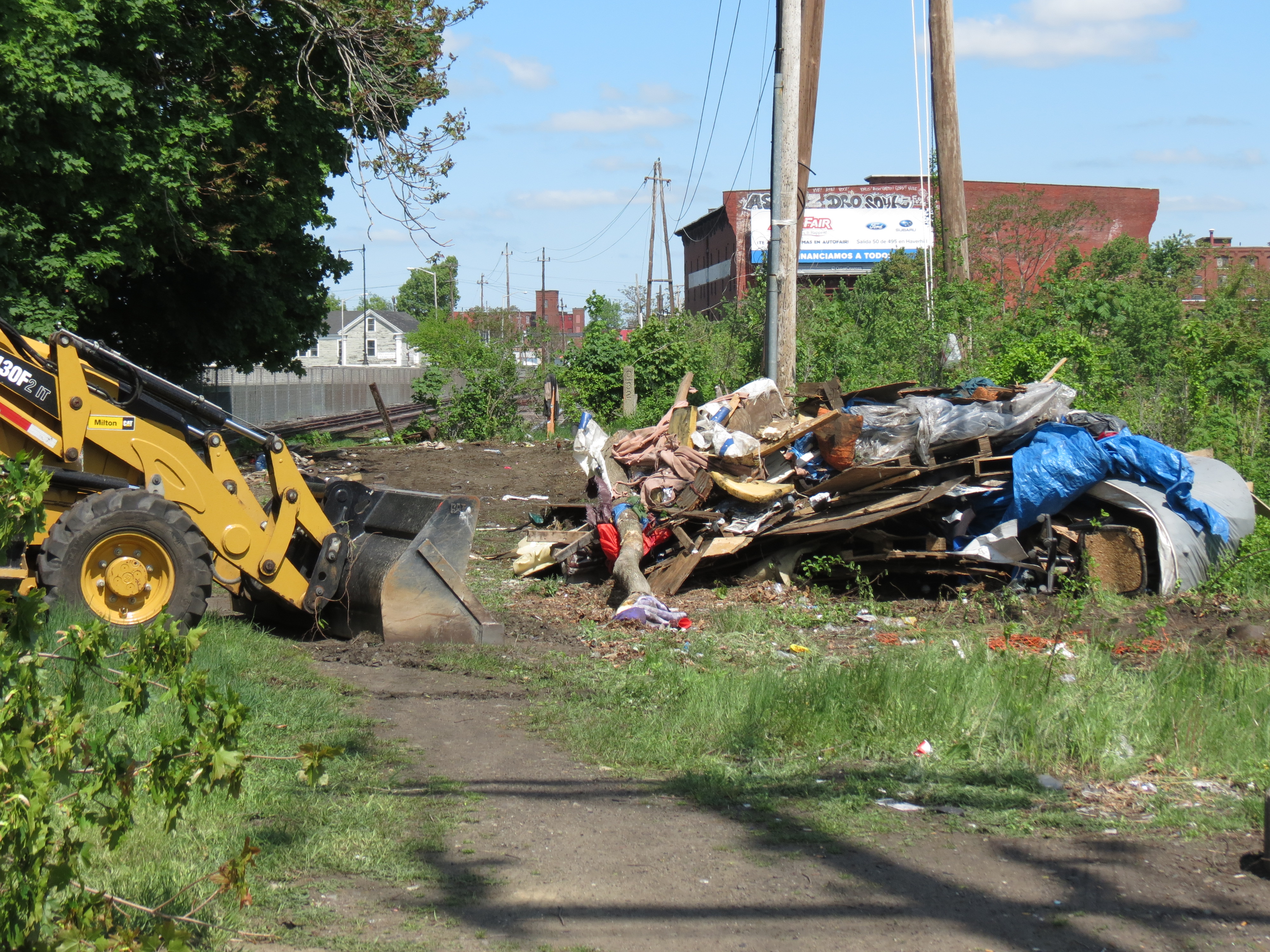 A homeless encampment on the railroad bridge adjacent to the water falls in South Lawrence has been bulldozed by the Lawrence DPW with the assistance of the Lawrence Police Wednesday morning.

The encampment, made up of half a dozen tents and make shift structures has been inhabited by homeless people for the past three years.

City workers said that they were there to permanently clean up the area, which was strewn with dirty needles, garbage, stolen bicycles, human waste, and the remnants of personal belongings left by those who had inhabited the area prior to today’s clean up.

Lawrence Police Chief Roy Vasque said that there was a coordinated effort with Mayor Rivera’s Homeless Coordinator Anil DeCosta and the Lawrence DPW.

“We are not going to allow people to just pop up tents all over the city,” Chief Vasque told The Valley Patriot Wednesday. “There needs to be some thought as to safety for them and for the residents of the city.”

Last fall, the city cleared out a homeless encampment under the Casey Bridge (also known as the central bridge) after it was learned that dozens of tents at that location were being rented out by one of the homeless people who beat up and intimidated the homeless to pay up, sell drugs, or prostitute themselves in order to stay there.

At the time, Mayor Rivera told The Valley Patriot, “This is really something the state or the federal government is better equipped to deal with. We just don’t have the resources to manage this. So, we are doing the best we can. This is not a humane place for anyone to be. Nobody would want a member of their family under there, believe me. They need to come out and get the social services and treatment to start putting their lives together. The official policy is not to encourage people to be down there.”

City Bull Dozes Another Homeless Encampment on Train Bridge in South Lawrence added by Tom Duggan on May 23, 2018
View all posts by Tom Duggan →